NEW YORK – Tajikistan assumed the chair of the Conference on Interaction and Confidence Building Measures in Asia (CICA) during a Sept. 24 meeting of the organisation’s member states’ foreign ministers. The meeting was part of the 73rd session of the United Nation General Assembly. 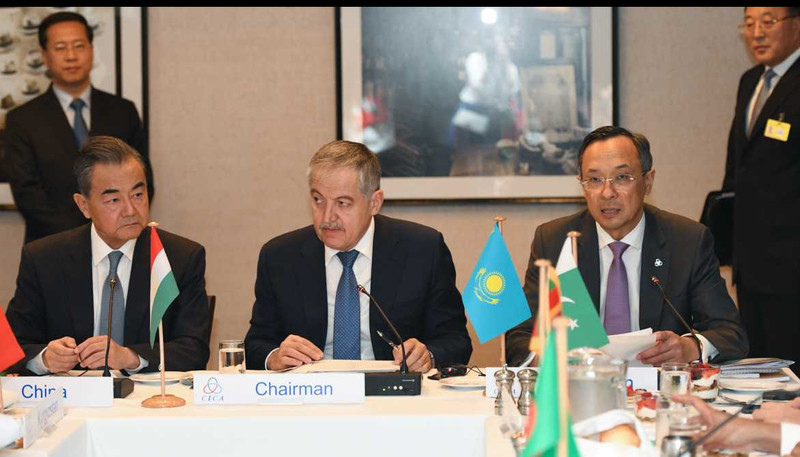 Tajikistan will chair CICA until 2020 and assumed the role from China, which held the position from 2014 to 2018.

Habibollo Mirzoev was also unanimously appointed during the meeting the new Executive Director of the Secretariat.

He also noted that the CICA youth and business councils have been established and the non-governmental forum has launched, having become a new channel for discussion and dissemination of the CICA security concept. The foreign minister also emphasised CICA’s expansion during China’s leadership, when its 27th member, the Democratic Socialist Republic of Sri Lanka joined the organisation on July 20, 2018.

The minister also emphasised Kazakh President Nursultan Nazarbayev’s initiative to establish an Organisation for Security and Development in Asia on the basis of the conference and called for further discussion.

CICA was established Oct. 5, 1992 on Nazarbayev’s initiative. CICA is an intergovernmental forum for dialogue, consultation, decision-making and implementation of measures based on consensus on security issues in Asia. CICA members include 27 Asian countries, eight observer countries and five organisations.