ASTANA – Astana hosted the Social Good Summit Sept. 21, joining countries around the world to explore the role of technology in achieving the United Nations Sustainable Development Goals (SDGs). The summit is a worldwide event organised during the United Nations General Assembly Week in New York and uniting a global and diverse community of people in their effort to unlock the power of technology in bringing the SDGs into reality. 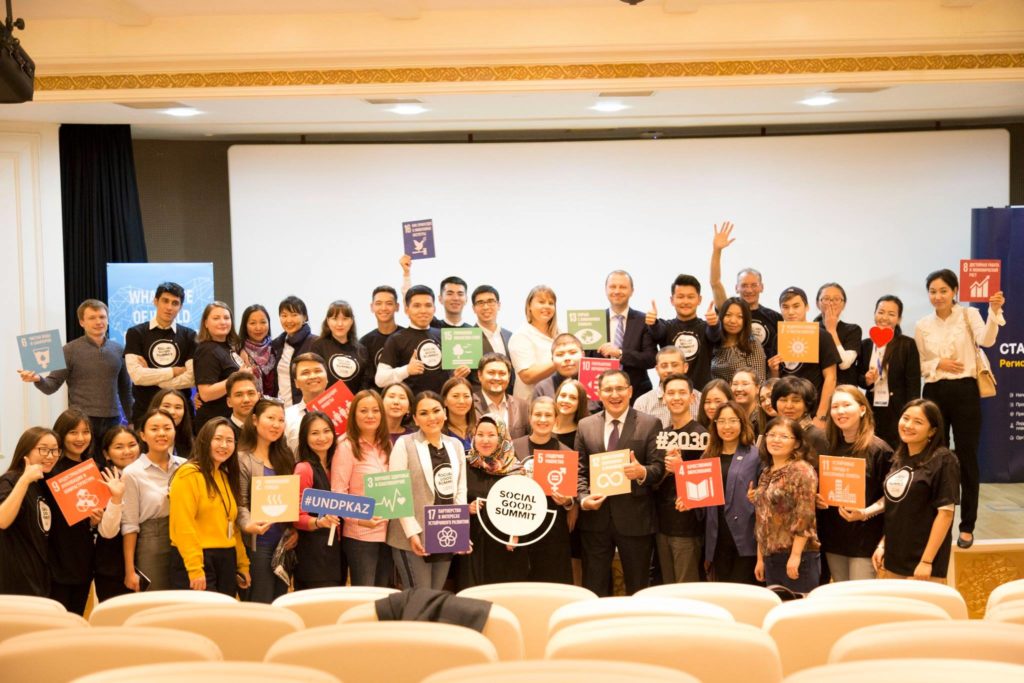 This year’s theme, “2030 Now: Partnership for Development,” followed the SDG commitment to “leave no one behind.” The agenda emphasised the importance of partnerships in addressing developmental challenges.

Speakers shared their stories of how they try to make the world a better place to live.

Dmitry Tyo, a radiology and endovascular surgery department doctor at a cardiology centre in Petropavlovsk, Russia, told the gathering about a cancer screening app that allows diagnosing cancer at early stage. He is a co-founder of the IT company NEP and also studies digital medicine in its effort to transform the country’s medicine and health sector.

iKomek, the capital’s monitoring and operational response centre, was introduced by Talgat Baltabekov. He noted residents can report any problems in the city, housing or communal services by dialling a single contact centre at 109 or contacting via Facebook, Telegram or the Smart Astana mobile app. In eight months, the centre has received more than 461,000 calls and requests.

The summit was held in Kazakhstan for the sixth time. First organised in 2010 by Mashable, the 92nd Street Y and the United Nations Foundation in New York, it has grown into a global phenomenon with the UNDP and Bill & Melinda Gates Foundation as partners. 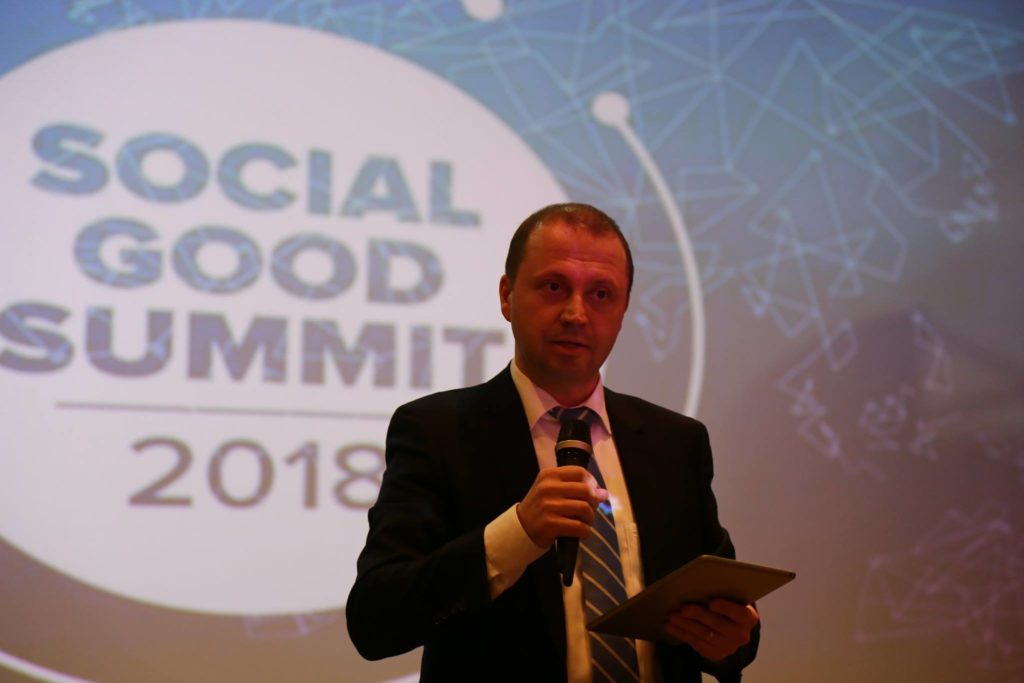 UNDP Deputy Resident Representative in Kazakhstan Vitalie Vremis noted the world is witnessing new technologies which are not only changing the planet, but also exerting influence on developmental issues and technological progress.

“The Social Good Summit is a worldwide event organised by the United Nations Development Programme in all its countries and takes place around the General Assembly, where the UN member states are coming to discuss the most important global issues. The Social Good Summit is a complement to that during which not only heads of states and ministers are discussing, but members of civil society, academia and the private sector are also gathering to say what bothers them and how they think the world should change,” he told The Astana Times.

Incorporating innovations in programmes and strategies is central to the UNDP work in Kazakhstan, he said. One example of innovation is a website it created to help farmers automate and integrate their activities.

“Since last year’s Social Good Summit, we have been presenting an innovation that helps farmers find the best ways to solve their problems, how they use a website that connects actors who are involved in rural development, for example. This brings the solutions faster. Why? The farmer who wants to do a certain thing or certain activity through the use of technologies can learn faster what he or she needs, can learn faster about the technologies that are adaptable. Using technologies, they could predict the weather forecast which is very important for farming and this portal is going to integrate all of these parameters in one place,” he said.

The SDGs, he noted, are divided into five P’s of Sustainable Development – people, partnership, prosperity, peace and planet – and each country needs to prioritise them.

“Kazakhstan has prioritised among all of these four main areas and in a number of these areas we already have been working with the UNDP. The UNDP primarily focuses here on the planet part – environment, energy efficiency, introducing renewables in the Kazakh energy sector and also diversification of the Kazakh economy, as well as promoting social development. This all is under one important tagline – leaving no one behind and taking care of everyone,” he added.