By Aidana Yergaliyeva in People on 1 September 2018

ASTANA – Aziz Zairov, a talented director, is among the winners of Kazakhstan’s 100 New Faces project. Although he modestly notes there are a number of worthy people who should be included on the list, his life story shows he was not chosen by luck or chance. 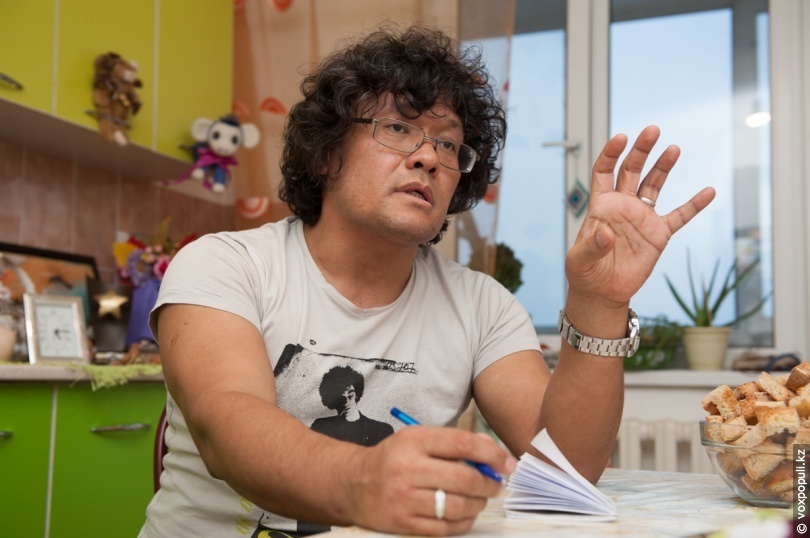 Zairov is a unique person who found will and motivation to make an impact, change the status quo for the better and inspire others to do the same in spite of the uneasy circumstances in his life.

“For me, this is a big responsibility,” he said of his selection into the group of prominent individuals. “I think that since I had such an honour, I owe my good deeds, social projects and films to change myself, my country, society and the whole world for the better. Be a vivid example for young people, especially for graduates of orphanages and for children with disabilities.”

Zairov was exposed to the toughest challenges of life too early. When he was two, he and two of his sisters were sheltered in a local orphanage. His mother died after giving birth to his younger sister, while his father started to drink and left them.

He was often bullied at the orphanage and one fight when he was 12 left him with a life-long disability of the second group. He started to smoke and drink and at one point even lived among homeless people on the verge of death. Yet at the darkest time, Zairov found the will to take control of his life.

The director never dreamed or even thought of seeking a career in cinematography until he met Kairgali Kasymov, now a famous animator who at the time was a third-year student at Zhurgenev Academy of Arts in Almaty. Zairov was hospitalised in need of an operation and Kasymov was another patient in the ward. When he learned of Zairov’s passion for reading, Kasymov suggested he enrol in the academy.

In 1998, Zairov entered the school at age 30 as a student in the cinema department. Twenty years later, he is famous for his feature films illustrating the fate of children with disabilities and actively involved in projects to develop their creativity and confidence.

For his first movie “Winter Butterflies,” he and his friend and co-author Muhammad Mamyrbekov won the Grand Prix at Cinema against Pain, a charity festival in Almaty. Mamyrbekov’s children, who have performed in other movies, starred in the feature film and they were well received by audience and critics.

“In addition to artistic value, for me these films have the opportunity to socialise people with special needs, to help them integrate into society. I aspire to ensure that our films help the children to change their real lives and help them become full members of society,” said Zairov.

Following the success of their first movie, the pair began work on “To be or not to be” and are especially proud of the film. The main character is Tahir, a young man diagnosed with cerebral palsy. The film received even greater recognition, winning the main prize at Superfest 2015, the American festival for people with disabilities. They were the first from Kazakhstan to be invited to the festival. 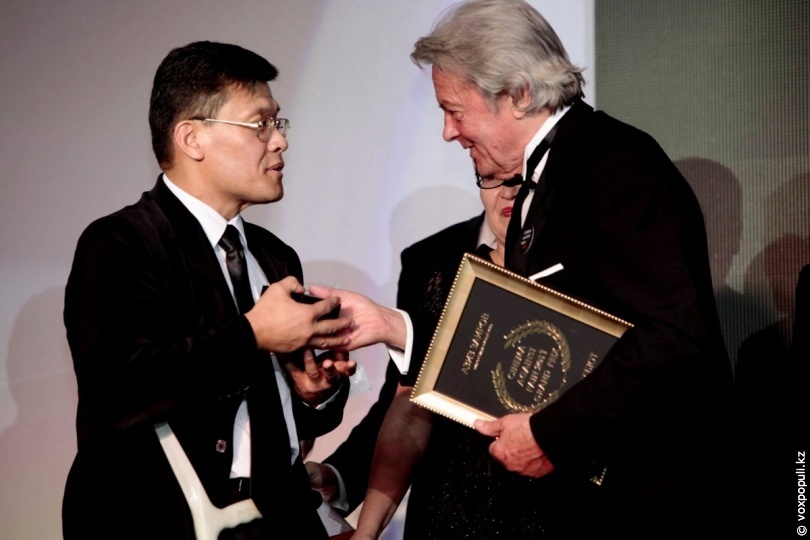 “In general, the very moment of preparation for shooting, shooting itself and postproduction for children with special interests already has a moment of socialisation. After participating in such films as actors, these guys have a higher self-esteem; they feel more confident in real life and begin to believe in their unlimited possibilities. Therefore, I am especially proud of such films. Moreover, I myself have a disability and am in some way one of those whom it is customary to call people with disabilities,” said Zairov.

The duo is now working on shooting the final part of the trilogy which began with “To be or not to be” and “The girl and the sea,” both of which illustrate the world from the angle of children with special needs. They are seeking sponsors for the film, which will be from the perspective of a mother raising a child with special needs.

Zairov has many more ideas and scenarios to show the audience that a child with disabilities needs of socialisation instead of isolation.