By Dilshat Zhussupova in People on 28 September 2018

ASTANA – Medet Chotabayev, one of Kazakhstan’s 100 New Faces, is an opera artist currently preparing for an Australian tour, where he will perform his most difficult role on the Melbourne Opera House’s stage. 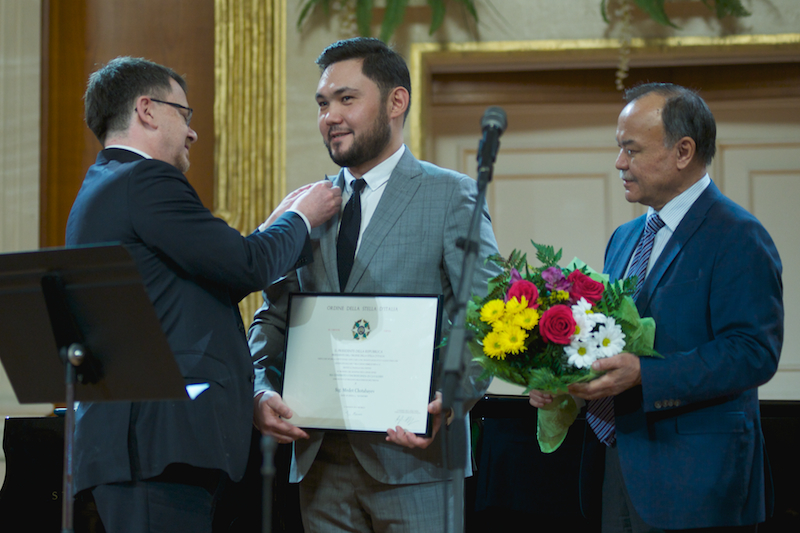 Chotabayev studied at the Accademia Internazionale di Canto in Pesaro, receiving the Beniamino Gigli International Singing Competition diploma in 2008. He made his professional debut at Almaty’s Abay Opera House, becoming a leading soloist during the Astana Opera’s 2013-2014 season. He has frequently graced the stage in the roles of legendary characters Tolegen in “Kyz Zhibek,” Duca in “Rigoletto,” Nemorino in “L’elisir d’amore,” Rodolfo in “La Bohème,” Pinkerton in “Madame Butterfly,” Cavaradossi in “Tosca,” Lensky in “Eugene Onegin,” Rodolfo in “Luisa Miller” and Alfredo in “La Traviata.”

The artist received the prestigious award and title Knight of the Order of the Star of Italy in March for strengthening cultural ties between Italy and Kazakhstan and promoting the Italian language.

In Melbourne, Chotabayev will perform Richard Wagner’s “Die Meistersinger von Nürnberg,” appearing Nov. 13, 17, 19 and 22. The opera is one of the longest commonly presented, usually running approximately four and a half hours.

The story, set in mid-16th century Nuremberg, centres on the city’s association of amateur poets and musicians. It is unique as the only mature Wagner opera based on an entirely original story, a comedy with no supernatural powers or events.

“I am flying to Australia in October,” said the singer. “I will stay there for about two months. I will be rehearsing for the first month and performances will begin in the second month. Rehearsals will be held at the Sydney Opera House, whereas the performance will take place in Melbourne.”

As the character of David, he will sing in German and intends to pay special attention to the specific techniques required by the demanding role. He has previously performed in English, French, Italian, Kazakh, Russian and Spanish.

Chotabayev expressed gratitude for the creative opportunities he has been offered since becoming part of the 100 New Faces project.

“I am very glad that people believe in me and that my work is appreciated,” he said. “I think that such projects are necessary. They open the door for our youth, opening the door to the future and our country.”