By Dilshat Zhussupova in Culture on 9 August 2018

ASTANA – Diana Kudaibergenova, a Cambridge University PhD graduate and Lund University postdoctoral fellow, is a political and cultural sociologist studying the ways in which contemporary art serves as an alternative platform for discussion in Central Asia, reports voicesoncentralasia.org. She authored “Rewriting the Nation in Modern Kazakh literature” and her upcoming book centres on the rise of nationalising regimes in the post-Soviet space. 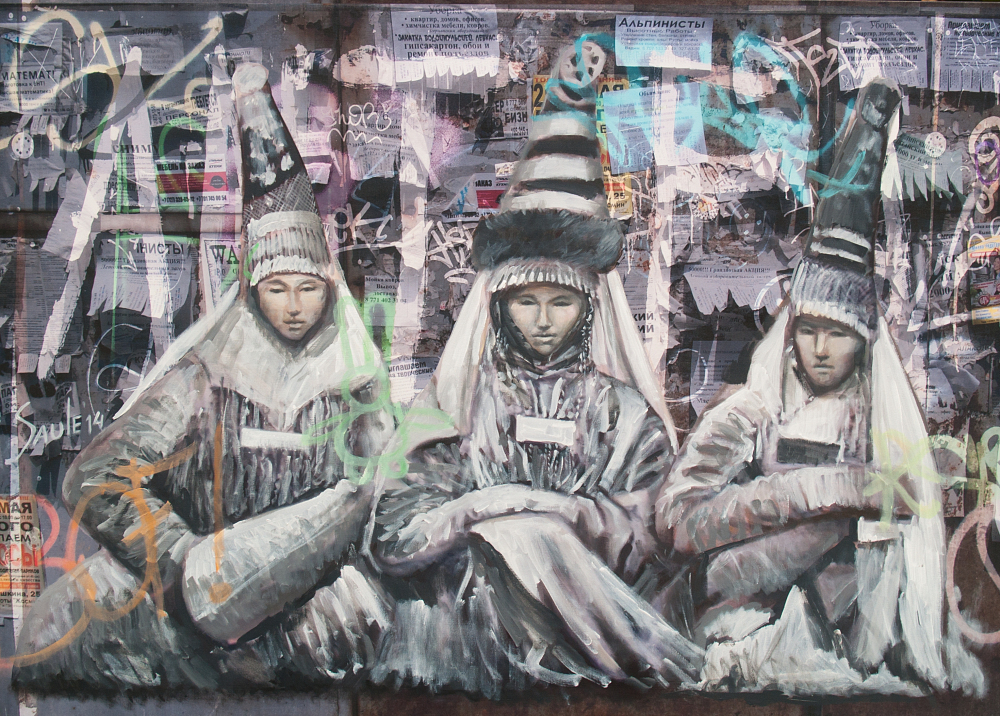 “I was fascinated by an old Central Asian carpet that depicted Alexander Pushkin. The carpet was done in an old technique and was exhibited in a 19th-century madrasah-turned-museum to help demonstrate the continuity of local traditions through time. To me, this is a perfect example of contemporary art,” she said.

Kudaibergenova sees contemporary Central Asian art as a reflection of society’s issues and its effort to engage in dialogue. For contemporary artists themselves, it has meant freedom from top-down control, censorship and funding.

“Who are we? Where are we going? Is the transition over? How shall we protect the rights of our people? All of these questions find answers in the works of local contemporary artists,” she said.

Kudaibergenova points toward the period of perestroika and structural changes in Central Asia in the mid-1980s as a time of “cultural awakening” among artists. Here, contemporary art as a new conceptual tool emerged.

“When these groups of artists started revolting against the socialist realist canon in different parts of Central Asia, they inevitably also revolted against the political order of how things ought to be done, and consequently, they revolted against their own position and identity as Soviet citizens. This was both a collective experience of being part of that movement but also a very individual and private transformation into a new type of artist,” she said.

Kudaibergenova characterises Central Asian artists as those with powerful voices in social and cultural discussions on gender roles, national identity and traditions. They are often able to find an audience, resonance and support much more easily than slogans or programmes.

She singles out the Kazakh contemporary artist Saule Suleimenova, who referenced 19th-century archival photos of Central Asian natives in her art to explore identity. In juxtaposing traditional faces, figures and attire against a contemporary urban backdrop, Suleimenova evokes the complex and layered nature of the past, present and future Kazakhstan.

“To me, Suleimenova’s works are very philosophical because they reflect the ongoing obsession with and search for the ‘authentic’ national idea in Kazakhstan,” said Kudaibergenova.

Suleimenova makes use of non-decomposable material, such as plastic bags, to capture often recognisable depictions of humanity and culture as factory subjects.

“Multiple layers of meanings, cultures, visual images, plastic bags help me to find the way to my ‘Kazakhness’ and, finally, to myself,” writes Suleimenova.

Conventionally, art is an elite domain. In Central Asia, with no strong local markets for or state institutionalisation of contemporary art, it is public and accessible. If not free, admission to Astana galleries costs less than $2. Exhibitions now share space with lectures, film screenings and kids’ activities to promote greater inclusivity and participation.

“The artists I interview agree that if someone enters the field of contemporary art, rather than any other field or genre (e.g. applied art, decorative, ‘beautiful’ art or official, state-sponsored art), then it means that the artist has also chosen a very specific role for themselves and that role is a socially responsible one,” said Kudaibergenova.

Social media often serves as platform for artists themselves to engage with their audiences and each other. A positive trend is that contemporary art also develops across the Central Asian region, as opposed to exclusively in major cities or circles.

“Interestingly, these groups [of contemporary artists] are not formed based on citizenship or country of residence but rather are oriented around common interests, sympathies and shared values, genres or forms,” said Kudaibergenova. “I have often witnessed artists from Kyrgyzstan, Tajikistan, Kazakhstan, Uzbekistan, Russia, Turkmenistan, France, Italy and elsewhere quickly finding a common language of art while at a party in the mountains, in someone’s studio, in an exhibit hall, in an independent gallery or on the road.”

As a sociologist, she seeks to understand why certain art practices emerge and how. She observes a variety of movements and schools of thought in Central Asian art and identifies time, identity, state and self as major themes.

“One of my favourite themes is how new state-sponsored, ‘official’ artists try to conceptualise the past by making it very contemporary. What I mean by this is that they focus on depicting the 19th century in the brightest shades of colours, which only became available ten years ago, or they imagine our great ancestors in textiles and fabrics so modern that the line between past and present is completely blurred,” she added.

In referring to contemporary Central Asian art as a movement, Kudaibergenova suggests that it is united only by some ideas. Artists often hold very different ideas on Kazakhstan’s development.

“Central Asian artists have a lot to say and I really hope there will be more opportunities to hear them out,” she added.