ASTANA – Vladimir Akulov, businessperson and agrarian from the East Kazakhstan region is among 102 winners of the nation’s 100 New Faces project for his attention to corporate social responsibility and charity. The project was established to recognise exemplary individuals and promote their success stories to inspire others. 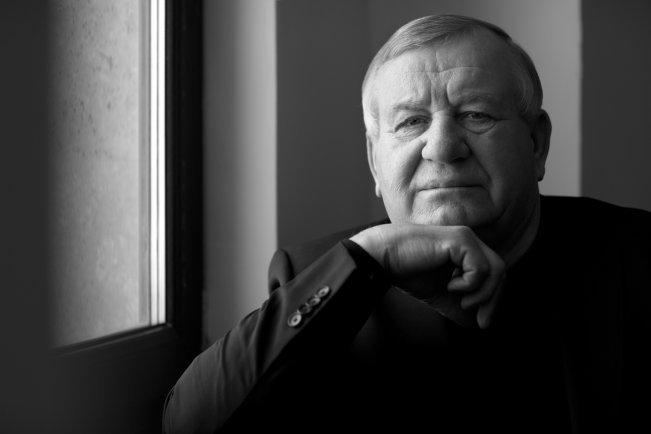 In times of post-war hardships in Belarus, his family decided to move to Kazakhstan during the Virgin Lands Campaign.

“At that time, I was only five years old; my parents and my three siblings joined the Belarus diaspora residing in East Kazakhstan. Our family was given a cow and several piglets, since then we were committed to the rural life,” said Akulov.

This experience affected Akulov’s whole life. Upon graduation from Semipalatinsk veterinary zoo technical institute, he started his career as a veterinary physician in 1982. Later, he went on to become a deputy chair of the collective farm named after Lenin. After Kazakhstan gained independence, he established his own farm in 1996.

After years of laborious work and post-Soviet hardship, his entity managed to achieve outstanding results in the realm of cattle breeding and animal selection. In 2010, his entity was awarded a golden medal for breeding cattle of the red-motley breed.

Currently, there are more than 6,800 animals at the farm, including horses, camels, sheep, poultry and 2,200 dairy cows. The farm provides 500 workplaces and contains a dairy plant, animal feed producing facility equipped with state-of-the-art equipment, greenhouses and cultivated areas.

Akulov built 11 houses with all the modern conveniences for young professionals working on the farm.

“If people have the conditions for a comfortable living in the rural area, such as warm water, electricity, heating, washing machines, they will make more efforts at work,” added Akulov.

The farm management monitors the performance of the workers and awards money and benefits, such as tours to health and recreation centres, to the distinguished workers.

His entity also funded the construction and maintenance of a playground, park and small zoo, attracting visitors from neighbouring villages and settlements.

Recently, he has also sponsored repairs to the local kindergarten and entertainment centre.

“There were hard times when I had to count every tenge in order to pay salaries to workers. But when we have the opportunity to help, we are willing to extend a hand of assistance. You cannot be rich on your own; if a village is wealthy, the country prospers. I cannot imagine myself without Kazakhstan, my village and my farm, and I hope that my son and grandchildren will follow in my footsteps,” he said.