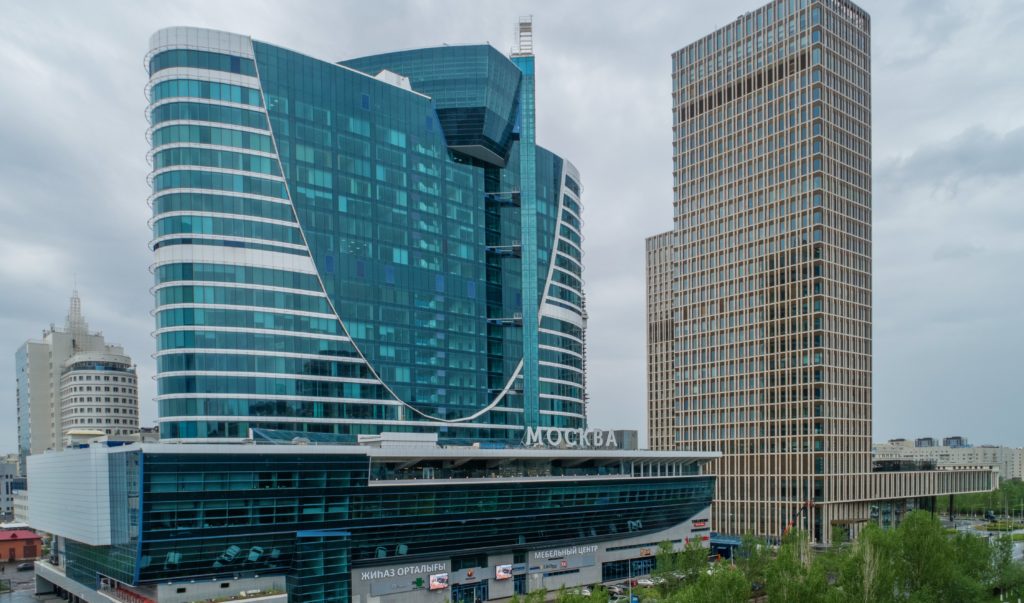 Its construction, combining the innovations and traditions of European and Asian capitals, was completed by the company owned by international entrepreneur and philanthropist Elena Baturina as part of the international agreement between Kazakhstan and Russia “On Cooperation in Trade, Economics, Science and Culture.”

The opening ceremony was held July 4, 2010 on the eve of Astana City Day, with a symbolic key presented to Kazakh President Nursultan Nazarbayev.

“While constructing this building we felt colossal responsibility, as we were not just erecting a contemporary and comfortable business centre in the capital of Kazakhstan but creating a symbol of friendship between the two cities, Moscow and Astana. And today, looking at what we have achieved, I am sincerely glad that we have successfully fulfilled this honorable mission,” said Baturina at the time.

The 25-floor facility resembling a huge ocean liner complements the capital’s architectural style. Its futuristic silhouette creates the impression of a ship with a sail, with the panoramic elevator serving as the mast and the restaurants as an observation desk. Lights illuminating the business centre at night add to the view of the city’s left bank.

The elevator carries guests and visitors to restaurants on the 24th and 25th floors. The eateries provide a 360-degree angle of the city and bird’s eye view of its main sites – Akorda Presidential Palace, Baiterek Monument, Hazret Sultan Mosque, Nur Zhol Boulevard and the Palace of Peace and Harmony.

Moskva’s mission is to promote a comfortable business environment for the Kazakh national market in a contemporary, safe business space. The centre became one of the first in the city to implement the business park concept with a well-designed infrastructure. 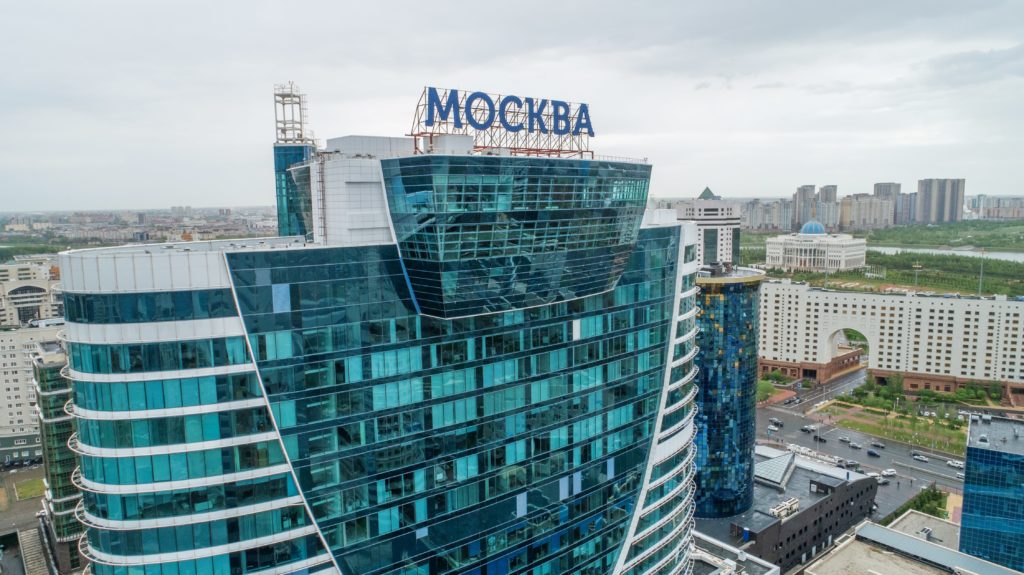 Several significant events within the last year have highlighted the centre’s role in developing the city’s entrepreneurship, economics, public life and international tourism:

– The Moskva business centre image was placed on new 500 tenge banknotes issued into circulation in 2017.

– The centre is now included in the sightseeing tour of hop-on/hop-off double-decker buses routed through the city’s most prominent locations.

“We are grateful to our tenants and partners for their trust and cooperation and to the citizens and guests for their favouring our business centre as a venue for their recreation. Within a short time, the centre has become a landmark of the capital and one of the most recognisable business centres in Kazakhstan. We have set up a commercial centre of a next generation here in Astana – a cutting-edge, multifunctional space that complies with the highest world standards,” said project manager Sergey Kozin.

Moskva Business Centre, the largest commercial complex in the city, has been recognised by CRE Awards, the professional competition for commercial real estate.