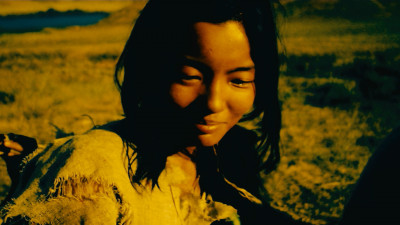 “The Owners” (2014), “Night God” (2018) and “Realtors” (2017) are among the films to be presented at the festival. They were produced at the Shacken Aimanov Kazakhfilm studio at the request from the Kazakh Ministry of Culture and Sports.

“Far from repeating itself, Yerzhanov’s cinema works like a puzzle universe and can be appreciated as whole, with its incessant re-interpretation and re-invention. How better to grasp this than by a presentation of all his feature films, including his surprising documentary on Kazakh cinema,” said festival organisers.

“The L’Etrange Festival drew attention to me after my film ‘The Plague at the Karatas Village’. The organisers wanted to show ‘Night God’ and waited for a year. It is great they did not burn out and we managed to present them the film. I think, organisers want to draw the attention of European cinema lovers to my work, because they are interested in it. They are attentive to films that are engaged in the search for a new movie language,” said Yerzhanov.

Born in 1982, Yerzhanov obtained a diploma from the Kazakhstan National Academy of Arts in 2009 and immediately tried to rattle his country’s social and cinematographic values, reports etrangefestival.com.

“For the last 10 years, young filmmaker Adilkhan Yerzhanov has been developing a coherent and exciting body of work that shakes up Kazakhstan’s production,” it added.

For the last quarter century, L’Etrange Festival has become a reference for unusual films, by revealing and confirming the talents celebrated by the festival.