ASTANA – Representatives of Kazakhstan and Uzbekistan reached an agreement to begin measures to stop border traffic congestion at the Konysbayev customs post during an Aug. 18 meeting in Kazakhstan’s Turkestan region. 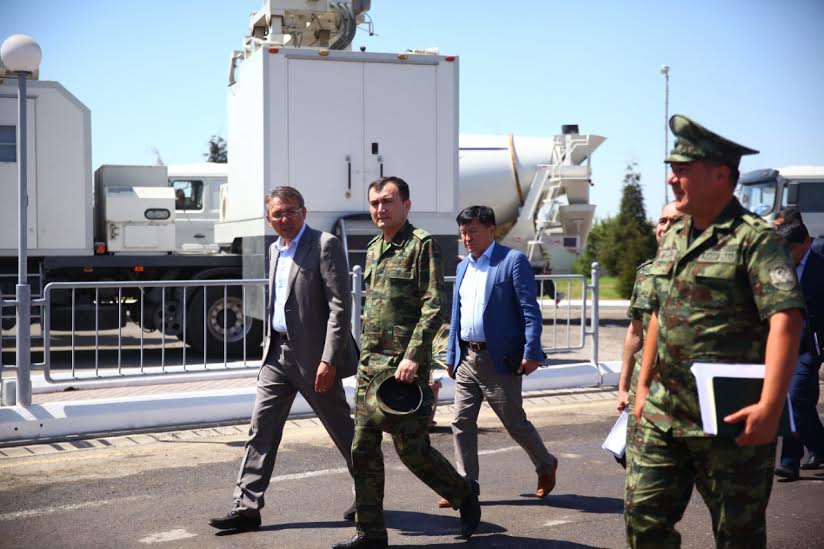 The issue stemmed from 315 freight vehicles stalled Aug. 1-7 before entering the checkpoint. Truck drivers were forced to wait two-six days Aug. 15 in a seven-kilometre back-up.

Ardak Tengebayev, chairperson of the Kazakh Committee of State Revenues , and Muradzhan Azimov, head of the Uzbek customs committee, approved actions to solve the problem. The decision will distribute drivers among three border checkpoints – Atameken-Syr Darya, Kaplanbek-Navoi and Kazygurt-Nadzhimov.

In addition, Uzbek and Kazakh customs offices have already increased the number of personnel. Employees completing phyto and technical control, executing customs documents and doing drug searches and other procedures necessary at the border now work in several shifts. This reduced the number of vehicles at the Konysbaev checkpoint to 60 cars.

The heightened congestion resulted from a significant increase in the flow of goods to Uzbekistan using Kazakhstan as a transit corridor. China is the main transporter and fortunately the majority of products have a long shelf life.

“The cargo flow increased by 65 percent compared to last year. We managed to solve this issue because we are working in a more intensive regime. The capacity of our post is 100-120 vehicles [daily], but now we have a total of 300-320 vehicles entering and exiting,” said Konysbayev post chief specialist Yermolda Zhumabayev.

Both countries’ customs committees believe the problem will end in several years. They plan to modernise the checkpoint by adding several lanes for trucks and cars, which should accelerate border crossings.