ASTANA – The Kazakhstan Prosecutor General’s Office announced Aug. 17 that fugitive banker Mukhtar Ablyazov is suspected in organising a premeditated murder of BTA Bank’s former Chairman of the Board of Directors Yerzhan Tatishev committed out of mercenary motives in a group of persons on a preliminary conspiracy with businessman Muratkhan Tokmadi. The announcement was made Aug. 17 based on the results of pre-trial proceedings and collected evidences. 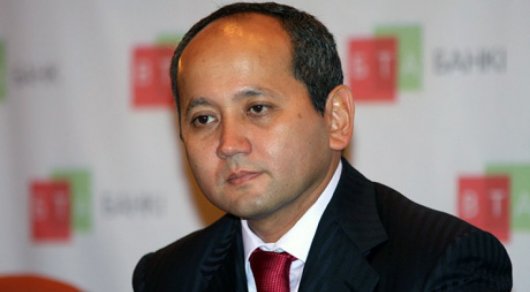 According to the press release of the Prosecutor General’s Office, on July 31 Ablyazov was informed through the mass media, including the French newspaper Le Figaro, about the need to appear in Kazakhstan for pre-trial investigation.

As Ablyazov and his lawyer did not appear during the investigation, the Prosecutor General’s Office in accordance with Part 8 of Article 206 of the Criminal Procedure Code (CPC) of Kazakhstan gave a qualification to the committed crime.

The statement clarified that, in accordance with the CPC of Kazakhstan, the suspect and his legal representative are entitled to review and obtain a copy of the decision at the Prosecutor General’s Office located at 14 Mangilik El Avenue, Astana, Kazakhstan.

The suspect has the right to give explanations on the case, as well as appeal the decision in accordance with Article 105 of the CPC of Kazakhstan to the prosecutor or to the court.

Earlier, on Aug. 16 the Prosecutor General’s Office called Ablyazov for interrogation and other investigative actions. However, at the appointed time, he did not appear or nor did he notify about the reasons preventing his appearance.

During a court hearing in Taraz earlier this year, Tokmadi confessed to murdering Tatishev on orders from Ablyazov during a joint hunting expedition in 2004, which back then was presented as an unfortunate accident. Ablyazov took over BTA Bank once Tatishev was no longer alive.