Kazakh citizens’ foreign bank account, property information to be made available starting in 2020

By Staff Report in Business on 6 August 2018 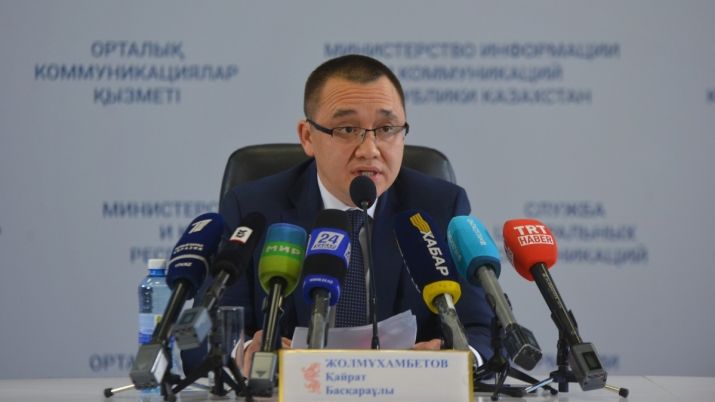 The agreement was made possible by the adoption of a single standard for the provision of information among participating countries. The standard was developed by the Organisation for Economic Cooperation and Development (OECD) and G20 countries to address issues concerning tax evasion, reduction and compliance.

“We will receive information from all of the OECD countries, including the European Union countries, the United Kingdom, Israel, Iceland, Turkey, Saudi Arabia, Singapore, Japan, Argentina and other states cooperating in the implementation of international tax standards,” said Kazakh Ministry of Finance’s Taxation Methodology of the State Revenue Committee Department Director Kairat Zholmukhambetov at Astana’s Central Communications Service press conference.

The information received would allow the government to administer Kazakh citizens’ incomes and prevent capital outflow from the country in a more informed and effective manner.

In 2018, more than 27,000 Kazakh residents declared money in foreign bank accounts of 108 countries, worth 820.9 billion tenge (US$2.34 million). The main countries of the bank account origin include Singapore, Switzerland, Lebanon, South Korea and Russia.

Kazakh citizens also report holding more than 12,000 real estate objects in 69 countries. At 9,567 units or 77 percent of the total, the highest number of registered property among Kazakh citizens is in Russia. The rest is in Bulgaria, Turkey, Spain, the United Kingdom, the United States and France.

“According to the French authorities, 60 property objects are owned by Kazakh residents, all of which have been declared by 54 residents in their tax forms,” said Zholmukhambetov, addressing concerns over the $76.5 million apartment purchase in Paris by an undisclosed Kazakh government official earlier this year.

In turn, Kazakh banks will be requested to provide information on non-residents’ bank accounts to the tax authorities of their state of residency. The information exchange will now occur on an automatic and regular basis.

The information transferred to other states will include the account holder’s name and tax number and information on income from deposits, dividends, sales of assets and certain types of insurance.