By Aidana Yergaliyeva in Astana on 10 August 2018

ASTANA – Ukrainian investment group Ufuture plans to build an “Innovation Park” in Astana with the help of the Kazakh government and local businesses. The park is intended to be a small “city within city” that creates an environment for innovation and development that will propel the region’s economy forward, Ufuture founder Vasyl Khmelnitsky said as he shared details about the project. 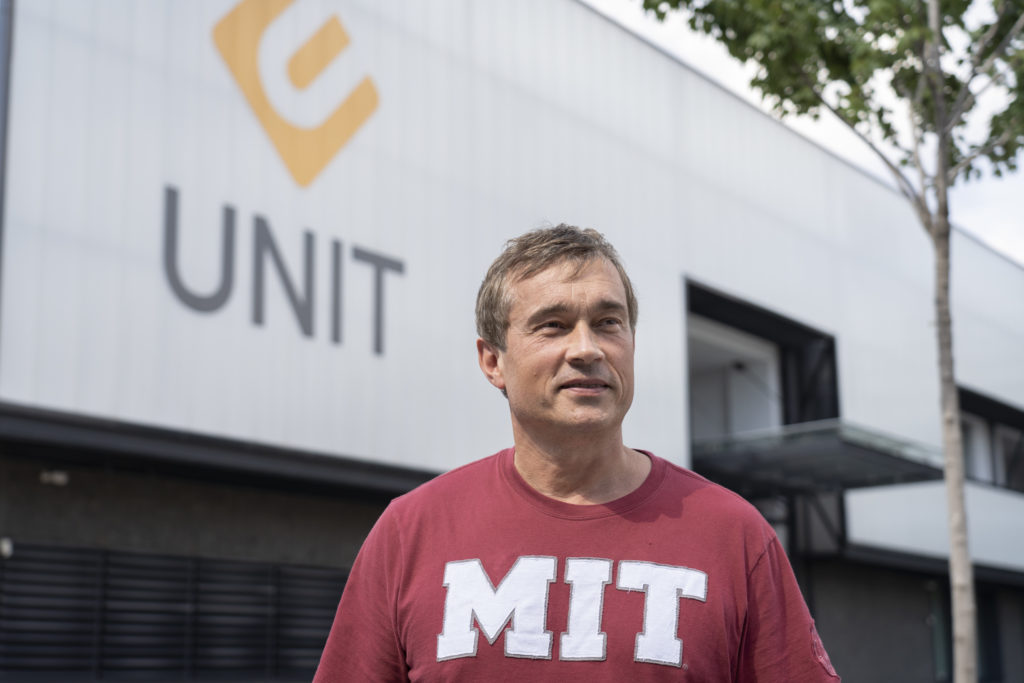 During his visit to Astana, Khmelnitsky discussed with Kazakh Prime Minister Bakhytzhan Sagintayev his plans for developing the new space, which he envisions as similar to Ukraine’s UNIT.city, a recently launched innovation park.

Although the businessman spent only one day in Kazakhstan’s capital, he was satisfied with the general picture of the business environment in the young city. In particular, he said, he appreciates that the Kazakh government not only expressed interest in the development of this project, but is ready to assist by allocating necessary resources, rooms and other incentives.

“What I think is good is that Kazakhstan is introducing a programme that the part of IT projects can be made with local companies. This should certainly give a push to the development of IT in Kazakhstan,” Khmelnitsky said in an interview for this story.

According to him, this project without any support has already built 3 percent of the city. They include IT and Big Data schools with about 1,000 students, a 3D-laboratory and about 50 innovation companies, which create products themselves and keep developing them. The average growth of those companies in Ukraine is 30 percent, while in UNIT.city it is 50 percent.

“We estimate that in two and three years these companies will be big and powerful. Some [businesses] will fail. But this is life, and we [only] create an environment.” said Khmelnitsky.  Kazakhstan, he says, seems to offer the possibility of even faster development for the same project.

“I met young people with sparkles in their eyes who want to do something. Therefore, I think that it can succeed. They have already started it. They have Astana Hub, a beautiful place downtown with enough people,” the businessman said. 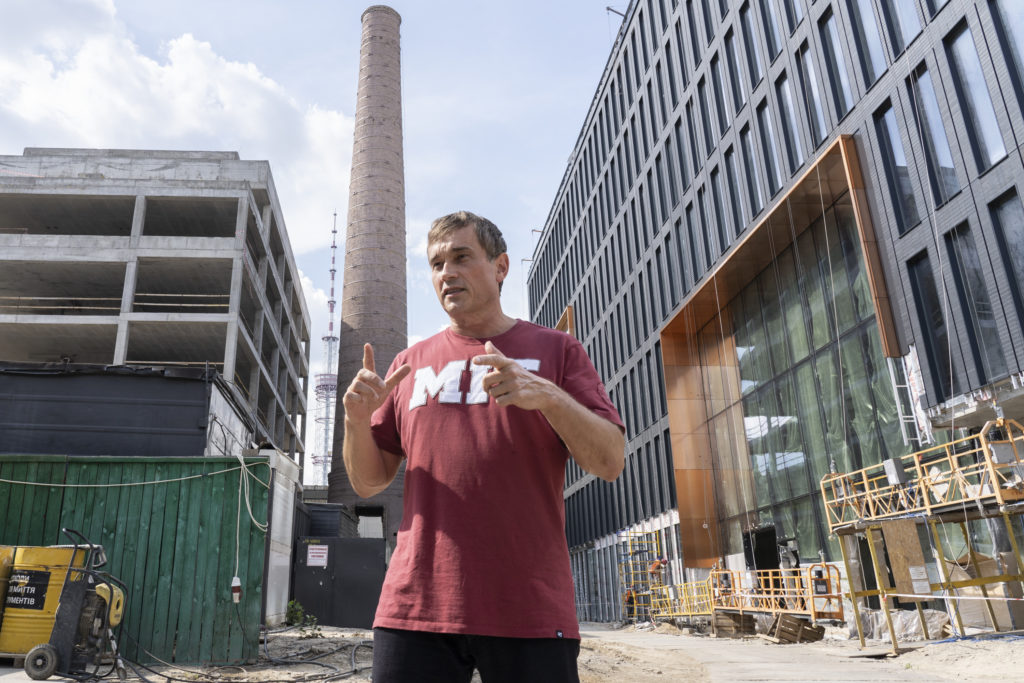 There may be the possibility of cooperation with Astana Hub after some research, he noted.

Only some six months of deep qualitative and quantitative research into education, human resources, companies and start-ups should inform any new project decisions, Khmelnitsky said. After six months, the idea for the project in Astana could change slightly, to not exactly match the Ukrainian model underway.

But at any rate, such cities within cities are intended to solve a problem common in developing countries: brain drain. There will be little economic growth for a country with talented youth constantly leaving for better opportunities and education abroad.

“This is our task – to build a good ecosystem in Ukraine so that those talented people would want to stay in our country; so that they would get new knowledge, attract investment and get mentorship. Most importantly, by communicating with each other they can get new ideas and ways of doing things, open new companies and start-ups,” said Khmelnitsky.

Kazakhstan and Ukraine are countries that provide free education, but that investment doesn’t matter if the educated sector of society keeps leaving and developing foreign companies instead of local ones. Khmelnitsky wants to see economic growth everywhere; in Kazakhstan, Ukraine and their neighbours. He believes that this development will be possible only when these countries work together.

UNIT.city is a unique project and not a prototype of Silicon Valley, the investor explained. It aims to bring all the brightest minds in one place, fostering faster, more connected development of technology, research and every single sphere of economy.

“Let them bump into each other, greet and discuss new ideas. Our aim is that they would work close to each other. This is not my idea. I saw it from how the world is working. The more revolutionary teams and ideas are concentrated in one place, the more they will generate new, innovative products,” said Khmelnitsky. 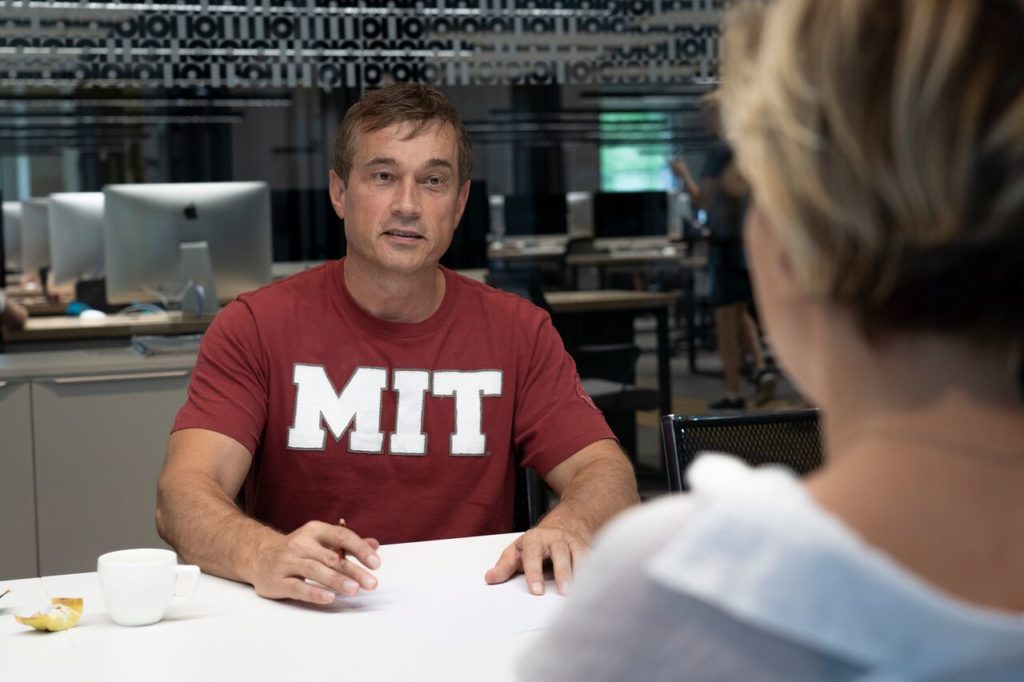 UNIT.city in Kyiv will have everything that a regular city has. There will be everything starting with kindergartens, universities, shops and hospitals. Also, he notes, security is a major factor. A company from Israel is working on UNIT.city’s security, because as Khmelnitsky noted, “Israel is not a country of innovation only, but their security systems are in a very high level as they are constantly at war.” At the same time, heightened security does not imply isolation. The city will be open, without a fence.

In Ukraine, UNIT.city opened two years ago, but the company has been working on it for 10 years. They were studying the experiences of countries such as China, India, Belarus, Kazakhstan, and the U.S. in order to create a favourable ecosystem for economic growth, minimising chances of errors.

On the other hand, while the idea of such a city carries the intention of pushing economic growth, it could also increase the socio-economic gap between a city’s intellectual elite and its working class, creating conflicts. A huge income inequality problem came with boom in technological industry of Silicon Valley, where the sky-high salaries of tech experts working for giants such as Google, Apple and Facebook resulted in unaffordable housing, subsequently increasing the number of homeless people. The founders are working to keep UNIT.city from falling into that trap with plans to include all sectors of the economy, such as agriculture, medicine and more.

Yet Khmelnitsky thinks it’s impossible to avoid an intellectual gap between people. He believes there is a big difference between a person who invests his time in educating himself and a person who wastes it on leisure alone. He thinks the least a country can do for its own growth is try to retain its own intellectuals.

Khmelnitsky also thinks that Kazakhstan should not only focus on keeping its own talented youth in the country, but develop programmes that will attract talents from neighbouring countries.

One such space for catalysing economic development is forums with experts. Thus, the businessman invited Kazakh business people to Kyiv Oct. 18 to participate in the fifth Kyiv International Economic forum, where business people and analysts, investors can share experience and find new ways of creating valuable products and technology.