ASTANA – Sergek video surveillance has helped police authorities detect approximately 2,000 administrative violations in the first half of the year, resulting in fines of more than 14 million tenge (US$38,787). The indicators were reviewed on the inaugural day of digitisation at the Astana Hub Aug. 10 for Akmola, Astana, Kostanai and North Kazakhstan region representatives dedicated to smart city projects. 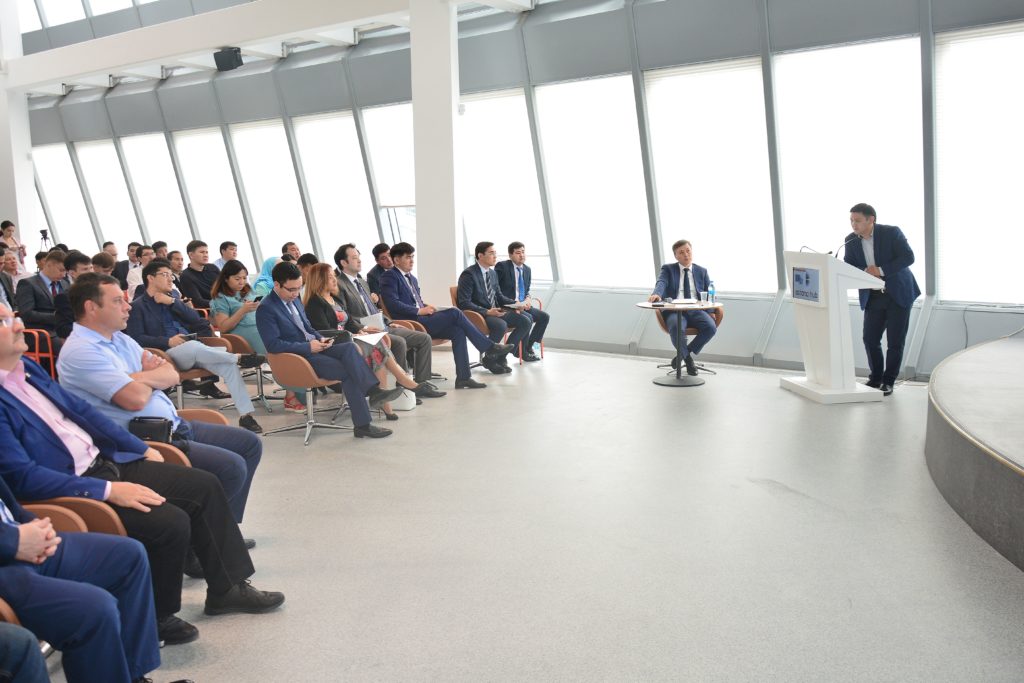 Initiated by Zerde Holding, the day of digitisation for state bodies and the domestic IT market serves as an interactive platform to ensure state agencies’ openness to market offers and introduce the IT market to Digital Kazakhstan projects.

“The accident rate decreased by 21 percent, road traffic injuries decreased by 20 percent and traffic related deaths rate fell by half compared to last year. We also plan to introduce projects on urban security such as predictive policing and face recognition,” said head of the investments and business development department Alisher Abdykadyrov.

Implementing the projects has also reduced the crime rate by 40 percent and resulted in a paperless workflow. Hospital queues were lowered and public transport became more comfortable and convenient.

The day of digitisation will be held in other four cities, noted Deputy Board Chairperson Yerlan Yesmambetov. The next meetings are scheduled in Almaty, Aktobe, Karaganda and Shymkent.

“We want to get feedback from both sides within a month. From the city authorities, we want to know what challenges they face in the implementation of projects. As for the IT community, they should provide ready-made technical solutions that will help implement smart city projects,” he said.

Those projects will be implemented this year in five directions – security, housing and communal services, transport, education and health.

Earlier, the Ministry of Healthcare also announced plans to transfer approximately 20 services to electronic format, including hospitalisation records, issuing medical certifications and other services. The oncologic test for express diagnostics, blockchain in drug traceability and analysis of accumulated data for predictive diagnosis will be introduced in the near future.

The Ministry of Finance has approximately 25 information systems. Electronic public procurement is one of the most successful projects, with nearly 50 Kazakh start-up companies using its published data. The ministry is open to considering proposals from developers on creating a special user-friendly app for the universal declaration of income and property.