By Abira Kuandyk in Central Asia on 22 August 2018 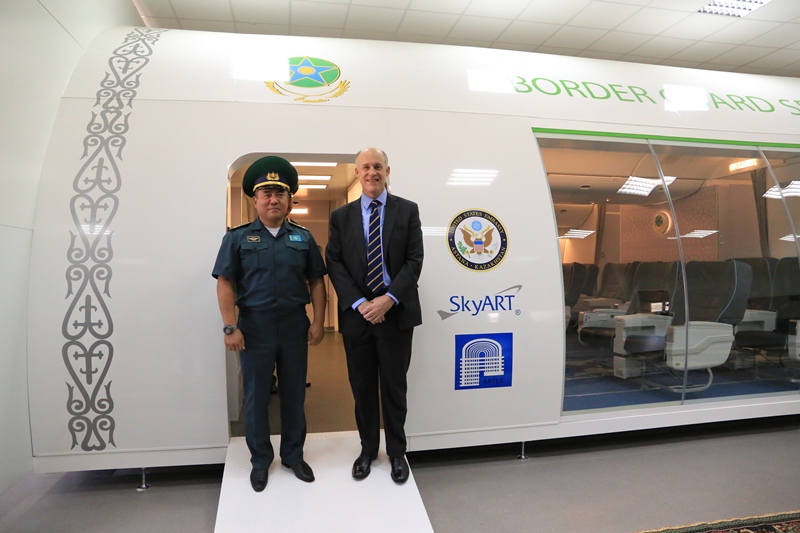 The new training base includes a simulator of the world’s largest aircraft, the Boeing 777, an educational train, garage to simultaneously inspect three trucks and special equipment.

The project, designed collaboratively with the U.S. Embassy under the Export Control and Related Border Security (EXBS) programme, will train personnel in all regional countries, including Afghanistan.

“This is a new educational and equipment base of our academy for grasping skills in the field of preventing illegal movement. There is a possibility to check not only the upper deck of the aircraft, but also the technical compartments, including the cockpit and the crew’s resting place in the 22-metre simulator of the world’s largest aircraft, the Boeing 777. There is also a railway platform and means of in-depth inspection of cargo carried across state borders,” said Pavel Polivanov, head of the Kazakh National Security Committee Border Guard Service Academy.

“The learning process in our academy lasts for four years. In addition to the practical lessons, we conduct seminars and trainings to detect prohibited items, from drugs to weapons, within the passenger flow. The practical lessons for our cadets will start in the coming September,” he added.

U.S. Embassy representatives noted Kazakhstan is suited for its position in state security and disarmament to implement the project. The cost to open the base is more than $2 million.

“This event marks the 25-year history of close and fruitful cooperation between our countries. Kazakhstan is a recognised leader in the world in the field of non-proliferation of weapons of mass destruction,” noted Theodore Lyng, U.S. Deputy Chief Mission in Astana. 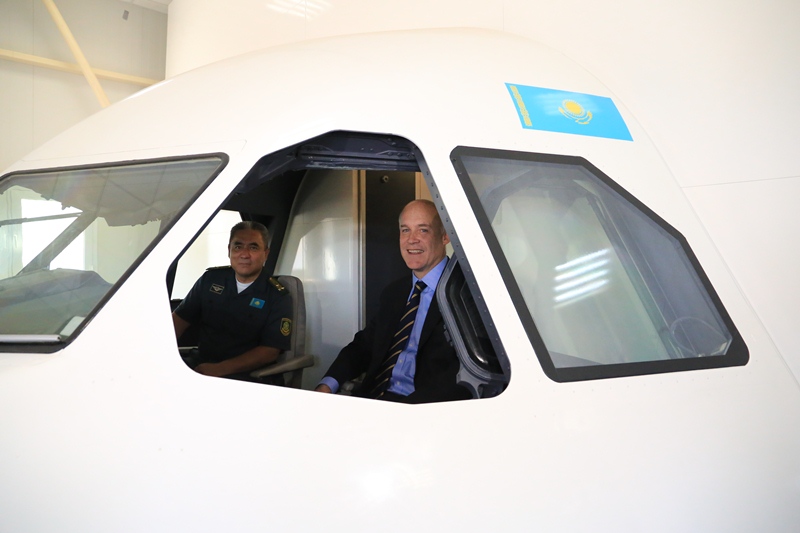 “The cooperation will help to strengthen these positions in Central Asia, including Afghanistan. The cadets from other countries can come and advance their skills. We had similar projects in other Central Asian countries; however, the most ambitious and large-scale one is realised in Kazakhstan,” he added.

Lyng added there are more than 20 aircraft simulators for training border agency military personnel. In terms of scale and technical equipment, however, the simulator at the academy is considered the only one.

The U.S. has been cooperating with Kazakhstan for 18 years to strengthen border security and prevent the proliferation of weapons of mass destruction. Modular houses for border guards, inspection equipment and communication facilities, patrol boats and crossing point training were completed and transferred to the academy under the EXBS programme, the American diplomat added.