By Anuar Abdrakhmanov in Sports on 25 August 2018

ASTANA – Kazakh cyclist Aleksey Lutsenko recently won a gold medal in the group race at the 2018 Asian Games in Jakarta. 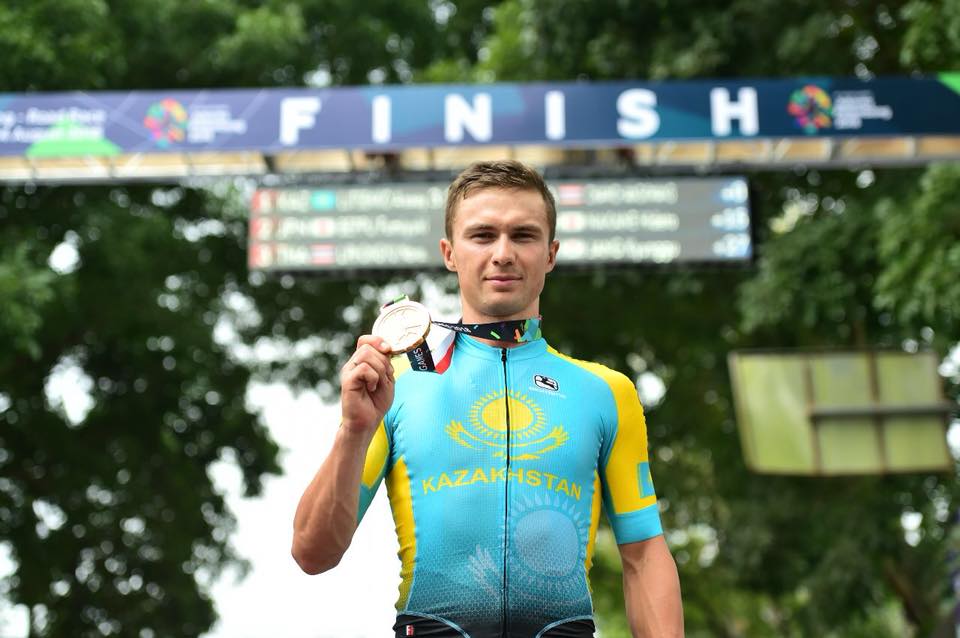 A rider from South Korea was ahead of Lutsenko for most of the 145.5-kilometre distance, but the tactics and discipline of Kazakhstan’s team helped him get out ahead before the finish line .

The final sprint took place among five athletes: Lutsenko, two Japanese riders and two Thai riders. Lutsenko edged them all out at 3:25:25, just a thousandth of a second faster than Japan’s Fumiyuki Beppu. It took a photo finish to determine the winner. Thailand’s Navuti Liphongyu took third.

“Words cannot express my current feelings. Thanks to everyone who supported me. I tried my best. A gold medal is the best result for us. Kazakhstan has had another medal. Tomorrow is another important day. So, keep supporting. I’d like to especially thank guys from my team. We controlled the race, and did our best. I can only thank them for the first place. The day was the best, as well as the team. Go Kazakhstan!” Lutsenko said after the event.

This is not the first victory for Lutsenko this season. Earlier this year, he won the group race at Kazakhstan’s championship, and he won the Tour of Oman following the total score of the team. He also won one of the stages of the Tour of Austria. In addition, Lutsenko significantly helped Miguel Angel Lopes on the way to his first general classification prize in the Grand Tour of Italy.