ASTANA – Plans are underway to complete a $242 million, 100MW wind power plant near the capital. Realising green projects in the Akmola region will significantly increase the share of electricity generated by alternative energy sources in the coming years, reported the regional internal policy department. 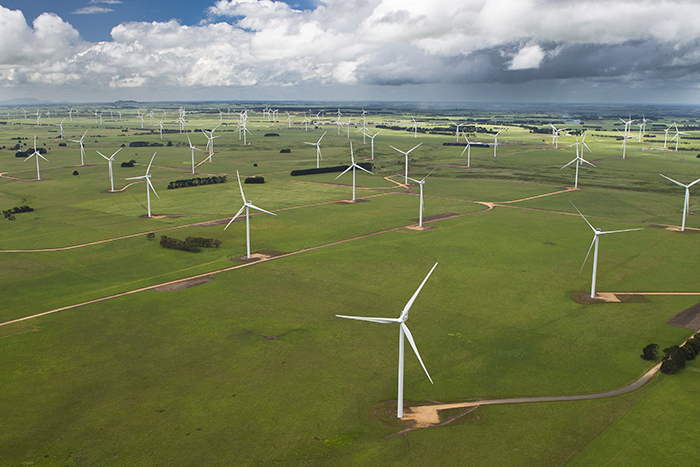 Construction of the wind energy conversion plant began in the Kostomar rural area’s Arshaly district, 40 km northeast of the city. The work is being completed by CAPEC Green Energy LLP, established in 2014 to execute investment projects in renewable energy.

“The construction includes the placement of 30 wind turbines, 15 at each of two start-up complexes. It also involves auxiliary facilities for maintenance of the wind farm operation and storage of large spare parts. Annual energy production is forecast at about 306 million kW per hour,” according to cge.kz.

Upon completion, the wind power station can meet the needs of more than 10,000 families, thereby reducing the use of fossil fuels.

Kazakhstan’s share of alternative energy sources must reach 30 percent in 2030, said President Nursultan Nazarbayev in his state-of-the-nation address. Green projects near the capital will increase the share of energy generated by alternative sources around Astana up to 46.2 percent.

Yereimentau district is also considered a priority region with high wind potential. A number of wind power plant construction projects are expected in the area. Entrepreneurs seeking to implement similar projects in other regions are taking into account the economic efficiency of renewable energy.

Within the Industrialisation Map, First Wind Power Station began operating a 45-MW wind power plant in the district. In 2015, it generated 78.9 million kW of electricity per hour, increasing to 141.6 million kW per hour (17 percent of the total) and 166.4 million kW per hour (19.6 percent) in 2016 and 2017, respectively, said the department.

Implementing these operations will double the share of alternative energy resources by 2021.