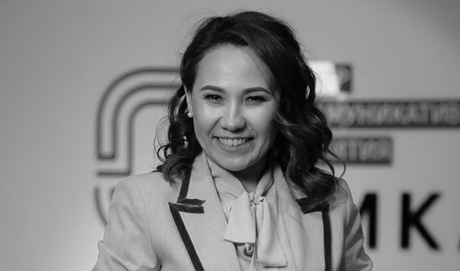 “From 2009 to 2015, the organisation was called the Nika Centre for Oratory Skills. After introducing new educational courses, the centre was renamed the Nika Centre for Communicative Development. In addition to oratory skills, we conduct trainings on the culture of performance – effective presentation, time management, negotiation skills and emotional intelligence. We help people develop communication skills,” Managing Director of the centre Aizhan Sadvakassova told The Astana Times.

Founded in 2009 by Meruyert Zhunusbek, since 2017, centre franchises have appeared in other Kazakh cities. Centres have opened in Almaty, Taraz and Shymkent. Later this year, another centre will appear in Perm, Russia.

The public speaking courses are available for children from eight to 16 years of age. Adult groups welcome attendees above the age of 18 years.

“This year, a 73-year-old woman undertook our courses. This speaks about the importance to learn and develop public speaking skills, oratorical skill at any age,” Sadvakassova added.

The centre offers courses consisting of 20 percent of theory and 80 percent of practice. Such a format encourages participants to step outside their comfort zone and face the fear of public speaking.

According to the centre’s website, at the end of each year, the centre holds a championship in which the graduates of the Charismatic Orator course compete for the award and the title of the best speaker of the year.

“After completing our course, a person feels more relaxed. He understands that he would handle any challenging situation,” she said.

The Nika Centre also holds travelling seminars with the participation of foreign trainers. According to the organisation’s staff members, the remoteness from everyday distractions ensures high learning efficiency.

“In autumn, we plan to launch a Kazakh speaking club, and we will train Russian-speaking Kazakhs to communicate, express thoughts or present reports in Kazakh. Also, the centre will have online school. Thus, people will have the opportunity to learn public speaking skills remotely,” she added.