By David Bradshaw, Special to The Astana Times in Tourism on 5 July 2018

ASTANA – Kazakhstan’s location, where Asia meets Europe, has long made it a place where people meet and mix. But what makes Kazakhstan special for humans also makes it stand out for wildlife and, in particular, birds. 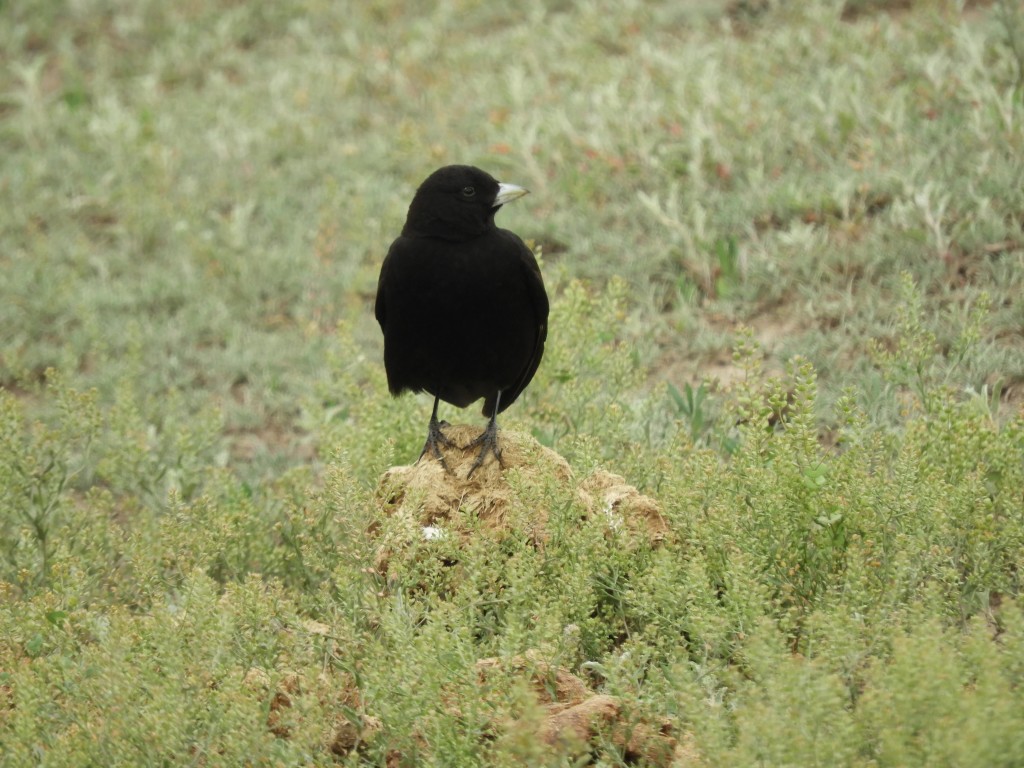 The country’s geographical position, un-spoilt nature and variety of habitats attract a fantastic array of species.

That is why for many keen birdwatchers, and especially those from Europe, Kazakhstan figures high on any must-visit list of countries. It is not just the variety of species that breed or migrate through that make it so attractive but also that birds which are much sought-after rarities at home can be found here with very little effort. 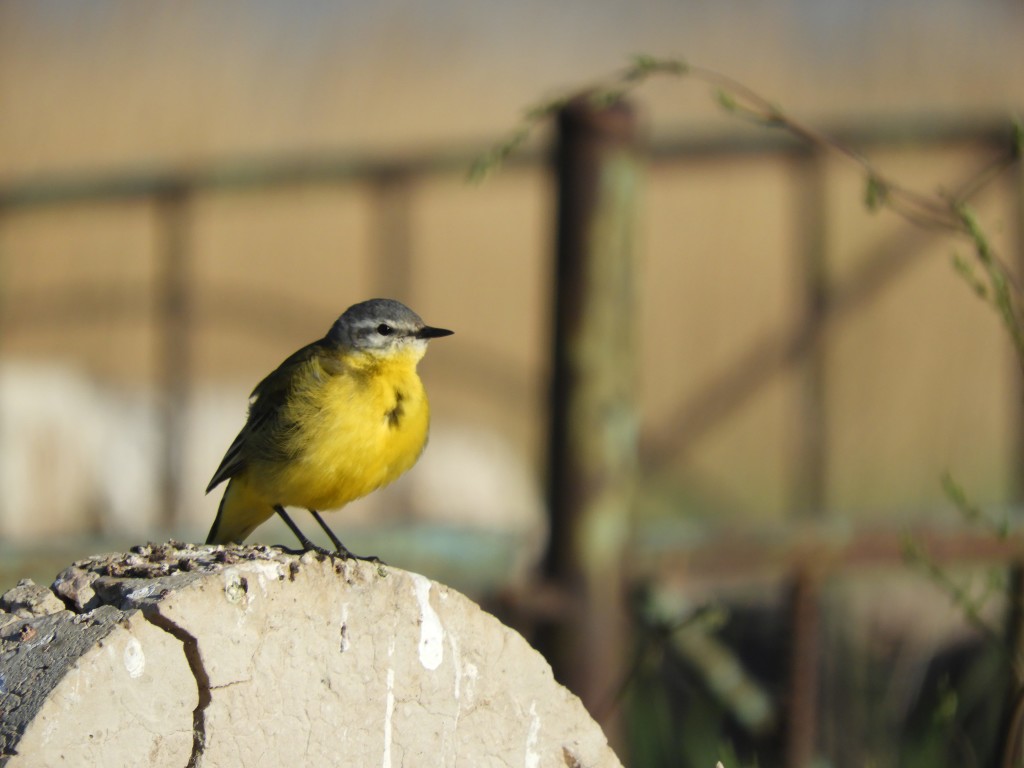 These are the reasons why tour groups from Europe and North America head every spring to Kazakhstan to enjoy its wonderful birds and spectacular scenery. There is a well-trodden route which takes in the high mountains and desert areas around Almaty and the steppes surrounding Astana itself. New tours are now being pioneered to the far north-west of the country.

Over three decades ago, I was a pioneer myself when I was fortunate to be a member of one of the very first western bird tours to visit Kazakhstan – part of a much wider trip around the Soviet Union. For two days in 1984, we stayed in Tselinograd, as Astana was then called, and travelled out into the steppe. Even after such a long time, I have vivid memories of the fantastic birds we saw, the warm welcome we received with the town’s mayor and local TV crew coming out with us for a day’s birding as well as the not-so-pleasant greetings from the local horseflies. 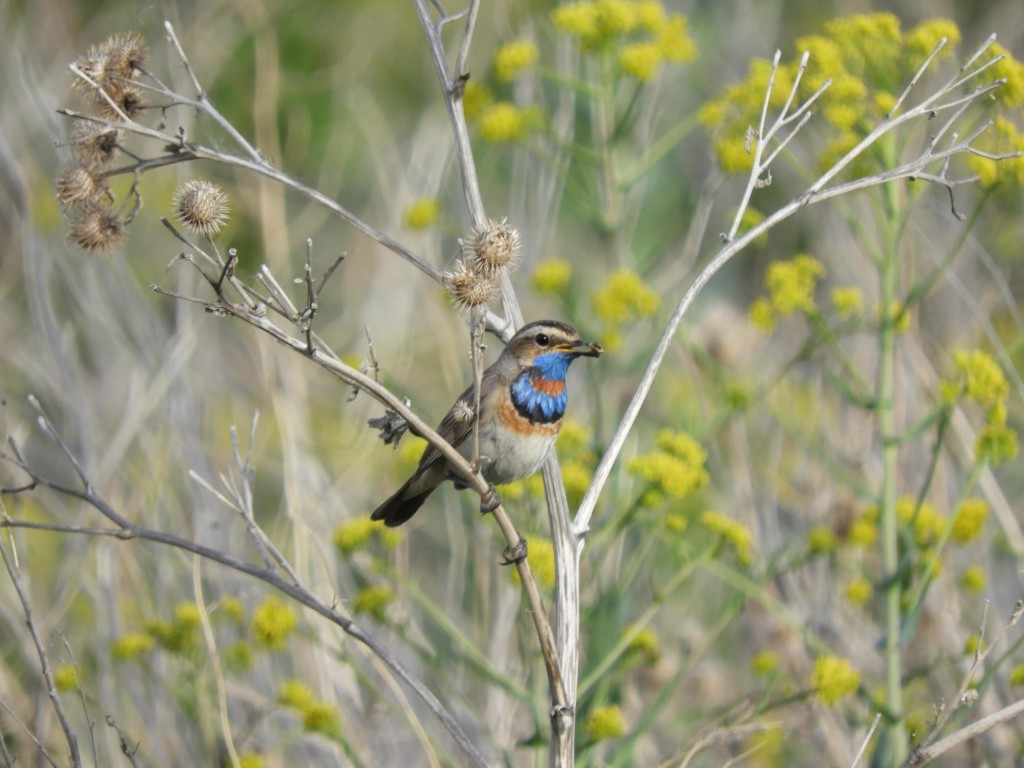 My visits to Astana since have been in the depth of winter. So when I returned last month, I was keen to add a couple of days onto my trip to see if the area could still produce the fabulous birds I remember. It took a little effort to put in place the guiding arrangements needed but it was certainly worth it. Although Astana has greatly expanded over the last three decades there are still plenty of great birds to see both within reach of the city by car and even on foot.

The jewel in the crown is Korgalzhyn National Park, a couple of hours drive from Astana. This vast area of virgin grassland, lakes and reedbeds is so remarkable that it has been given special status by UNESCO. For those living in much more heavily populated countries than Kazakhstan, it is breath-taking to look to the horizon and see no sign of roads, habitation, power or telephone lines.

Korgalzhyn’s birds live up to this fabulous setting. It is famous for having the world’s most northern breeding colony of Flamingos. But while it is always great to see this iconic species, there are other places in western Europe to catch up with it. That’s not the case with many of Korgalzhyn’s other outstanding birds.

Among the species which are very rare in Western Europe but are found on the reserve are Great Black-headed Gulls, Demoiselle Cranes and Black-winged Pratincole. It is also an internationally important breeding site for the highly endangered Sociable Lapwing. Both Black and White-winged Larks, too, have an almost mythical status to European bird-watchers but are easy to see from the rough tracks which crisscross the reserve. In fact, Black Larks started appearing by the side of the main road long before we got to the reserve. 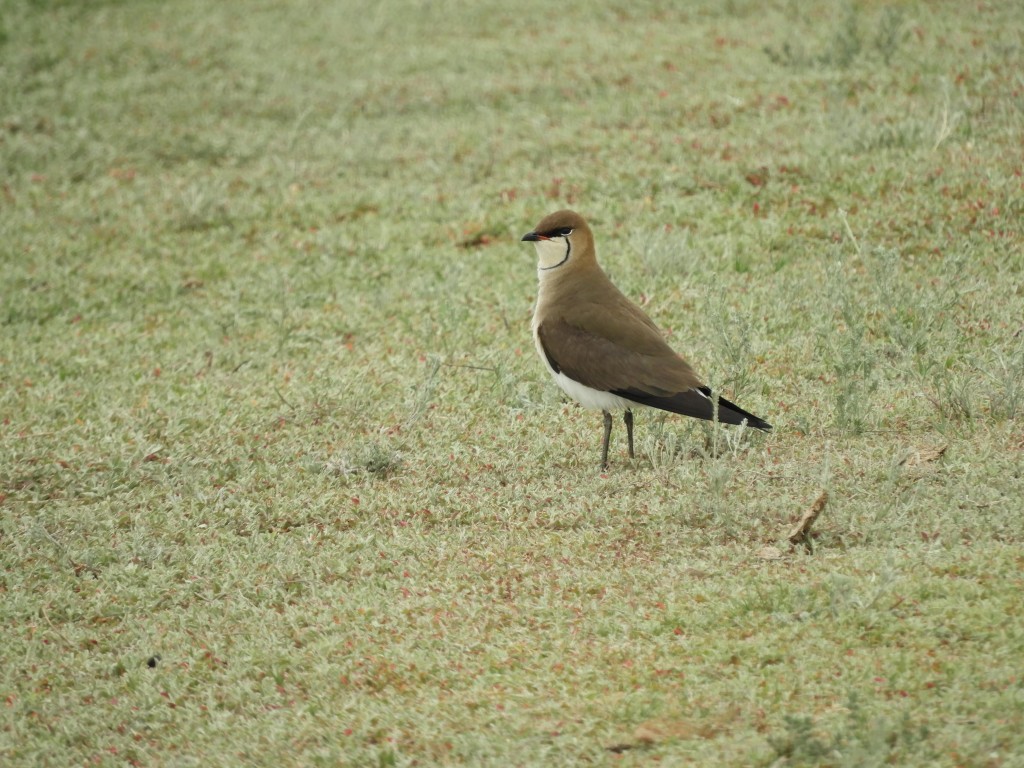 It is not just nesting birds which make Korgalzhyn such an important reserve. It is also a vital resting place for millions of birds during migration. I was told that as many as 500,000 Red-necked Phalaropes, a charismatic shorebird, pass through in spring while in autumn thousands of rare White-headed Ducks make it a staging post. In all, some 300 species of birds have been seen on the reserve, which is also home to other wildlife including wolves, Saiga Antelope and marmots.

Korgalzhyn is a huge reserve and lacks the hides and boardwalks that visitors to nature sanctuaries in much of Europe and North America might expect. Indeed, it is its unspoilt space and open-ness which is its main attraction. Getting the best out of it needs the help of one of its professional ornithologists to guide you around the bewildering network of tracks.

On my visit, we must have travelled many kilometres to enjoy a wildlife spectacle, which also included Pelicans, Harriers, Falcons and a magnificent Steppe Eagle. And, of course, you must remember to get the seasons right. By the time winter arrives, almost all its birds, including its Flamingos, are a long way south.

But while Korgalzhyn shouldn’t be missed by anyone interested in nature, there is no need to travel so far to enjoy some great bird-watching. Lakes, marshes and steppe with plenty of good birds surround Astana. At Akmol, only 25 km from the city, there is a reed-bed which must be as big as any in the United Kingdom. In a couple of hours, I saw Pratincoles, Cranes, Booted Warblers and Rufous Turtle Doves along with many other species. 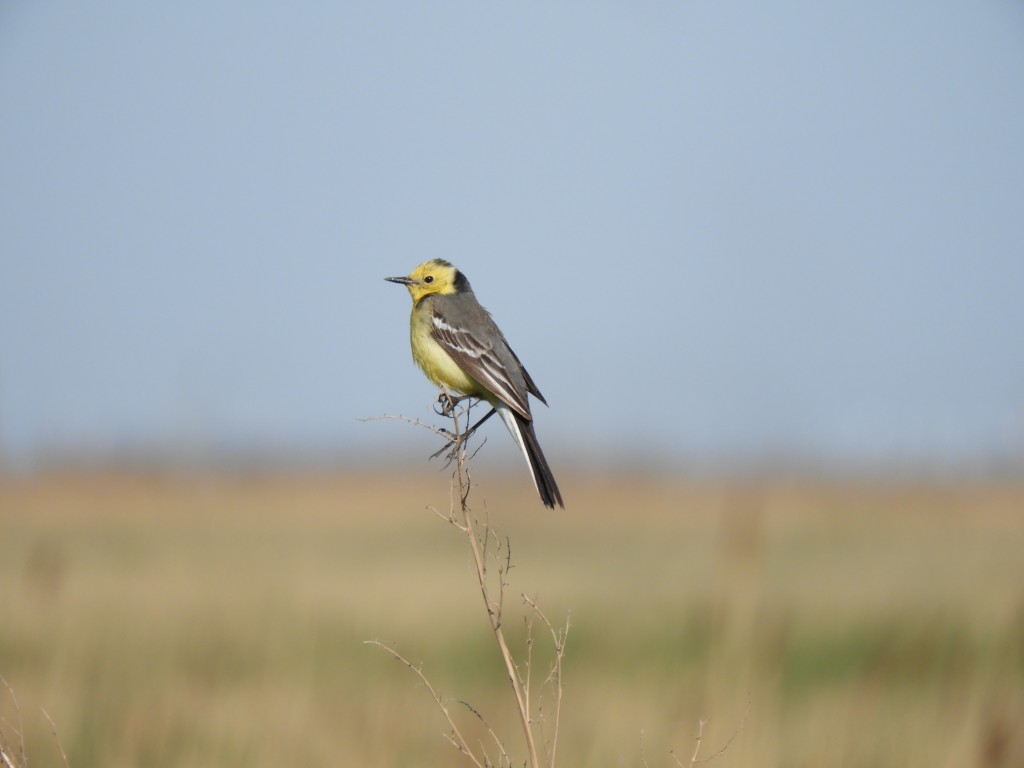 In woodland not far from the airport, colourful Golden Orioles sang and Fieldfare fed young all around me. The many trees which have been planted in recent decades are very attractive to a large number of species.  And most days I managed an early morning walk from my city centre hotel to a marsh in the shadow of Norman Foster’s Khan Shatyr shopping mall. 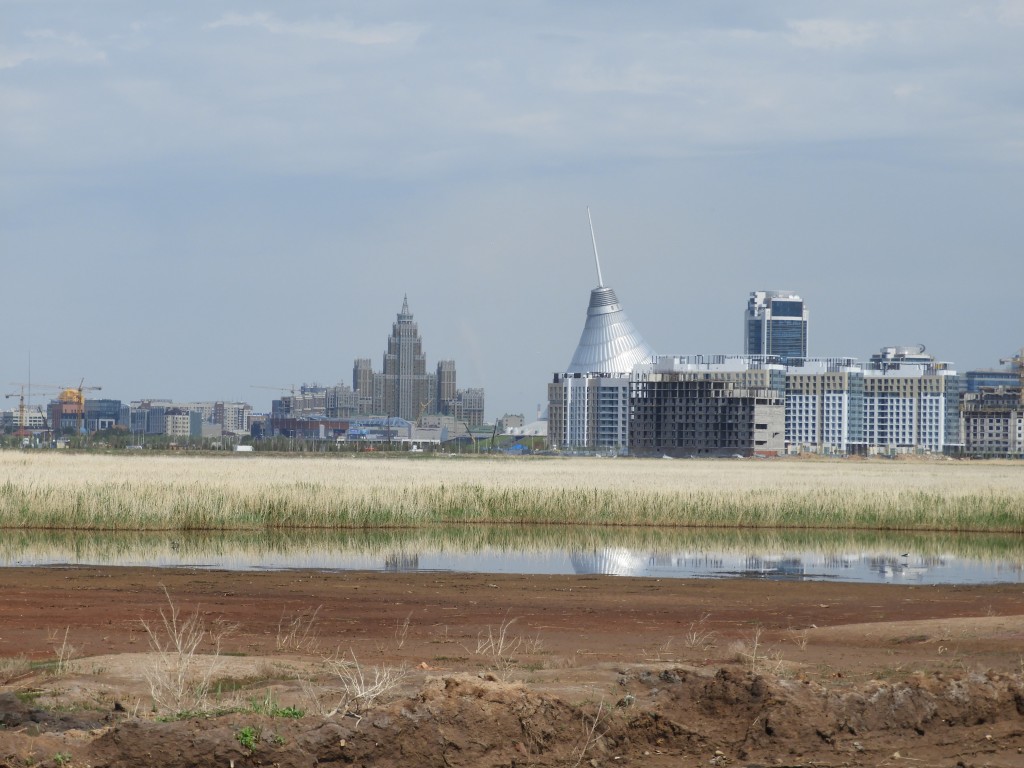 Birds were everywhere, including spectacular Red-spotted Bluethroats, Paddyfield and Great Reed Warblers along with Citrine and Blue-headed Wagtails.  Bitterns boomed from the reeds, Marsh Harriers hunted overhead and Red-necked and Great-crested Grebes, along with a variety of ducks and shorebirds, enjoyed the open water and muddy fringes. On one occasion, a White-headed Duck emerged from the reed-bed and, on another morning, a Dalmatian Pelican flapped lazily over the western edge of the city. 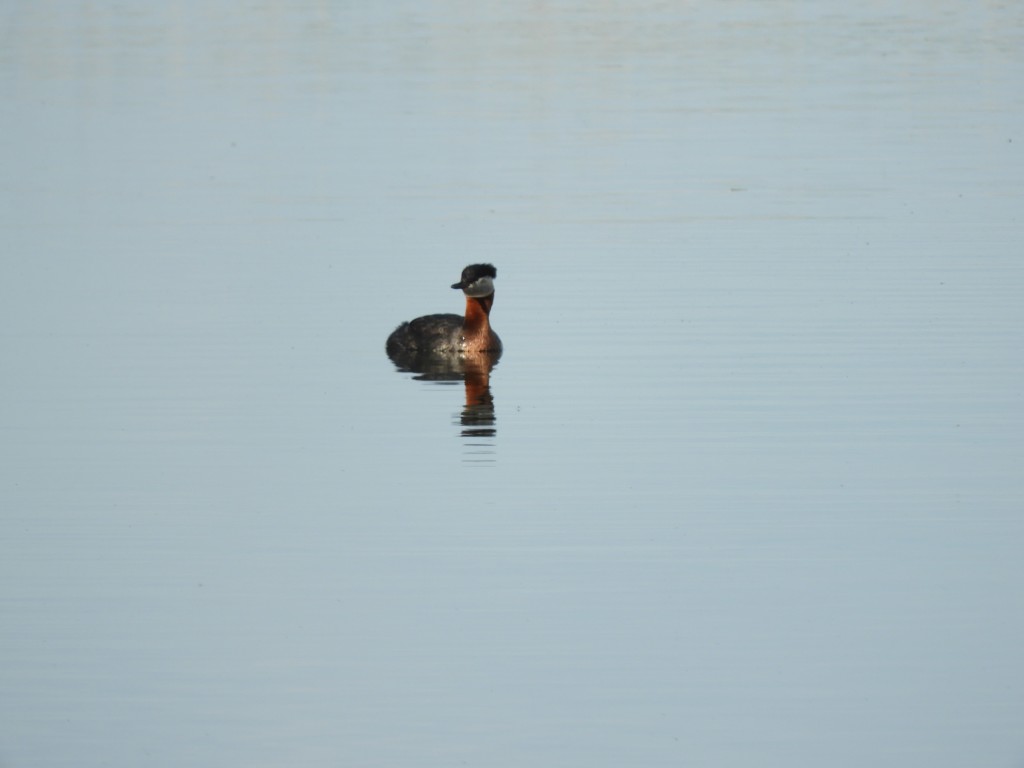 The birds, of course, must share the area with Astana’s ever-growing human population. There was already plenty of building taking place at the edges of the marsh. Although there is a wealth of such habitat nearby, it would be a shame if all of it disappears underneath tarmac and apartment blocks. Cities across the world are recognising how important it is – for people as well as wildlife – to ensure nature has a home within their boundaries.

Thirty-four years after my last bird-watching visit, Astana lived up to my memories. It would be even more magical a few weeks earlier when migration and bird song are both in full swing. And as for those biting insects, I am happy to report that they were nowhere near as ferocious as I remembered.

The author is a birdwatcher from England with more than 30 years of experience.