By Zhanna Shayakhmetova in Nation on 20 July 2018 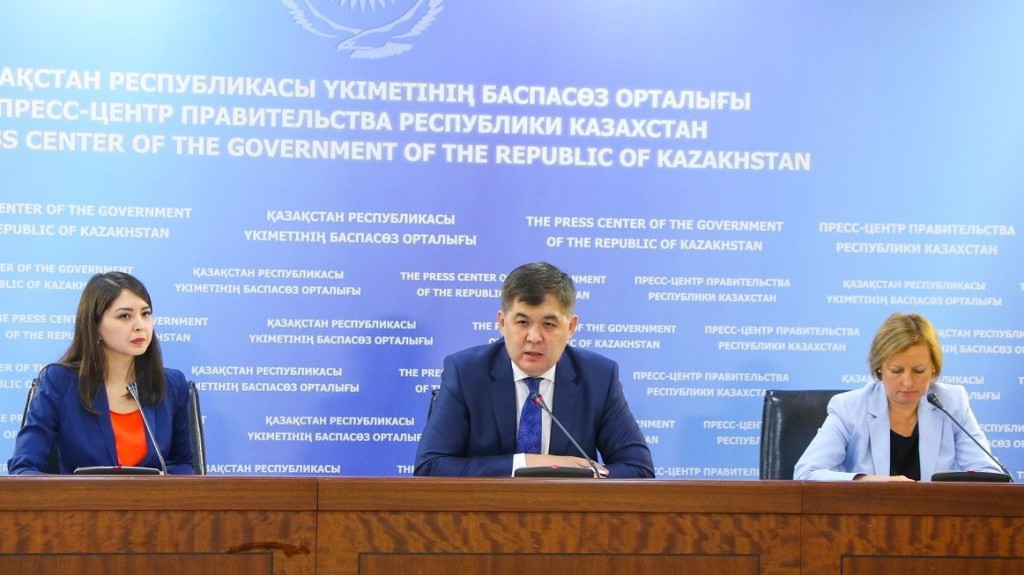 This year, the Mandatory Social Health Insurance Fund will also provide guaranteed free medical care. The medical benefits package will be provided in advance and within the limits of the fund’s annual revenues.

“The fund works as an operator of the free medical care programme and interacts with suppliers through budget transfers. A total of 924 billion tenge (US$2 billion) was allocated to this programme,” she said.

The operator is not fully funded and all finances received for the year will be used to purchase medical services.

“There is a need to pay the contribution and deductions to become a participant in the social health insurance system. An individual will receive a medical benefits package and has equal rights to receive medical assistance despite the amount of contributions,” she added.

“A package of free medical services will be provided for all citizens, permanent residents and oralmans (ethnic Kazakhs who have immigrated back to Kazakhstan since its independence). The services not included in the list of free medical care will be available for social health insurance system participants,” he said.

“We continue to work to attract investment in the healthcare sector. The investments increased by 63 percent compared with the same period last year. The largest amount of extra-budgetary investments was attracted to sanatoriums by 41 percent, hospitals and specialised clinics by 21 percent,” said Birtanov.

Thirty public-private partnership projects were executed in January-June. Sixty-five contracts worth 35 billion tenge (US$101 million) are being implemented in 2016-2018.

Paper-free medical records were launched in all regions.