By Anuar Abdrakhmanov in Sports on 10 July 2018 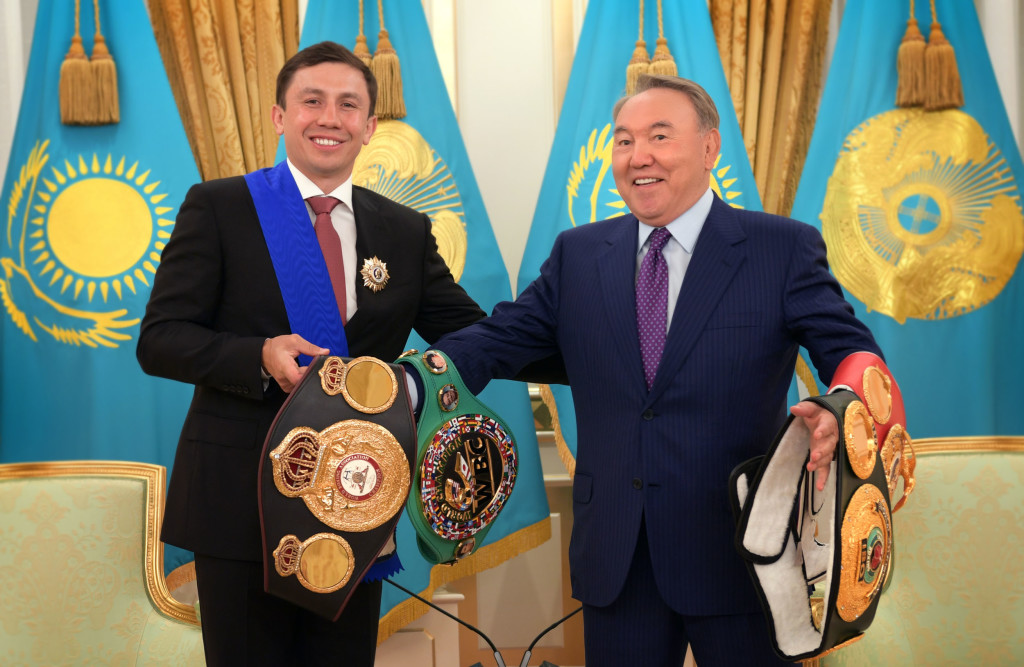 Nazarbayev told Golovkin Kazakh citizens are proud of his accomplishments.

“Compatriots watch each of your bouts. You represent Kazakhstan with dignity, do not forget your homeland and speak everywhere about it. We are proud of you. A very important bout in September is ahead. On behalf of each Kazakhstan citizen, I wish you success in the bout,” said Nazarbayev, adding that Golovkin presents a positive image of the country.

“You are invincible in your weight class, as well as you are entitled as the boxer with the most number of knockouts who does not have a loss. It is a great achievement and good promotion of the sport and Kazakhstan as well. We praise your efforts. If a chance to hold a fight in Kazakhstan occurs, we will facilitate and assist to it,” said the Kazakh President.

Golovkin thanked Nazarbayev for his personal support and promotion of boxing in Kazakhstan, including the Boxing School.

“In my turn, I will try my best to further promote the country on international arenas. If things go well, we will plan to have a fight in Kazakhstan. I believe that our people deserve such a large-scale event. I think everyone will be interested to watch such a remarkable event,” said Golovkin.

At the end of the meeting, the head of state awarded Golovkin with one of the highest awards in the country.