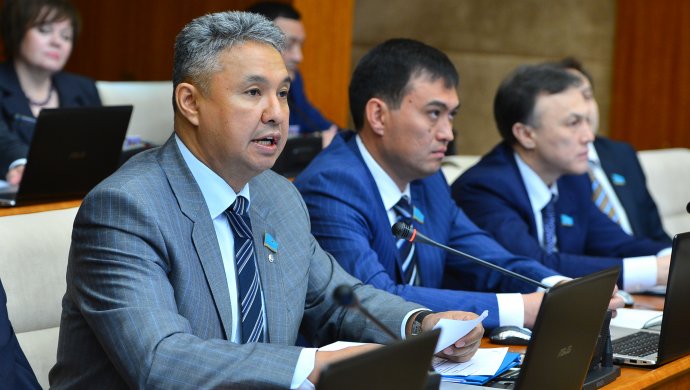 Peruashev proposed in his address to Kazakh Prime Minister Bakytzhan Sagintayev and National Bank Chair Daniyar Akishev protecting the gold and foreign exchange reserves because of geopolitical and macroeconomic risks.

“The gold and foreign exchange reserves are an essential factor in ensuring the stability of the national financial system and the national currency, tenge. The issue of maintaining their safety and liquidity is one of the main priorities of a state’s economic policy,” said Peruashev.

“Guaranteeing the safety of Kazakh gold and foreign exchange reserves is becoming more urgent with the processes in the world economy. The emergence of the geopolitical and economic conflicts along the West and Russia, U.S. and E.U. lines cause the threats to the international financial system and risks the high currency volatility and the international financial obligations,” he said.

“The active protectionist U.S. policy influences on some countries and supranational organisations’ reciprocal aspiration to limit the trade relations with the world’s first economy, U.S., and to find an alternative to the U.S. dollar as a mean of payment and reserve currency,” said Peruashev.

Specifically, the deputy notes China’s transition into the mutual settlement in Chinese national currency, the world’s second economy, with Russia, Iran and other countries.

“The expansion of this confrontation will make the dollar and the liquidity value of U.S. securities less predictable,” said Peruashev.