By Aidana Yergaliyeva in People on 19 July 2018

ASTANA – Karipbek Kuyukov will receive the 2018 Nuclear-Free Future Award (NFFA) in the education category for his essential contribution to the anti-nuclear movement. The award will be presented Oct. 24 in Salzburg, Austria. 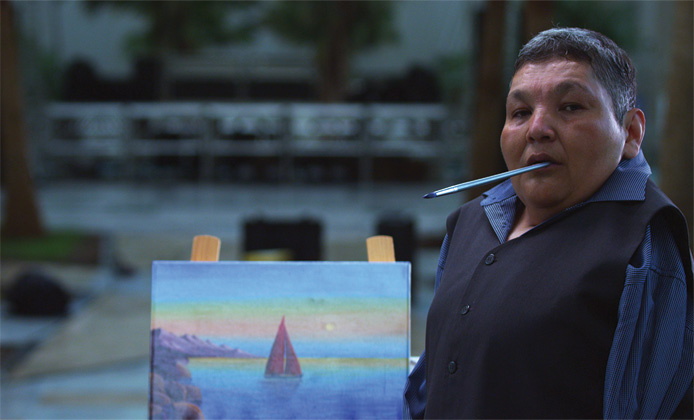 Since 1998, three cash prizes and two honorary awards have been presented annually to anti-nuclear activists, organisations and communities who contribute to educating the public and policy makers about the risks and impact of nuclear weapons, as well as advocating for policy change in favour of sustainable alternatives. The jury determined Kuyukov, an anti-nuclear activist, artist and The ATOM Project Honourary Ambassador, deserves the attention of the wider world.

In the past 20 years, NFFA has honoured a range of dedicated and effective individuals and organisations around the world. Importantly, it provided international recognition for those who were deserving but not well known for their work, noted Alyn Ware, a jury member and a leader in a number of international nuclear disarmament organisations.

Kuyukov said the award was a pleasant surprise and thanked Marzhan Nurzhan, Parliamentarians for Nuclear Nonproliferation and Disarmament (PNND) coordinator for the Commonwealth of Independent States (CIS) countries and Convener for Abolition 2000 Youth Network, who nominated him. The two have met frequently in the last year, as she attended all the events and projects organised by The ATOM Project.

“Karipbek demonstrated incredible courage to forge a meaningful life as a painter and anti-nuclear activist despite the physical difficulties he personally encounters and the trauma of growing up in a community where so many children are born deformed and with horrific health problems, many losing their lives at an early age,” Ware said.

Undoubtedly, Kuyukov has struggled throughout his life to merit the NFFA, yet he has never sought the honour. He believes the main achievement will be when the planet can be called entirely nuclear weapons-free.

“Karipbek’s story vividly illuminates the tragic consequences of nuclear weapons, but also the hope that humanity can rise beyond this tragedy, break down the divisions between us and build a more peaceful world that rejects nuclear deterrence and abolishes nuclear weapons,” Ware added.

Kuyukov, who was born without arms and is one of the 1.5 million victims of more than 450 nuclear tests at Semipalatinsk, views a world without nuclear weapons as a global goal of special importance.

“I think that this work is my duty to other victims… Many children were born ill. There was a high rate of child mortality. My mother also had two children, neither of whom could survive to be at least one year old. Therefore, in the 1990s I decided I will do everything that I can to bring change about,” Kuyukov said.

Closing the Soviet Union’s notorious Semipalatinsk nuclear test site in eastern Kazakhstan was his foremost goal when he joined the movement in the 1980s as a young boy. Reaching policy makers at that time was more difficult, however, because of less sophisticated communication technologies.

“I had to collect signatures, visit organisations and enterprises and we organised marches of peace and protests,” he added.

Although he was born without arms, Kuyukov was strong enough to realise this should not limit him.

“I can speak and I can draw. These are the two of my abilities that I used in the fight [for nuclear abolition],” he said.

Kuyukov has given numerous speeches at international conferences about the irreversible harm nuclear weapons can cause. He has also fought alongside victims in the United States and Japan.

“We went to the Nevada polygon. I was standing next to American people living there. We protested together. I remember American police arresting people,” he said.

As part of his contribution to the anti-nuclear movement, Kuyukov spreads the message through his paintings, which he draws using his mouth and toes.

“Through my drawings I want to show not only the horror, but also how beautiful our planet can be, and that only by standing hand in hand we can achieve the aim to fully eliminate nuclear weapons,” he added. 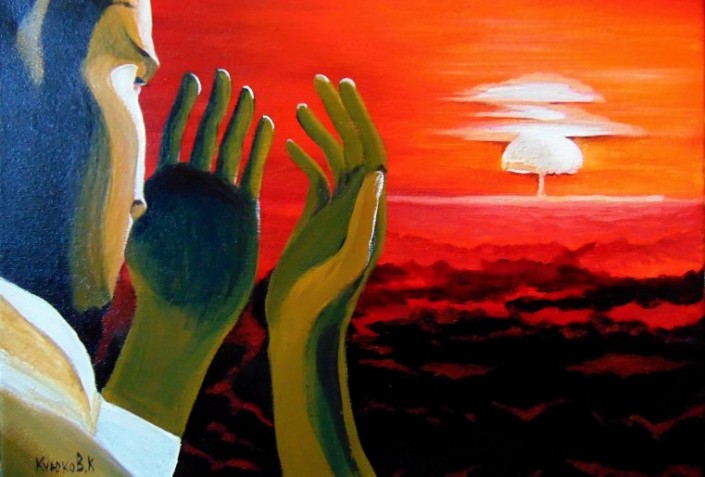 Kuyukov plans to spend the $10,000 cash prize on a charitable goal. He still has strong sentiment towards his homeland, the village of Yegindibulaq, and wants the money to be allocated for its preservation. He is worried the small village, just 100 km from the nuclear testing site, is becoming a ghost town, as locals keep leaving.

“Yegindibulaq was among the first to feel the consequences of the testing during the 40 years [the site was active]. I remember waking up when my whole old small house was shaking with the chandeliers and how we used to run out of the house,” he said.