ASTANA – Americans Victoria Charbonneau and Elizabeth Turnock launched Kamkor Zhurek (Caring Heart) in Taraz in 2015. The fund’s main purpose is to provide assistance to orphans, single mothers, children with disabilities and those who are disadvantaged. With its help, families, mothers and children prosper, change their priorities and values and set high ambitions. 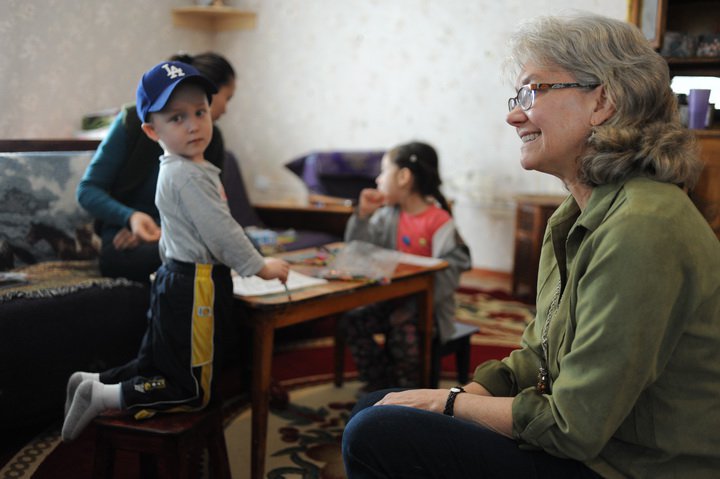 The Astana Times interviewed Victoria Charbonneau to learn how and why they launched the fund as well as to gain insight into its achievements so far and plans for the future.

Kamkor Zhurek seeks to ensure that every child can reach his or her full potential, as they need families and others to invest in them.

“On a regular weekly basis, there are about 25 mothers and 30 children that we work with. Some of the mothers live on a property, they live in a house,” she said.

Mothers who work from home participate in Kamkor Zhurek’s daily programmes, sending their children weekdays from 9 a.m.-6 p.m. The fund’s sales department engages the women to make felt items, offering them the opportunity not only to learn how to make products, but also acquire social skills.

“Some of them cannot write, read, tell time and do basic math. Our masters also teach them these kinds of basic skills that they will need long in life,” she added.

Charbonneau came to Kazakhstan for 18 days in 2000 as part of a delegation of social educators. She helped in an orphanage, falling in love with the 180 kids.

“I fell in love with the beautiful people, their warmth and hospitality, as well as the breathtaking landscapes of Kazakhstan. I love that people enjoy spending time with their family and friends, love to laugh, sing and dance. I love that most Kazakh people also love the beautiful nature all around them and enjoy spending time out in nature,” she added. 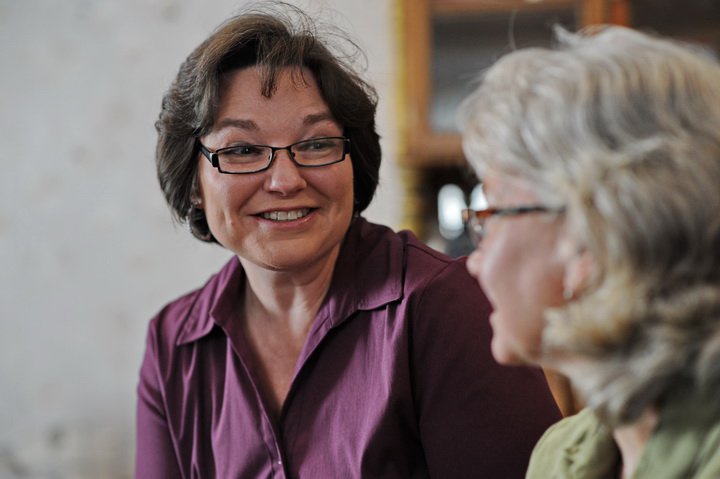 Charbonneau subsequently came to Taraz every year through the non-profit Interlink Resources, an American charity. She moved to the city in 2009 to work in orphanages and children’s camps.

She noted she did not realise the changes happening in children’s lives through their efforts. The youngsters still needed more support, life skills and the need for a home environment.

Turnock, her colleague and friend, shared Charbonneau’s vision and plans. Their dreams triggered building Kamkor Zhurek and ensuring the kids will have a chance for a better future.

Charbonneau sees the ways the children quickly progress. They speak Kazakh, Russian and English and are very bright.

“I also saw mothers growing and learning. We had one mother who came in and lived with us; she was not in very good shape in the beginning. She visited the U.S. to have surgery because she had severe scoliosis, a hump and cleft lip,” she said.

“Now she knows how to take care of her son, has better parenting skills, rents an apartment and has a job. She thinks about her son’s future prospects, his education and job opportunities. Before, all she kept thinking about was ensuring her son had food to eat,” she added.

She also spoke about a mother and her young son with Down syndrome. 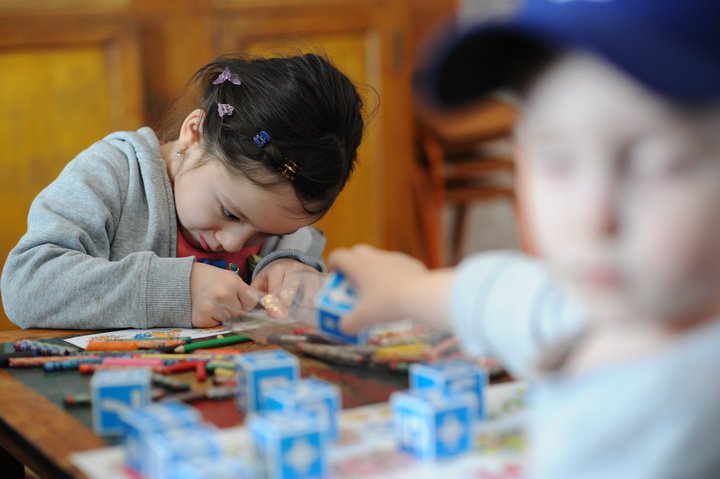 “He came when he was eight months old with his mother and they lived together at a property. She was afraid for her son before. Now he is 2.5-years old, he is very talkative and loves to go for a walk. His mother thinks of him as a precious child and knows he is a true gift,” said Charbonneau.

In the orphanage, she had been discouraged from getting a job and taking care of her son.

“Recently, she got a job and a new apartment. We helped with little things to make the house a bit sweeter and warmer. She still visits us six days a week. I love seeing them grow. This is the most important thing – contributing to their better future,” she said.

Charbonneau said American culture differs in some ways, as people there believe one person can make a huge difference and individuals try to work together to help each other. People believe that together they can make an impact.

Kamkor Zhurek is full and in need of expansion. Fund leaders plan to move the day programme and rent a different building where they can accept more mothers and children. 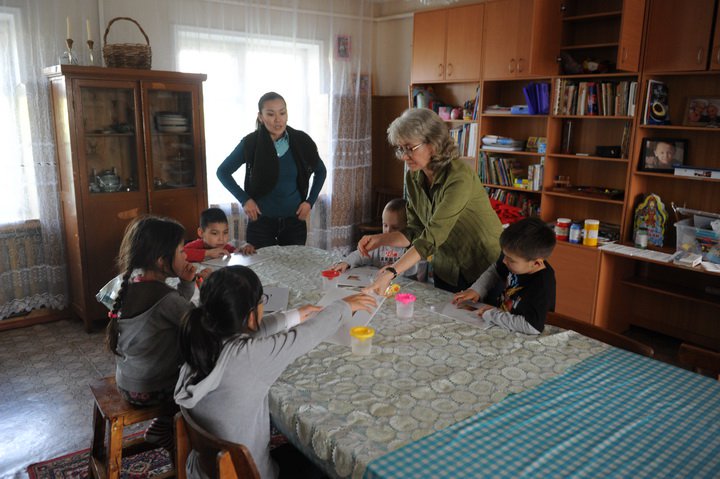 “We want to make it a family centre, welcoming families that either have children with disabilities or single parents that are struggling in making an income and finding resources,” she said.

Charbonneau also organised a visit to the U.S for surgery for young girls Natasha and Saule and accompanied them there.

“Those were very successful and the doctors in a hospital all volunteered and donated their services. We had host families there as well,” she added.

Charbonneau noted doctors came to Almaty to conduct master classes and work with some doctors and patients. Similarly, the Kazakh medical staff traveled to the U.S.

“Now, we hope to bring Dr. Darrin Hubert and his colleague, anesthesiologists and surgical nurses to Kazakhstan. They are donating all their services. We just need to raise funds for their plane tickets. It is all they want,” she said. 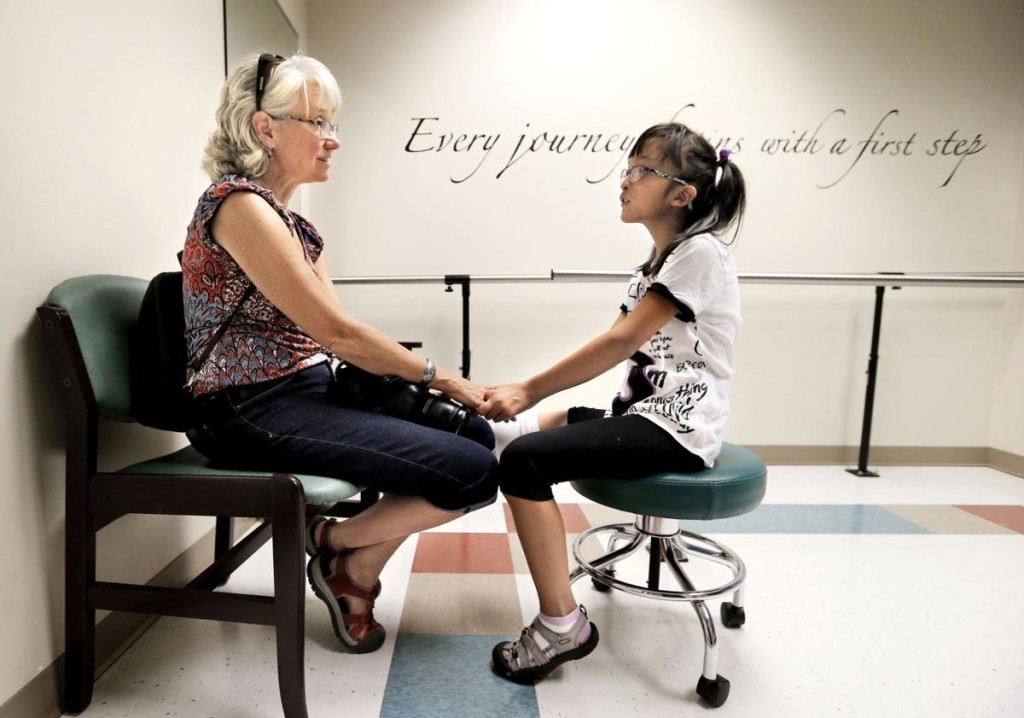 The doctors plan to perform surgeries on some children from the orphanages and low-income families. The medical exchange will help more people in Kazakhstan have a better future, she feels.

Kamkor Zhurek was nominated in 2016 and 2017 for the Altyn Zhurek (Golden Heart) national award, an annual honour presented to charities for their contributions to Kazakhstan.

“We won the award in 2017. It was amazing because there were many great people and organisations who were doing considerable things for Kazakhstan. Although we are a small project, it was big surprise and honour to be up there and meet many incredible people,” said Charbonneau.

She believes social issues must be addressed with a common effort.

“If we work together, we can make a difference. I want to see Kazakhstan on the leading edge of how it cares about the life of each citizen,” she added.