By Anuar Abdrakhmanov in Sports on 24 July 2018

ASTANA – Astana Pro Team’s Spanish cyclist Omar Fraile won the 14th stage of the Tour de France. He was the first to finish the 188-km stage between Saint-Paul-Trois-Châteaux and Mende. 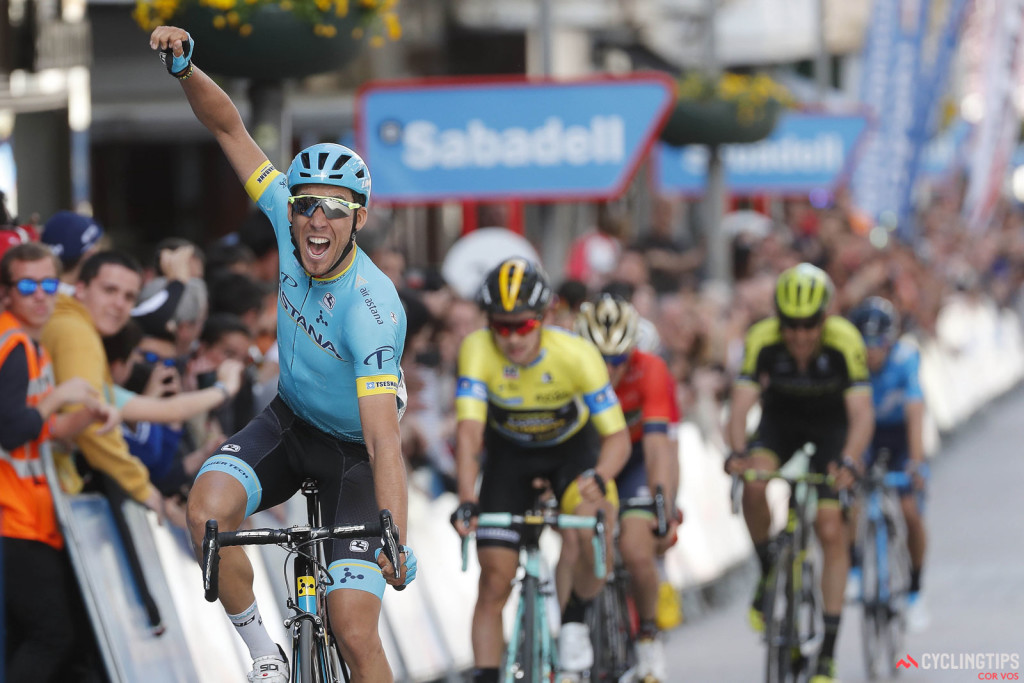 Fraile finished in 4 hours, 41 minutes, 57 seconds. France’s Julian Alaphilippe, riding for Quick-Step Floors, was six seconds behind for second place. Belgian Jasper Stuyven, of Trek-Segafredo, had the same result. The win was Astana Pro Team’s first in this year’s race.

“It was wonderful, unbelievable! I cannot believe it! I had a dream to win a Tour de France stage and now it has been reached! A year ago I won the Giro d’Italia stage and I had the same success at the Tour de France. I’ve started to feel myself well since yesterday and I was motivated to win the stage. I knew it would be very difficult, mainly because of the size of our team. During the final climb there was a crosswind; however, I attacked and put 100 percent out to get an edge and did not let opponents get out ahead,” said Fraile.

The day was a difficult one for the Astana cyclists, as the team and the nation mourned the death of Kazakh figure skater Denis Ten. The 2014 Olympic bronze medallist was fatally stabbed July 19 and, in his memory, the cyclists rode with mourning buttons on their sleeves.

“The day was hard, for our thoughts were about Denis. Our cyclists started the race with black buttons on their sleeves. We had lots of our thoughts about Denis, remembering him. I knew him in person; he was an open, nice and well brought-up guy. It is terrible to lose such young and brilliant people. It is a day of mourning for the entire sport. Today’s victory by our team was the only thing that we could do at the Tour de France in memory of our compatriot Denis Ten,” said team manager and London Olympics gold medallist Alexander Vinokourov.

The Tour de France, the world’s most famous and prestigious bicycle race, has been held for more than 100 years. It started on July 7 in Vendée and will finish July 29 on Paris’ Champs Elysees. British racer and Sky Team member Geraint Thomas is the overall classification leader, followed by fellow Brit Christopher Froome and Dutch racer Tom Dumoulin.