By Zhanna Shayakhmetova in Culture on 2 July 2018

ASTANA – More than 1,000 musicians will perform during the “Shine, Astana” concert premiere at the Astana Opera House July 2. The event is dedicated to the 20th anniversary of the Kazakh capital. 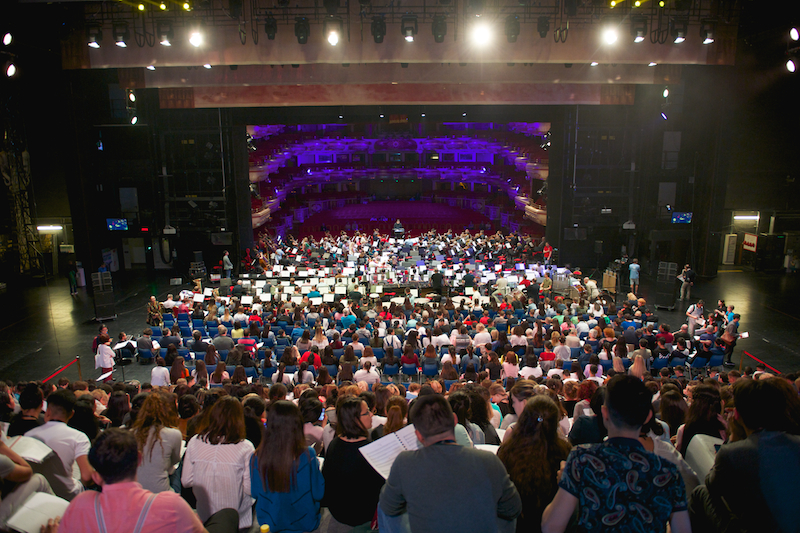 Symphony orchestras and choirs from all regions of Kazakhstan and musicians from Austria, Belarus, Croatia, Germany, Greece, Italy, Russia, the Netherlands, Tajikistan and Uzbekistan will take part in the unique project.

“[Jenkins has] already performed at the Astana Opera House and collaborated with musicians in all regions of our country. Jenkins was fascinated by the musical culture of the nomads and devoted some works to the land of great steppe. He performs these suites abroad and, according to the composer, they are a great success,” an Astana Opera press release notes. 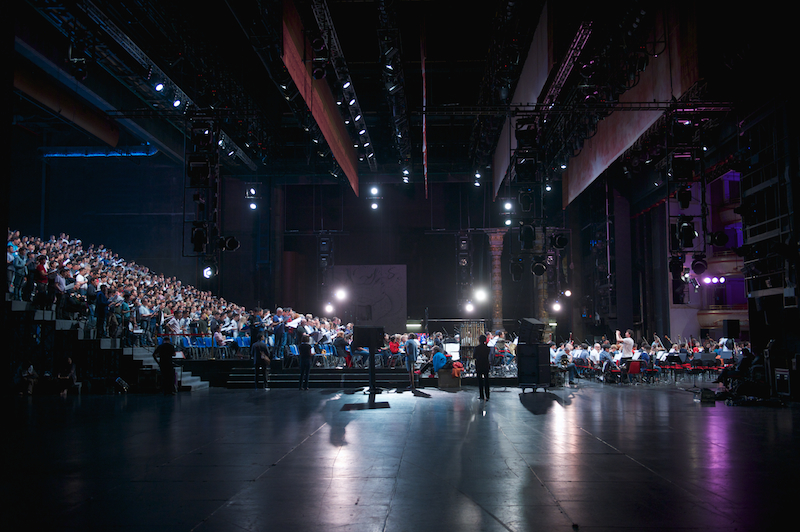 The concert will be performed in four parts.

“The work reflects the centuries-old history of Kazakh people, featuring excerpts from the ‘Zhailau,’ ‘Karasai,’ and ‘Abai’ national pieces of music. The second part, titled ‘Echo of the Ages,’ will feature songs from the ‘Codex Cumanicus’ or The Dictionary of the Kipchak Languages,’ written in the 14th century, performed by the male choir. In the third part, ‘The Symbol of Young Kazakhstan,’ the composer uses fragments from the ‘Sary Kyz,’ ‘Karlygash,’ and ‘Dudarai’ compositions. The final fourth part, ‘Triumph of Mangilik Yel,’ has a life-affirming festive character. This part includes excerpts from the ‘Tulpar,’ ‘Kozimnin Karasy,’ and ‘Shine, Astana’ works,” it said.

Buribayev also presented the premiere of Gustav Mahler’s ‘Symphony No. 8’ with the participation of more than 1,000 symphony orchestra soloists from around the world in Astana in 2017.

The Astana-Arkau International Festival of Turkic Traditional Music will be held at the Chamber Hall July 4 and 5 as part of the city’s birthday celebrations. The concert will feature folk music from Turkic peoples, including shamanic songs, virtuoso compositions for khomus (a metallic, tongue-played instrument), throat singing, epics and instrumental compositions. The festival will contribute to the revival of the traditions of interethnic interaction and strengthen the role of Kazakhstan as a patron-unifier of the musical culture of the Turkic people.

The ballet “Le Corsair,” staged by People’s Artist of Russia and Astana Opera Ballet Company Artistic Director Altynai Assylmuratova, will be presented July 6 and 7. Astana Opera’s entire ballet company, including approximately 150 soloists, will be involved in the production.  Aigerim Beketayeva and Anel Rustemova will play the part of Medora and Arman Urazov and Olzhas Tarlanov will play the part of Conrad.

“All opera houses have a production of ‘Le Corsair’ in their repertoire, because there are both classical dances for the corps de ballet, and non-classical moments for acting for men and women. The ballet features two pairs dancing technically difficult things, in which you can show all your skills. There is also a difficult classical trio, as well as character dances,” said Assylmuratova prior to the premier of the ballet.