ASTANA – Kazakh weightlifter Ilya Ilyin recently announced his return after a two-year doping ban from the International Weightlifting Federation (IWF) at a June 11 press conference at the Central Communications Service in the capital. 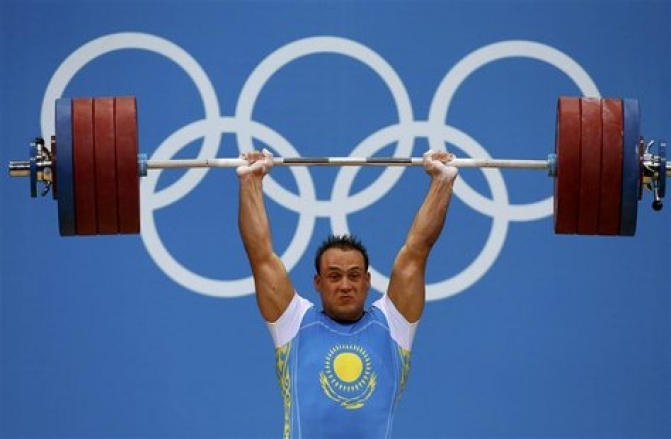 “I was waiting for this day. I am so excited. I return to my work. I feel better now. I expressed my gratitude to the administration of the Kazakh Weightlifting Federation. They supported me. President of the Federation Zhanat Tussupbekov is a person who has done a lot for me. I want to apologise if I disappoint someone. It’s impossible to change the time,” he said.

“I want to thank President Nursultan Nazarbayev for his support during tough time. We met last year at EXPO 2017, and the President told me that everything would be fine, and I remain the champion for him. I am happy that he appreciates me. I want to thank everyone, who supported me. There are victories and challenges, and we have to face these difficulties to understand that we are ready to go further,” he noted.

The athlete shared his plans to take part in the national championship in Taldykorgan in August.

“I have been training for two years. I am ready for new competitions. I improved my English. I am 70 percent close to the perfect physical condition. I lifted 172 and 212 kilogrammes practicing last time. Practice, recovery and practice once again are not easy at all. However, it will be better later. I will participate in the Kazakhstan’s championship. I also want to get qualification for the World Cup. I’m ready to win,” he said.

The International Olympic Committee (IOC) stripped Ilyin of the two Olympic gold medals he won in 2008 and 2012 in the 94-kilogramme category as the reanalyses of samples from the Beijing and London Games showed positive results.