ASTANA – The sixth International Festival of Contemporary Ethno Music, known as the Spirit of Tengri, will kick off June 2 in Almaty, reported Tengrinews. The two-day open-air event, starting 5 p.m. in Abai Square in front of the Republic Palace, will feature a rich programme culminating in the performance of ethno music bands coming to the country’s southern city from 12 countries. 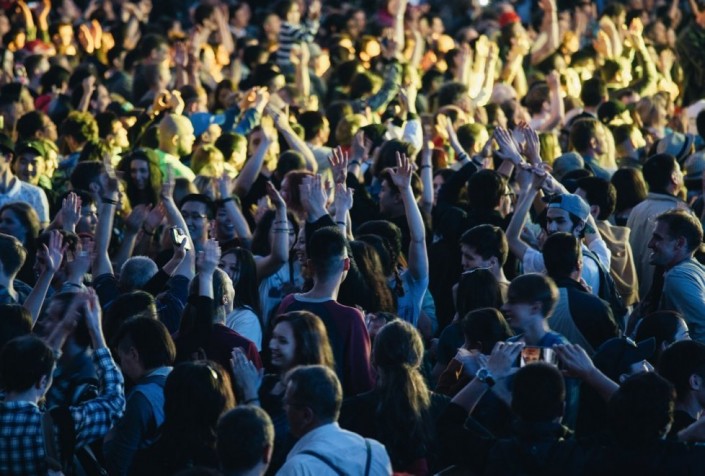 Established in 2012 by Kazakhstan’s Tengri FM radio station, the festival has welcomed more than 100,000 visitors through the years from Kazakhstan and abroad, celebrating a nomadic culture and providing an opportunity to return to one’s roots while listening to ethno beats and sounds.

The festival is unique not only for Central Asia, but for the entire world, noted Spirit of Tengri general producer Zhan Kasteyev.

“We have our own approach, our own idea. We are pioneers on this path,” he said. “The ethno music is reaching a global competitive level.”

The festival extends the cultural perception of ethno music diversity.

“We are all used to pop music, mostly foreign artists. We will not surprise the world with rock-n-roll or rhythm and blues. This is not ours. The festival showed that we can introduce our ethno music to the world and coexist with the diverse listening pallet of foreign musicians. The attitude towards Kazakh ethno music, for example, has finally changed. Our musicians finally turn to our music and experiment,” he added.

The bands include some already familiar to the public, such as Abbos from Uzbekistan, which will open the festival, Argymak from Bashkortostan, French-Algerian Speed Caravan and Shono from Buryatia.

Q2A (Israeli Quarter to Africa) will also perform for the first time. Established in 2014, the members play oud, saxophone, trumpet, electric guitar, bass, percussion instruments and piano, combining traditional Arabian sounds and African rhythms in jazz and funk style.
“This year, we have an incredibly diverse list of participants. Teams from 12 countries will perform and each of them is unique and original. Abbos group will open the festival with a bright performance. Steppe Scape band, consisting of musicians from Eurasia, will be taking part for the first time. The audience’s favourite Speed Caravan from Algeria will be there, as well as Argymak band. The public will enjoy a beautiful show, live music and a wonderful festive atmosphere,” said festival director Timur Gridnev.

Guests will also be able to visit a fair featuring handmade items, ethno clothing, musical instruments and souvenirs and have a chance to tour an ethno town and try cuisines of different countries.

“We are very proud of it. We will organise several big events in Almaty and Astana as part of the project. Three concerts and large festivals will take place in Astana. [These include] Nomad Way, the three-day festival that we will organise with the Ministry of Culture and Sports. Then, we will have The Spirit of Astana organised with the city administration and a brand-new project, The Spirit of Dance, again with the culture and sports ministry,” he added.