ASTANA – Kazmunaygas (KMG) International, part of the Kazakhstan’s national oil and gas company Kazmunaygas, showed 12 percent growth in operating profits in the first quarter of 2018 over 2017. 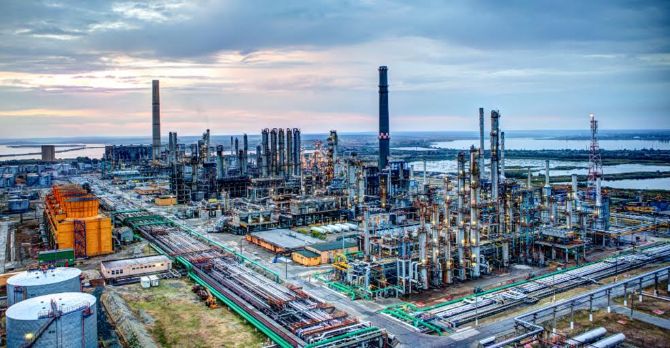 “The first quarter was a record one for the company that significantly improved its operational efficiency by increasing its maximum production capacity achieved last year,” said the company’s statement.

In 2007, Kazmunaygas purchased a 75 percent stake in Romania’s second largest oil company Rompetrol and two years later bought out the remaining 25 percent becoming the sole shareholder in the company, in what is now known as KMG International.

With headquarters in Amsterdam, the company’s activities include oil processing, refining, trading and retail spanning 11 markets in Europe and Central Asia and employing more than 7,000 people worldwide, including 5,000 in Romania.

Its key assets are the Petromidia refinery, Romania’s largest refinery company with an annual capacity of more than five million tonnes, in Navodari city in the region’s strategic Constanța port and Vega refinery in the Prahova county.

The company’s 2018 growth is underpinned by an increasing processing volume and sales in Romania and the region.

“At the same time, the company continues its measures to optimise and increase cost efficiency of processing, logistics and sales as well as transform current activities to cut operational costs and increase profitability,” read the statement.

“In 2018, we continued implementation of the internal programmes that seek to achieve steady development and diversification of business. First of all, this includes low cost initiatives in oil processing, trading and retail bringing economic benefits right after their introduction, in other words, quick win initiatives,” said KMG International Vice President for Corporate Development and Strategy Alexei Golovin.

Current projects implemented by the company are meant to achieve comprehensive digitisation of production, launch new oil chemical and polymer production capacities, set up additional reservoirs at oil storage facilities, increase energy efficiency and expand the geography of petrol stations in Romania as well as other target markets, including Turkey, Ukraine and Serbia.

Golovin cited the “achievement of record indicators in operational efficiency and maximum production capacity” as key drivers behind the company’s growth.

“With that in place, another factor bringing positive effect is the company’s current programme ‘Change for Good.’ This is a symbiosis of best business practices and developments in building an effective corporate culture model as well as neurophysiology and psychology. The key role is given to the creation of a favourable working environment within the company and value of each and every worker in the team,” he said.