ASTANA – After a year of negotiating, Saul “Canelo” Alvarez and Gennady “GGG” Golovkin recently agreed to a second fight in Las Vegas on September 15. 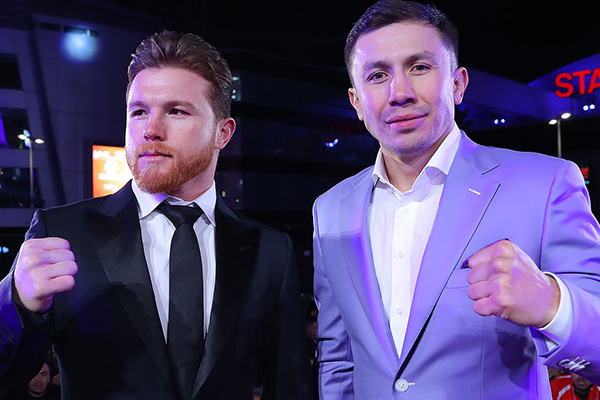 “I’m happy to inform that we have a fight September 15,” promoter of a Mexican fighter Oscar de la Hoya announced the news in a tweet.

The initial rematch on May 5 was called off after Canelo tested positive for clenbuterol and was suspended for six months by the Nevada State Athletic Commission for an anti-doping violation. In the meantime, GGG fought a replacement opponent Vanes Martirosyan and knocked him out in the second round.

The most argued issue in the lengthy negotiations was the financial compensation each boxer would receive. Golovkin firmly stood on 50-50 split and Alvarez with Golden Boy Promotions initial offer stood at 65-35 in their favour.

On June 12, Golovkin was given a 24-hour ultimatum to agree on a 42.5 percent split or have the bout cancelled. Golovkin rejected the offer and stood on a 45 percent split and negotiations believed to hit stalemate.

After the official announcement was made, past the agreed deadline, Golovkin’s promoter Tom Loeffler said his fighter got more than 42.5 percent, though complete terms of the deal are undisclosed.

“Rematch is on! GGG will be even more dominant on September 15 for all that nonsense! Biggest Fight of the Year!” tweeted Loeffler.

The bout will be fought at T-Mobile Arena in Las Vegas over the Mexican Independence Day weekend and the arena was already reserved by the Golden Boy Promotions.

The first fight between Golovkin and Alvarez Sept. 16, 2017 ended in a split draw, though many viewed Golovkin as the winner. The bout generated 1.3 million pay-per-view buys and a $27 million gate, the third-biggest in boxing history.