ASTANA – Built on the traditions of the old world, Astana has a sense of futurism, said British artist Alex Connor, one of the Nur Kelbetti Astana Festival participants who are demonstrating their impressions of the Kazakh capital with works of art. 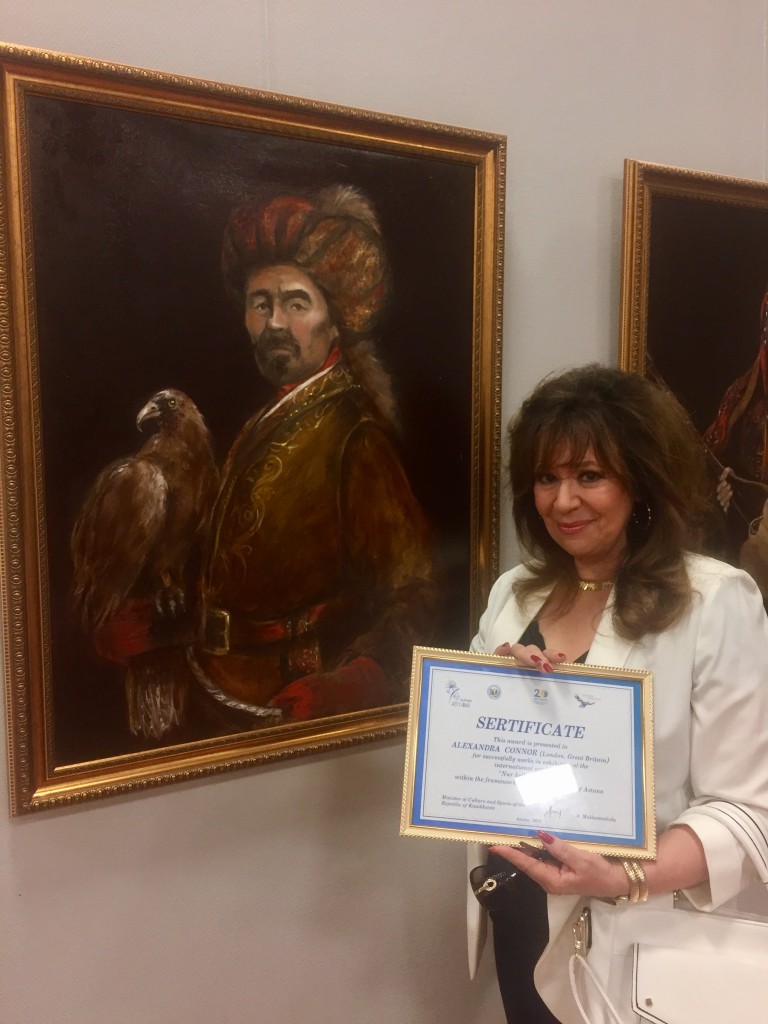 A painter and art historian, Connor has written ten historical novels and conspiracy thrillers set in the art world.

“I write about the past, so I pick an artist and I write something about his/her life but set that against the contemporary art world in London, New York, Paris, Tokyo, all around the world,” she said.

“The Isle of the Dead,” originally written in Italian and later translated and published, won the Rome Prize in June 2017.

Connor thinks it is possible to write a book set in the Central Asian capital.

“It would be wonderful to have all the traditions and toughness of the old world with the glorious flavour of the new,” she said.

The thriller writer is also a very talented portrait painter who came to the festival with 12 other foreign artists. They spent ten days exploring the city to express their vision of the capital on canvas.

“Astana is an extraordinary mix of the new and innovative. It took only 20 years, two decades, to create this and that is so impressive. It shows vision, hard work and dedication to build the magical brand-new city,” she added.

Connor was particularly impressed by the urban architecture.

“My favourite buildings are two huge conical gold office blocks. I also loved the fountains located between the National Museum and the mosque and the eagle on the top of Kazakh Eli monument. We have visited a huge mosque, Hazret Sultan Mosque, where it is so peaceful and quiet. Then we went to the Christian church and the synagogue and I am impressed that everybody is comfortable. Everybody intermixes in Astana, which is very rare, and that is a clever thing to be proud of,” she said.

The artist also had an opportunity to talk with the local population.

“One thing which really amazed me is how people are incredibly receptive to art. Besides that, they have such pride in their city. That is enthusiasm and you should be proud of where you live and what you have achieved,” she added.

The city is not merely a concrete jungle of skyscrapers and Connor noticed its human touch.

“The people are the humanity of the city; the soul of Astana is your roots. At night, when all the lights run, I saw the lights of high buildings looking like those in science fiction movies. Astana has an amazing sense of futurism which is set against traditions. The future is important; it is what we should live for as long as we do not forget about our roots, about where we come from,” she said.

“I painted a mature man with a beard holding the eagle to show solidity and maturity, a woman with a dombra which brings up music and beauty, since you have no city without women, and a young man looking away at the future you are building every day,” she said. 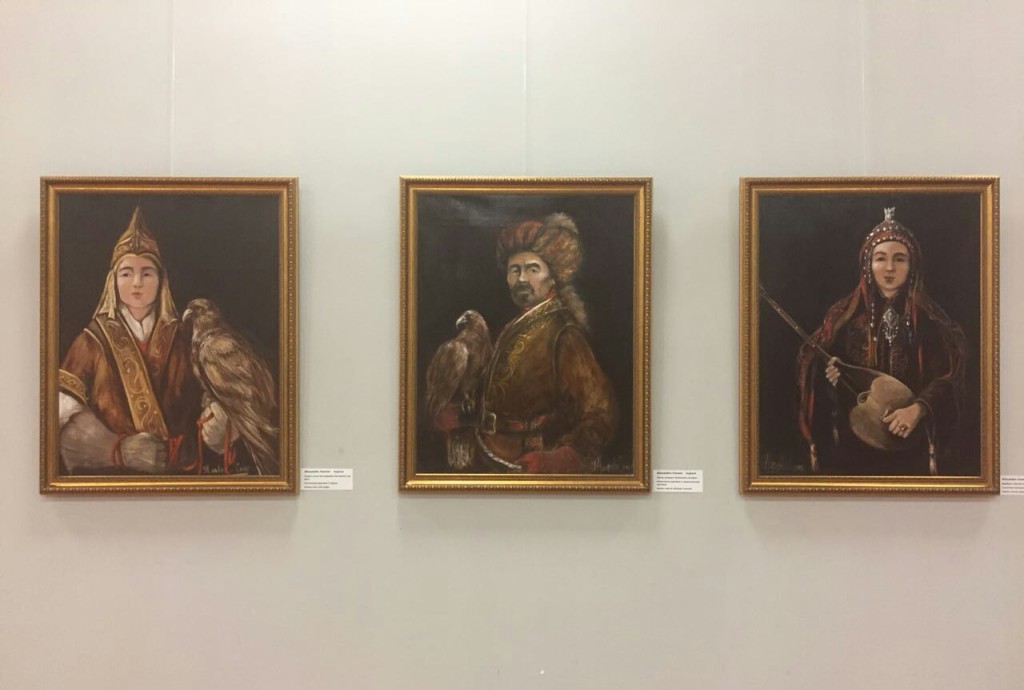 Typically, the portrait painter has a model. This time, however, she did not use a particular individual, instead creating works from her imagination.

“I was walking in the city and looking at people’s faces, bone structure, eyes and their colour. Then I got a composite picture from my memory, including traits of different people. I wanted the paintings to include a little bit of every Kazakh citizen, everybody from Astana, so the portraits do not depict specific people,” she said.

Connor’s paintings and those by 19 other artists, including six Kazakhs, are available to the public through June 30 at Kazakhstan’s National Museum.