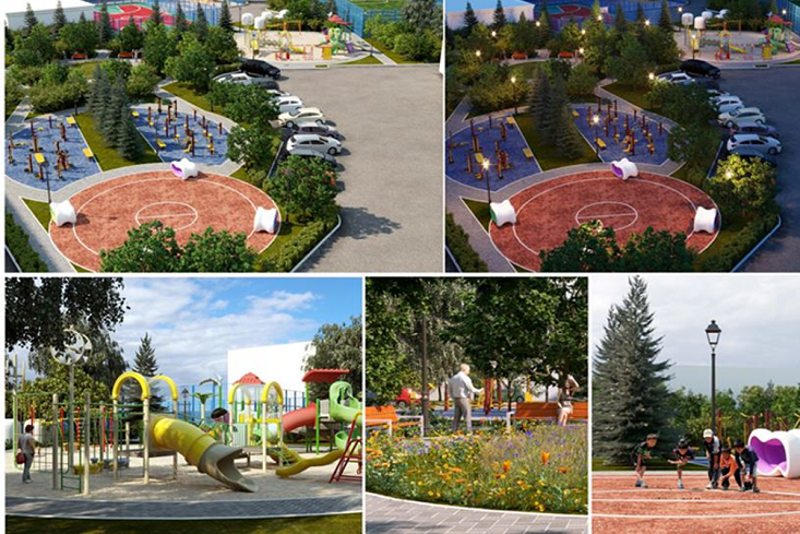 “It is of particular importance for us to build parks and squares on the right bank of the city. We did not give the land lots to commercial projects after demolishing old buildings, but earmarked them for parks and squares with playgrounds and sports facilities as citizens have asked us to. This year, 13 squares and boulevards will be constructed and five more will be built next year. I am convinced that such construction will improve the quality of city infrastructure,” said Akim (Mayor) Asset Issekeshev.

Each square and boulevard will be dedicated to a specific theme. The square near 5 Birzhan Sal Street will be named Park of Suitcases as it is located near a railway station, while the park on Pushkin Street will be called The Great Wall of China.

The recreation site at the intersection of Republic and Dukenuly streets will be known as the Square of Astronomy and Cosmonautics. The Square of Stones, resembling a Japanese rock garden, will be on Saryarka Avenue, and Math Square will have facilities for playing chess.

The parks also include Literature Square with bookshelves and benches for readers and Boulevard of Arts on Kenessary Street with a wall for painting. Boulevards will also be constructed along Abai Avenue and Mailin Street.

A botanical garden on the left bank as well as reconstruction works in Arai Park will be completed this year. The recreation sites will feature outdoor shopping spots.