ASTANA – Scholars from 20 countries discussed the role of Central Asia on the Global Silk Road, the dialogue of cultures and confessions from antiquity to modernity at the June 13-15 Central Asia on the Great Silk Road International Scientific and Practical Conference in Almaty. The scientists paved the way for the development of political and social relations between Central Asian countries. 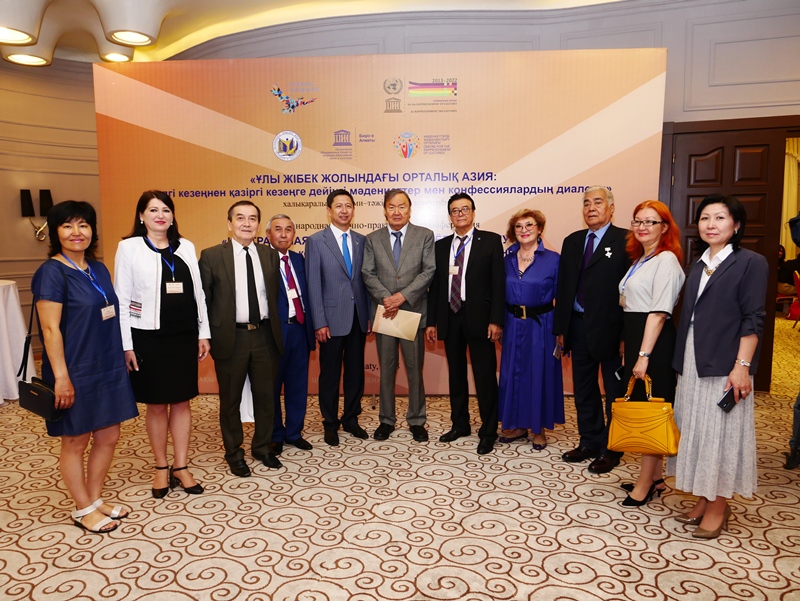 The conference gathered historians, archaeologists, philosophers and turkologists from around the world. Examining interactions in trade, culture and geopolitics is essential in contemporary world, noted the scientists.

“The global conference dedicated to intercultural relations was held for the first time in Kazakhstan. We raised the question of interethnic dialogue between countries that existed on the Silk Road,” said Victor Novozhenov, head of the International Dialogue Department of the Centre for the Rapprochement of Cultures.

“The importance of considering the issue of cultural dialogue and transport corridor between China and Europe is immense. Kazakhstan inevitably falls into this field of geopolitics and trade, to use the experience of our ancestors,” he added.

“The silk reached Europe by sea through India since the second century. It became well-known during the reign of Emperor Augustus. The silk could reach Europe through land as well. The caravans marched from China through Dzhungaria to Black sea, Central Asia and Caucasus,” said Khazanov

In addition, they considered the potential of Central Asia to preserve the region’s cultural heritage and nominate sites for the UNESCO World Heritage List.