ASTANA – Responding to the eight fatal cases of meningitis registered this year, approximately 2,000 Almaty residents will be examined for the disease. Kazakh healthcare heads are confident the situation is under control and the infection chain will be broken. 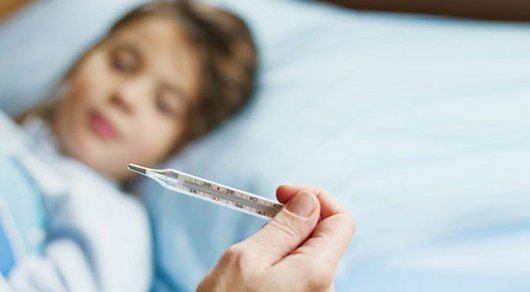 Chief State Sanitary Doctor Zhandarbek Bekshin and Vice Minister of Healthcare Lyazzat Aktayeva were accompanied by reporters May 26 as they visited Almaty’s hospitals for treatment of infectious diseases. Bekshin noted the medical centres have available beds and, in some cases, empty wards.

“Today, the number of diseases and the incidence rate is not critical, so there is no reason to discuss the lack of places in hospitals,” he said.

He attributed the deaths to the fact the affected individuals delayed seeking medical attention.

“All the fatal cases are primarily due to the fact that the patients came late; that is, they did not hurry to ask for medical assistance. Here is the last case – a student was ill and lay in a dormitory for three or four days. He did not ask about medical assistance and when he asked, it was too late. Therefore, the main reason for the lethality is the untimely appeal to medical workers,” he added.

“To date, the work of medical personnel and authorities is aimed at stopping the spread of this mechanism (transmission of infection from carriers). For this purpose, all contacts are taken into account. As of today, about 2,200 are being examined. At that, two people are carriers and three are being identified. That is, the detection process is active. We will interrupt the chain using the methods,” he said.

He emphasised the recommendation to expand vaccinations.

“Now, the vaccine is a paid one and it is available not only in private medical centres, but in state ones. We are also checking the situation with antibiotics. The main prevention is, along with the identification of carriers and patients from among contacts, also timely antibiotic treatment,” he said.