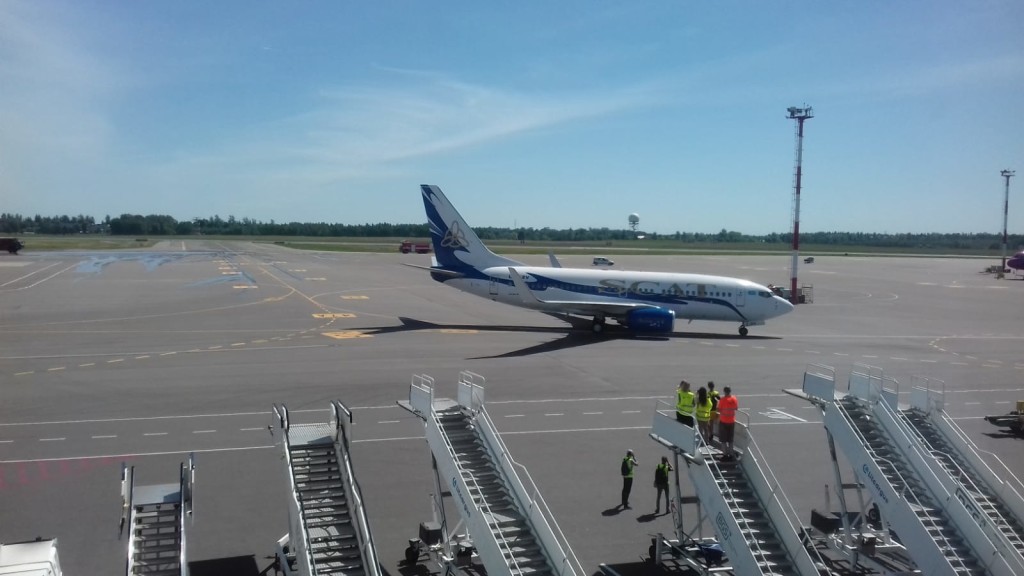 “A new route is first and foremost good news for our business community. Economic ties between Lithuania and Kazakhstan are getting stronger year by year and we have been working hard over the past years to put this important and necessary route on our map. Besides, exotic Central Asia is not just a business, but a very attractive destination entailing the search for undiscovered places for vacation,” said Lithuanian Airports Director Marius Gelžinis at a May 27 press briefing in Vilnius. 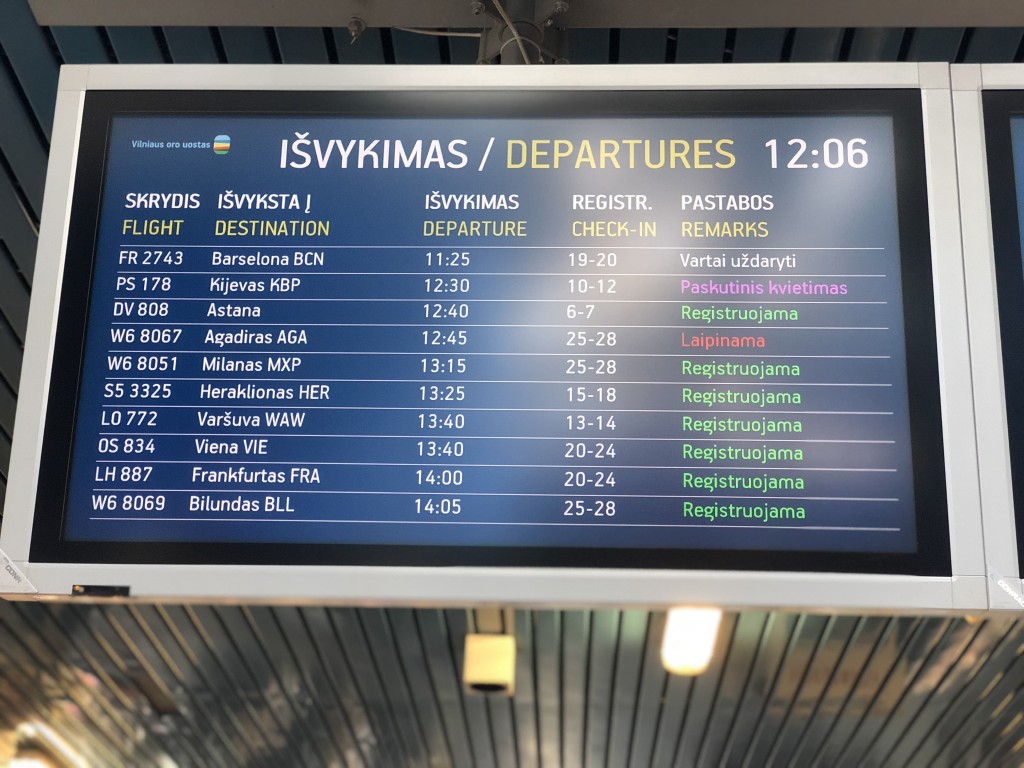 Lithuanian Ambassador to Kazakhstan Vytautas Nauduzas, also present at the press briefing, said the launch of the new route, a result of three years of negotiations, will bring the countries closer to increasing their trade from the current $1.7 billion to $2 billion.

“We have good news today. The new route makes a journey from Vilnius to Astana and other cities in the Central Asian region and China more comfortable and less tiring. The Lithuanian businesses are interested in entering the Kazakh market, yet the potential remains unfulfilled,” said the Lithuanian ambassador. 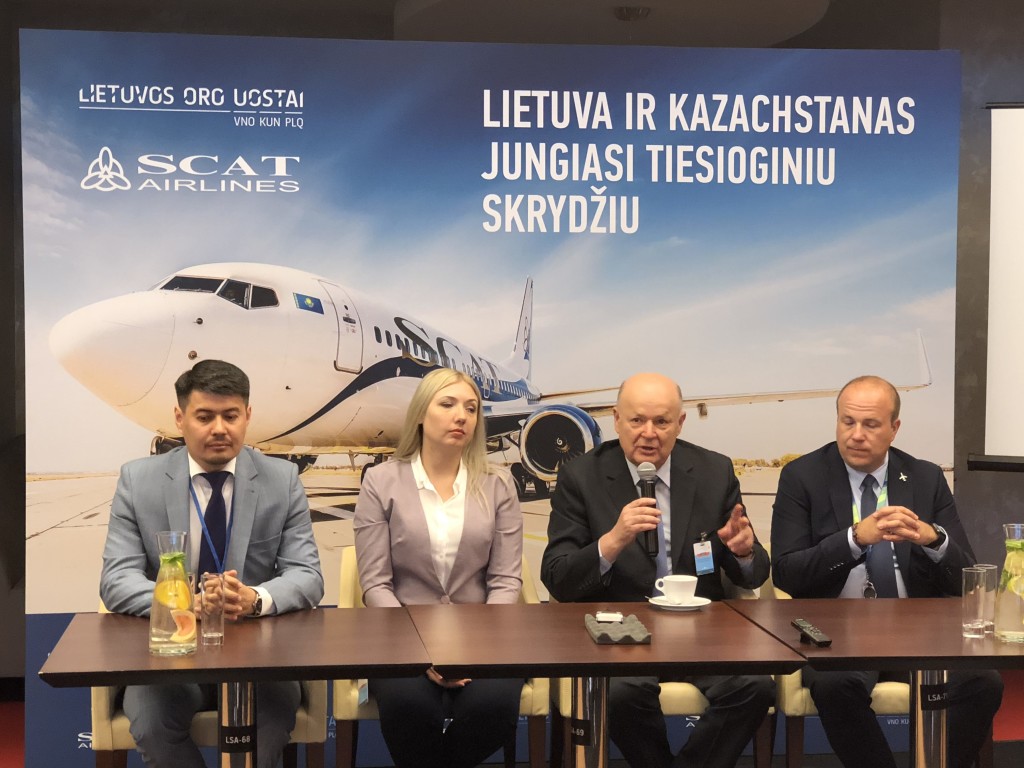 “For instance, you can get to Paris, Barcelona, Milan and many other capitals and cities in Europe,” said the ambassador.

“There is a flexible system of tariffs. There are minimal tariffs and higher. The minimal fare for an economy return ticket will be approximately 200 euros (US$233). Special offers are also frequent,” said Starozhilova. 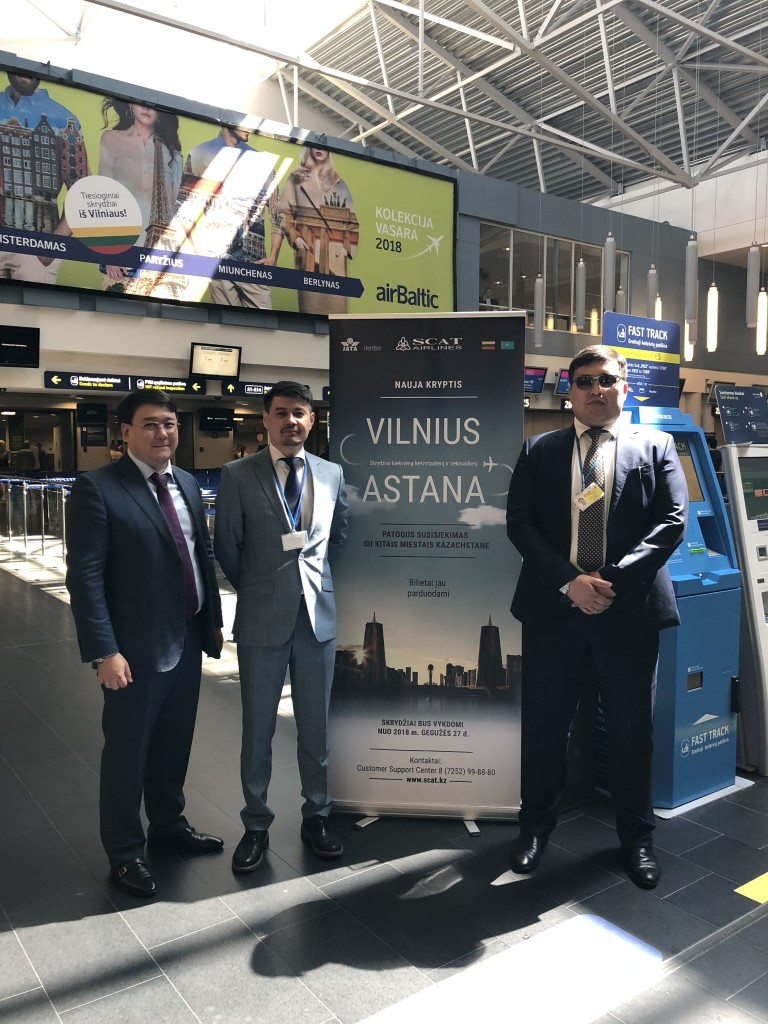 The new routes are part of the company’s fleet and route network expansion plan. Last year, the company announced it ordered six Boeing 737 MAX 8 aircrafts at the Dubai Air Show and in March Boeing delivered the first of six such aircraft to SCAT.

The airline plans to launch 14 more new routes, including to Milan, Vienna and Prague.

Another milestone for SCAT came in March as well, when it joined the International Air Transport Association (IATA) and passed the IATA Operational Safety Audit programme (IOSA).

Two years ago, the company passed an audit that examined more than 1,000 elements of its operational activity.

As of today, only two Kazakh airlines – SCAT and Air Astana – hold the IOSA certificate enabling them to fly to Europe.