“Religious Leaders for A Safe World”: Kazakh minister, ambassador, others speak at U.N.

By George Baumgarten, United Nations Correspondent in International on 3 May 2018

NEW YORK – Kazakh Vice Minister of Religious Affairs and Civil Society Berik Aryn was a principal speaker at a recent meeting on religious leadership at the United Nations in New York. He was joined by Kazakh UN Ambassador Kairat Umarov, who chaired the meeting. The special meeting had been called and jointly-sponsored by the U.N.’s Alliance of Civilisations and by the mission of Kazakhstan, in hopes of leaders of all faiths exerting influence to make this a safer and more peaceful world. 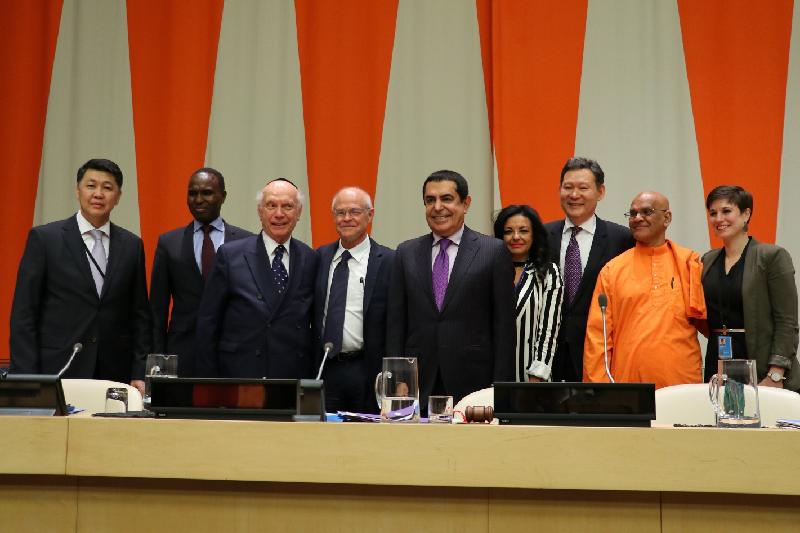 Speaking first, Qatar’s Nassir Abdulaziz Al-Nasser welcomed the delegates. An experienced diplomat with a distinguished career, Al-Nasser has served as both his country’s Permanent Representative to the United Nations, and as President of the 66th Session of the U.N. General Assembly (2011-12). In 2013, he was appointed High Representative for the United Nations Alliance of Civilisations.

Al-Nasser noted that he was present at a UNESCO-sponsored conference, at which the International Decade of the Rapprochement of Culture was first launched at Kazakhstan’s initiative. This decade is still currently in progress and will last from 2013 to 2022.

He also cited the emphasis on the “conciliatory role of religious leaders in promoting peace.” Al-Nasser had himself participated in some of the earliest conferences on this subject. And last July, he brought together religious leaders for a panel on The Role of Religious leaders in Peace Building in the Middle East.. All this helped lead to the alliance’s ultimate objective, “to provide a platform allowing religious leaders from different faiths to work together toward a safer world.”

Al-Nasser stressed that rather than be a source of hatred, “Religion can be the source of nonviolent transformation, protection of human rights, integrity in government, and reconciliation and stability in divided societies.” And religious leaders within those societies “offer the opportunity to reflect on forgiveness and reconciliation.”

As cosponsor of the special meeting, Kazakhstan sent its vice minister for religious affairs and civil society. A noted career diplomat who has represented Kazakhstan in the North African countries of Egypt, Tunisia, Algeria and Morocco, Aryn has a background in languages and law. He spoke to the meeting on what he saw as “radical changes” in global affairs. The interdependence of “global, national, religious and secular components” is of increasing importance.

Aryn noted that under the guise of “searching for God,” terrorist acts have been committed, which underline the moral values of society. Kazakhstan is still committed to the fundamental concept of unity in diversity. It has also led the way, in holding congresses to promote religious, ethnic and cultural understanding. Such conferences have become a hallmark of contemporary Kazakhstan, and the state supports the noble values inherent in all religions. 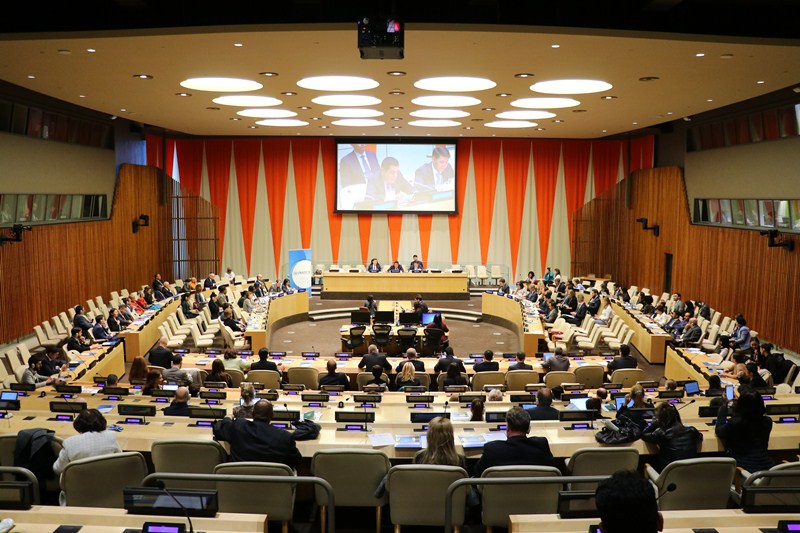 Rabbi Arthur Schneier is a Modern Orthodox Jewish rabbi very much involved with international affairs and with the United Nations. Born in Hungary and a survivor of the Holocaust, he serves as Senior Rabbi of Park East Synagogue in New York City, and was the founder of the Appeal of Conscience Foundation, which promotes interreligious understanding. He was introduced in glowing terms by Nihal Saad of the Alliance of Civilisations, who chaired the meeting of religious leaders, and noted his long involvement with the U.N. and its work. He thanked Kazakhstan as sponsors and noted that he had visited the country at the invitation of President Nursultan Nazarbayev. And he lauded Kazakhstan as the host of the upcoming sixth Congress of Leaders of World and Traditional Religions.

As a leader long-experienced in religious dialogue, Rabbi Schneier noted that such leaders need partners – from the political, business and financial communities. But he decried the use of the word “tolerance.” Religious minorities do not wish to be merely “tolerated” by those of the majority. Religious groups always work together in times of disaster or calamity, but disadvantaged minorities are still persecuted in many lands and communities. He noted the sponsorship by his foundation of the UN General Assembly Resolution on the Protection of Religious Sites, passed in 2001.

Rabbi Schneier spoke of the attacks still made on places of religious worship. Therefore, humanity must stay alert to the dangers of such actions. He paraphrased the quotation from the German writer Heinrich Heine, inscribed on Washington’s United States Holocaust Memorial Museum: “When books are burned… it is only a matter of time until people will be burned.”Heinrich Heine died in 1856, over three-quarters of a century before the rise of Nazi Germany. And in the new, fast-growing digital world, Rabbi Schneier said, we must confront those who are “masters” of the internet.