ASTANA – The new sports and entertainment reality show Qazaqstan FIGHTER on the Qazaqstan television channel will give Kazakh mixed martial arts (MMA) fighters a chance to show their skills to a national audience. 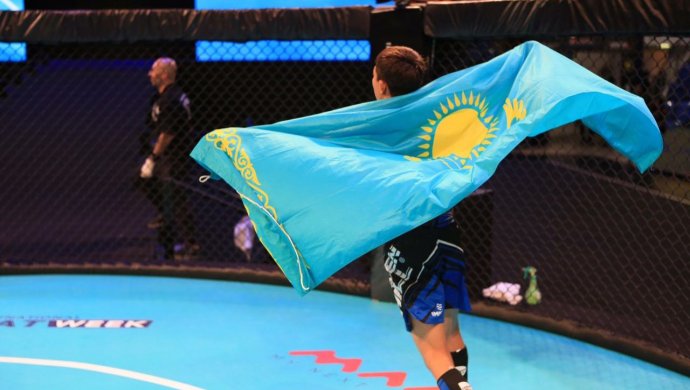 “FIGHTER is a new unique sports and entertainment reality show that aims to ensure that every young athlete has a chance to show their skills on the air of our TV channels. We have a lot of talented guys in the regions who want to reach great success in sports. Thanks to the victories of Kazakh athletes, people all over the world get to know about our country. We are always ready to support our fighters and this project will open new names. Well known boxer Beibut Shumenov will be involved in this project,” said QAZSPORT TV channel Director Pavel Tsybulin at a press conference devoted to the premiere of the show.

The TV channel plans to launch the show in the fall on the QAZSPORT and Qazaqstan TV channels.

Young fighters will compete for the title of the best MMA fighter in Kazakhstan in the project.

The show’s producers say they hope the show will help develop a competitive spirit and sporting lifestyle among Kazakhs, popularise MMA as a trendy professional sport, identify new sports talents and develop patriotism based on the sporting achievements of fellow Kazakhs.

MMA is a full-contact combat sport gaining popularity over the world. It allows fighters to strike and grapple while standing and on the ground, using techniques from combat sports and martial arts.

Originally, MMA pitted fighters from different fighting styles against each other with relatively few rules. But later, individual fighters incorporated multiple martial arts into their style. MMA organisers adopted additional rules to increase competitors’ safety, to comply with sports regulations and to broaden mainstream acceptance of the sport.