By Raushan Shamsharkhan in International on 28 May 2018

ASTANA – The capital marked Africa Day at QSI International School of Astana May 25 as part of the eighth annual International Day. 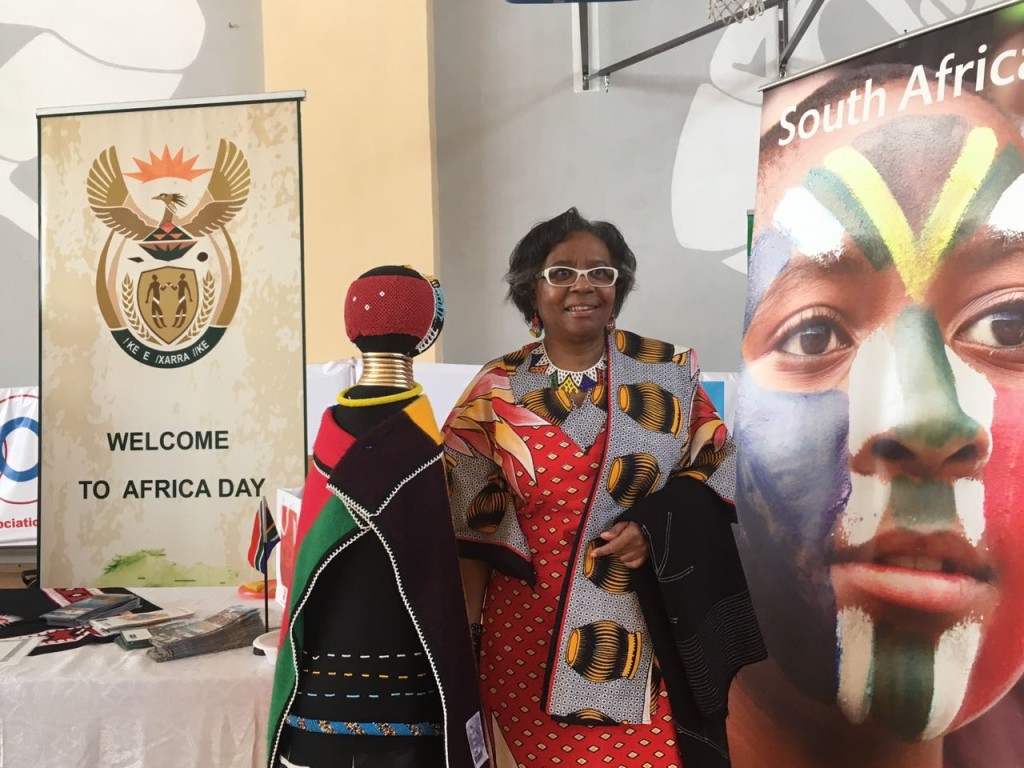 “This is an amazing event where each community that is involved in the school, whether a parent, teacher or students, have an opportunity of displaying the pride of their country through quizzes, through food, through games. It is one of the most amazing events in the school year. I think this kind of affair will continue evolving. Many years ago there were approximately 20 nationalities in the school; now we have just below 40. We see more and more ambassadors involved, which is a case to promote a country. I am happy to promote my country, France. It is an opportunity to meet friends, meet a family and also meet clients. I hope this event will continue growing,” said Astana Mariott Hotel General Manager Philippe Mahuas.

QSI Dutch teacher Patrick Peters has the school has many nationalities and the event is a way for every country to excel and promote its good happenings in a happy and safe environment.

“You see that if all nations can join together, we can have a fantastic thing like this,” he said.

Representatives of different countries, embassies and cultures attended the event. The day began with an international flag parade, continuing with culture table demonstrations, tours and a concert. Each state had its own corner where art and crafts, national cuisine, books, posters, slideshows, music, traditional clothes and other aspects of culture, including African nations, were presented. The main speakers were the African ambassadors in Kazakhstan.

“I think it is very important and a great education for Kazakh children who are at the school to learn about all the different cultures and different traditions of other people, not only about themselves. We live in a globalised world; no nation on Earth can survive without mixing with other people because there are things that you have that you can offer the world and there are things that the world can offer to you. So, it is a multi-polar world where everybody is relevant because everyone has been gifted with something special that they can offer elsewhere. I think that it is a very important message to convey, especially to children,” said Keitumetsi Seipelo Thandeka Matthews, South African Ambassador to Kazakhstan, as well as to Kyrgyzstan, Tajikistan and Turkmenistan. 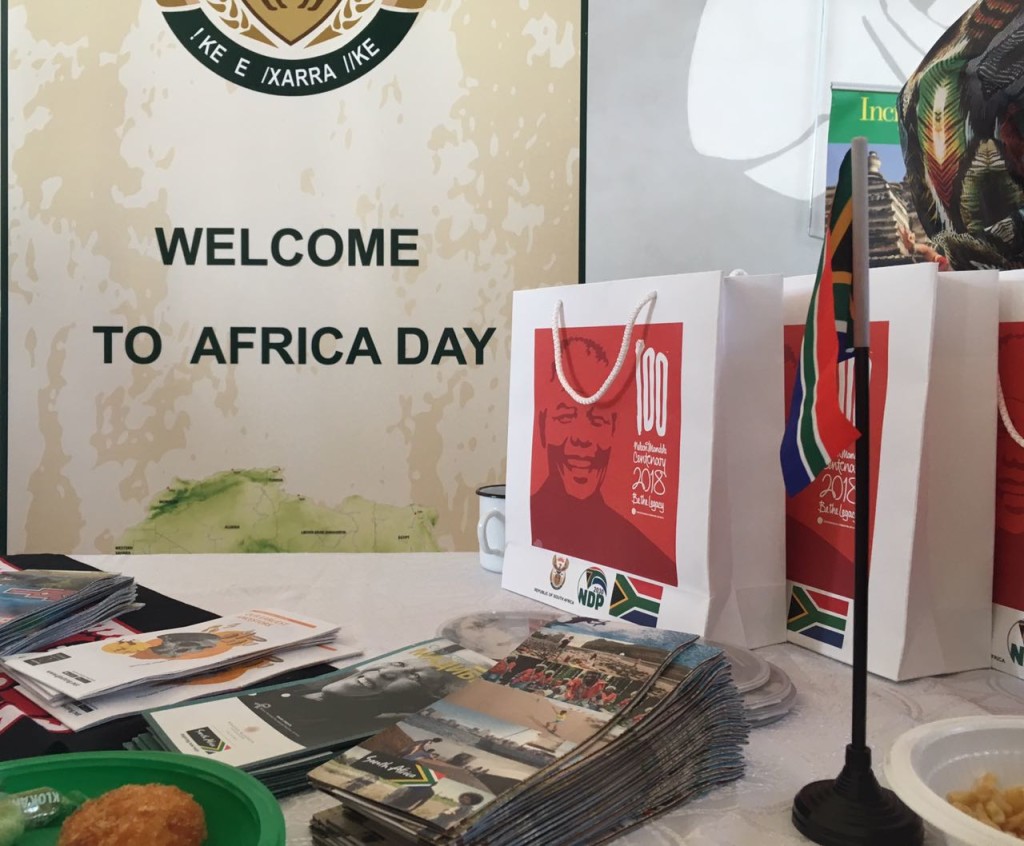 This year, International Day coincided with Africa Day. In 1963, African leaders gathered in Addis Ababa to create an organisation that would later become home to all Africans and on May 25, their discussions led to the birth of the African Unity Organisation, now called the African Union. The organisation was initially created to promote and support African liberation struggles against colonialism, said Matthews, as very few countries were independent. The name change came after the liberation of the last state, South Africa, as the task had been completed.

The purpose of the union is to promote African development, ensure economic and infrastructure development and improve the quality of people’s lives. Matthews believes this is its mandate for the continent’s 54 member countries and all the heads of state meet regularly.

Africans celebrate this day every year with hope and faith that the continent will continue to build its destiny, rid itself of poverty, diseases and military conflicts, escape the severe economic situation it is now experiencing and oppose all difficulties more strongly than in the past. Commentators agree the next substantial economic revival and boom will occur in Africa and citizens are preparing for the awakening of the sleeping giant.

Kazakhstan and South Africa have excellent relations, noted Matthews. She added both countries are focused on expanding cultural exchange among youth, economic ties and issues of peace and reconciliation.

“I think the beauty of the relationship between Kazakhstan and South Africa is the many things they have in common. We have very, very similar traditions. We have a very similar outlook on life, very hospitable, open and kind people. For us, respecting the elders is very important like for the Kazakhs. I think these grounded similarities ease the relationship between the  countries,” she said.

“This is a very big platform that President Nazarbayev has been promoting. Prevention of conflict, how to mediate dispute, how to put people who have previously fought on the path of development, growth and infrastructure. I think the future in terms of South Africa and Kazakhstan is to help to build and maintain peace so that the world can be more stable and have more sustainable economic development,” she added.

Notably, Kazakhstan seeks to build friendly and mutually beneficial relations with African countries. In the Foreign Policy Concept until 2020, the African direction is defined as one of the priorities.

This year marks the 100th anniversary of Mandela’s birth, one of the most respected world leaders.

“He has been a very seminal person and a significant icon in the development of thinking in the world, especially around forgiveness, reconciliation and respect for humankind. The person we honour today came from virtually nothing. I think it a fundamental lesson to inspire children and to give children hope and determination to succeed. That is the message, that is the legacy Mandela left for all of us,” she said.

The entire world is celebrating the event, such as the United Nations General Assembly special debate about Mandela and his legacy in September. In her speech to school children, Matthews talked about his deeds, principles and passion.

“If you want to be something, you want to make an impression to the world; it is up to you. You can do it,” she said.