By Dana Omirgazy in International on 24 May 2018

ASTANA – Relations between Kazakhstan and India have a long history. At the beginning of the first millennium, the Sakas went from Central Asia to India and Buddhism from India was introduced in Kazakhstan. The Great Silk and Spice Routes united India and Kazakhstan in the Middle Ages. There was a constant exchange of goods, ideas and thoughts between the countries. The year 2017 marked the 25th anniversary of diplomatic relations between India and Kazakhstan. Since 1991, when Kazakhstan gained independence, both countries have strengthened their relations, Ambassador of India to Kazakhstan Prabhat Kumar told The Astana Times. 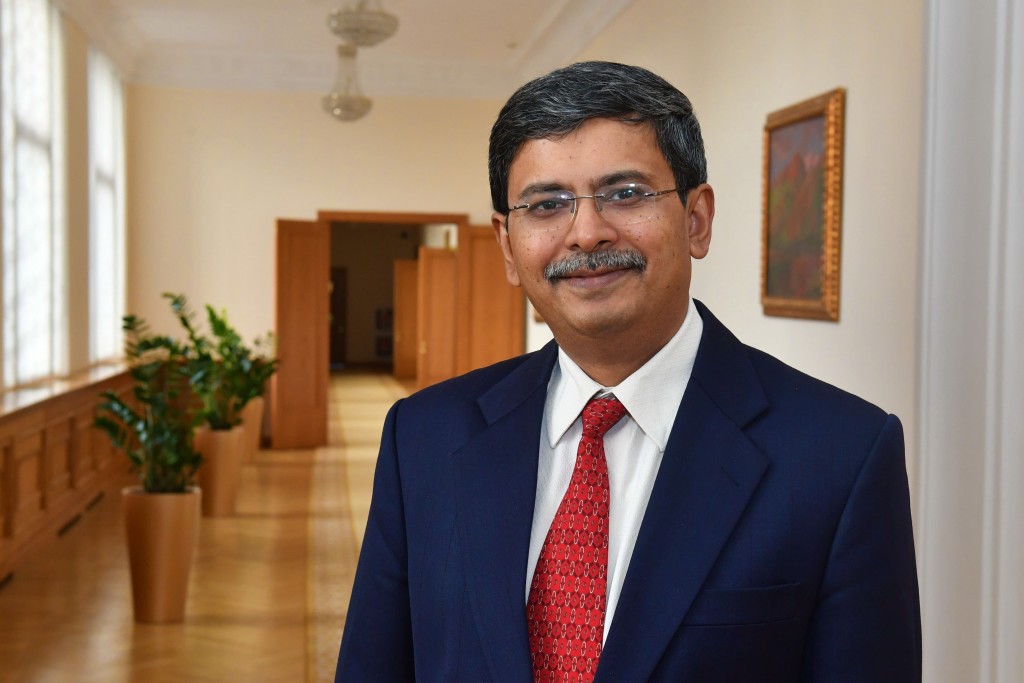 Both countries are partners in areas such as healthcare, education, space, IT technology and energy. In the course of his tenure, Kumar intends to strengthen the existing relationship, including through better economic partnership.

“We feel that there are a lot of opportunities, especially in the area of energy, where Kazakhstan is strong. We would like to increase our cooperation in this area and invest more in the oil and gas sector,” he noted.

India is also well positioned in renewable energy, especially in wind and solar, and Modi initiated establishing the International Solar Alliance (ISA) composed of more than 121 countries. The primary objective of the alliance is to work towards efficiently exploiting solar energy to reduce dependence on fossil fuels, which will also help countries meet the climate change goals.

“We would like to invite Kazakhstan to become member of that alliance. India also can help in promoting renewable energy here by bringing our expertise in solar and wind. Therefore, energy is a good field to work on,” said Kumar.

“Now, there is a good flight connection. Air Astana has direct flights to Delhi from both Astana and Almaty. However, land connectivity is challenging. Kazakhstan is connected to Turkmenistan and from Turkmenistan to Bandar Abbas in Iran. This port and the port in Chabahar, Iran can be used to bring goods from India to Kazakhstan and from Kazakhstan to India. This is the area which I would like to work on,” he added.

Direct flights have had a positive effect on tourism. Approximately 20,000 people came from India to Kazakhstan last year and approximately 15,000 Kazakhs visited India. The figure is increasing every year and the embassy has simplified the procedure for issuing visas.

“We have introduced an electronic visa. This means that a person applies for a visa online and in two days, it will come back. It is cheaper. It costs $50 and it is valid for two months,” he said.

Medical tourism is one of the fastest growing segments of Indian tourism, as the country annually attracts a number of individuals for medical treatment. India’s Ayurveda therapy is known worldwide for is holistic healing methods to promote good health. Approximately 200 Kazaks went to India for medical treatment last year.

Culture is another area of cooperation for both countries. The Indian Cultural Centre in the capital has been engaged in various activities for many years, offering yoga and musical instrument and Kathak Indian classical dance lessons. Every year, the centre celebrates the June 21 International Day of Yoga, which is attended by a large number of local yoga lovers.