ASTANA – The Immortal Regiment of Astana Peace March, the Victory Day procession commemorating the memory of Soviet soldiers, took place May 9, according to the city akimat (administration) press service. 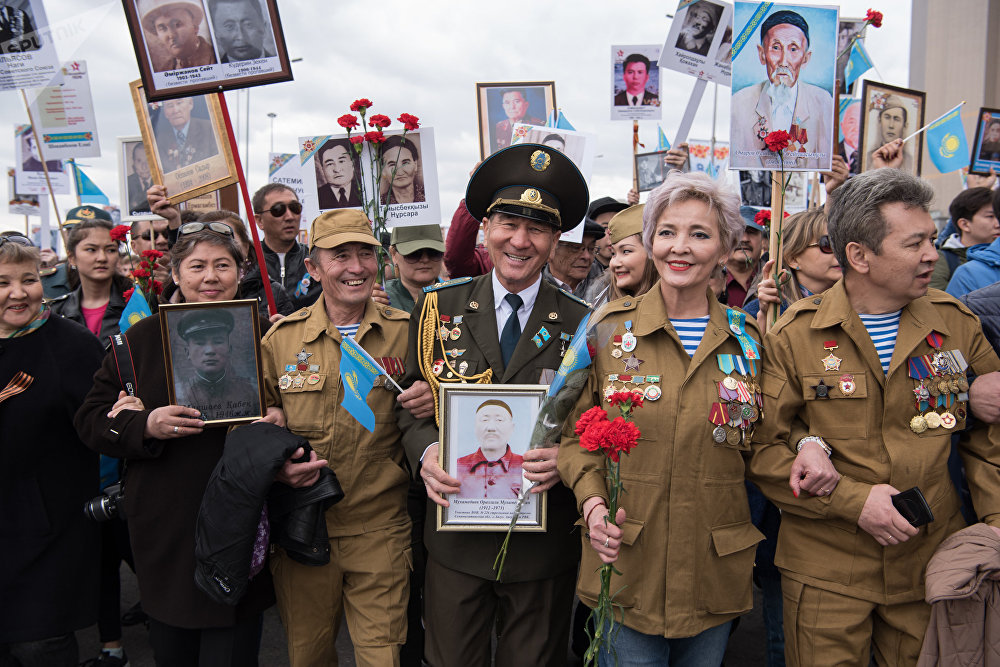 The annual event preserves the personal memories for descendants of Great Patriotic War participants, as well as promotes patriotism among the younger generation.

“More than 1,500 descendants of veterans organised the Path to Victory march for the first time in 2015 by holding portraits of their grandfathers and great-grandparents. The main objective of that project was to preserve the memory of war veterans in every family. The Immortal Regiment campaign was held for the first time in 2016. Then, the number of event participants in Astana exceeded 7,000. Last year, 20,000 people took part in the march. This year, the event gathered approximately 35,000 participants,” according to the report. 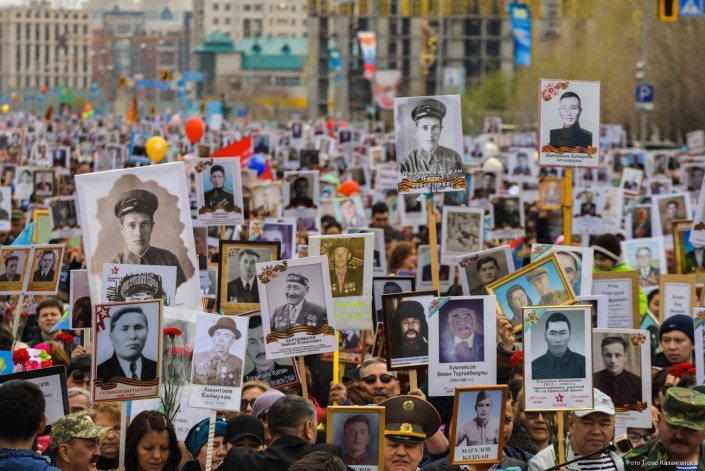 The gathering began at 12:30 p.m. from Kazakh Yeli monument, with the route stretching to Otan Korgaushylar (Fatherland Defenders) monument along the Tauelsizdik Avenue.

The idea of the march originated in Tomsk in 2011. A year later, history faculty and student Aida Baimakova and former Astana and Akmola regional trade union chairperson Anna Shevchuk consulted the campaign organiser and in 2014 created the Immortal Regiment council in the capital. The procession has subsequently emerged into an international march uniting more than 80 countries.

Following the annual flower laying ceremony at Otan Korgaushylar, the celebration continued with a tent camp in Studencheskiy Park. Eleven army bivouacs were installed to treat veterans to festive dishes and famous Kazakh artists performed wartime songs in the park and city square. 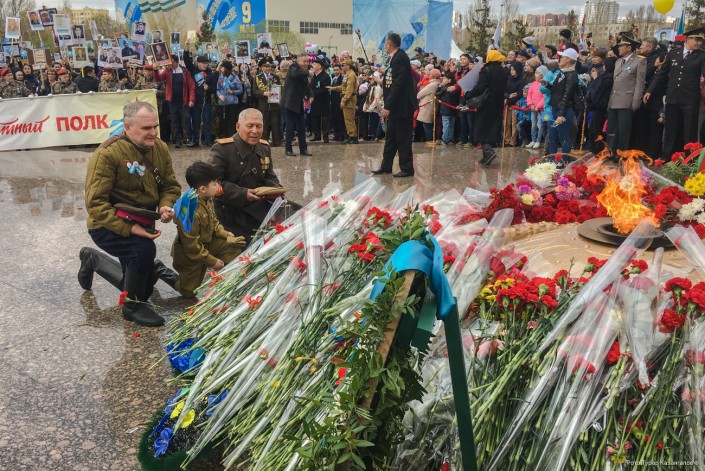 At present, 2,067 Great Patriotic War veterans and participants live in Kazakhstan, according to the Ministry of Labour and Social Protection of the Population.

Approximately 1.4 million people from Kazakhstan were drafted into the Red Army to fight the Nazis in 1941-45, every fourth adult in the republic at that time. A total of 12 infantry and four cavalry divisions, four infantry brigades and about 50 stand-alone regiments were created in Kazakhstan. Approximately 600,000 soldiers from Kazakhstan died in the war.