By Raushan Shamsharkhan in Astana on 24 May 2018

ASTANA – A new high-tech yurt-style restaurant with Kazakh-Italian-American cuisine will open June 1 near the Baiterek Tower. 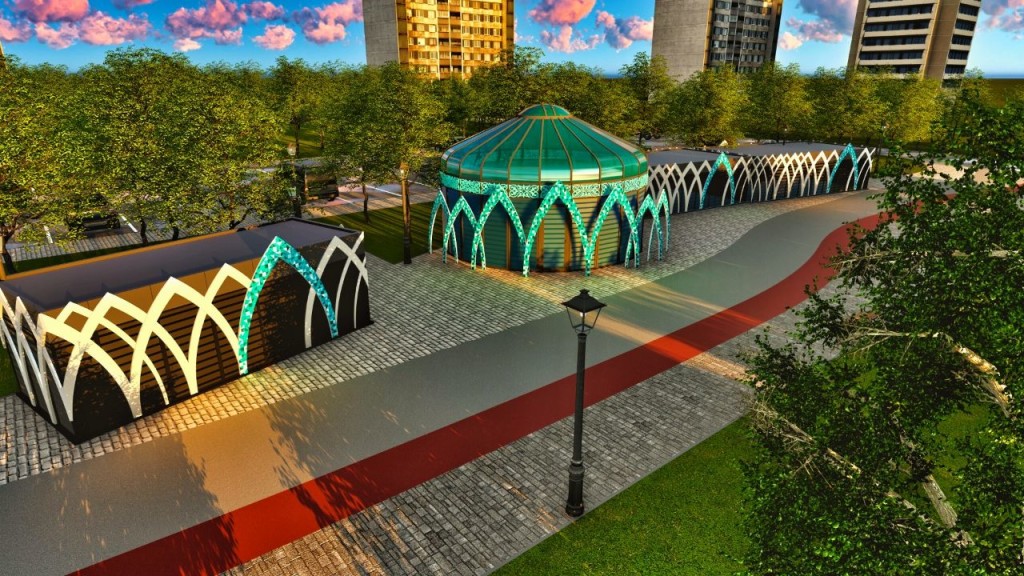 “It will be a project with a national flavour. We want to show how unusual and unique the Kazakh culture as a whole is. A united version of three main cuisines, Italian, American and Kazakh, will be demonstrated in our menu. We decided to make Kazakh cuisine more universal; we integrated it into both Italian and American cuisine, supported by big data and high-tech innovations,” Restaurant Owner and York Food CEO Miras Abdushahmanov told The Astana Times.

It is a restaurant designed in the style of Kazakh nomadic houses with a high-tech interior and integrated cuisine. Abdushahmanov was inspired by the EXPO 2017 theme, a love of Kazakh food and a desire to experiment.

The outward appearance honors the traditional yurt style but inside customers will find a high-tech theme in addition to more traditional Kazakh elements. For example, wireless chargers will be incorporated into the dining tables. 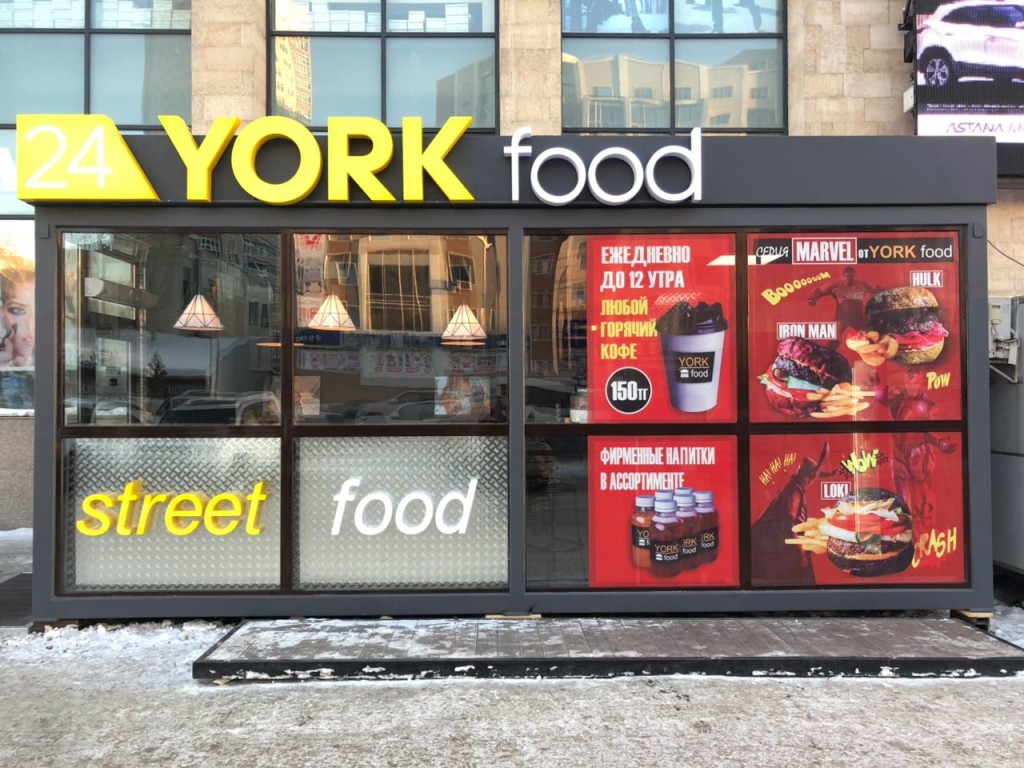 “You can just pop your smartphone in the desk while eating, it will be charging, no need to go somewhere and plug anything,” said Abdushahmanov.

That is not the sole project of the entrepreneur, however. At age 22, the young Kazakh man has already established two pioneering street food corners in Astana. He became an entrepreneur at such an early age because he’s hungry for change and determined to revolutionise the way Kazakh restaurants are perceived. With his infectious passion for food, he started working in catering at the age of 12.

“First, I washed the dishes in the hotel with my aunt in Karaganda. And then, when I moved to Astana with the whole family, I worked in different cafes and restaurants. Subsequently, working in different environments, I realised what the drawbacks and advantages were,” said Abdushahmanov. 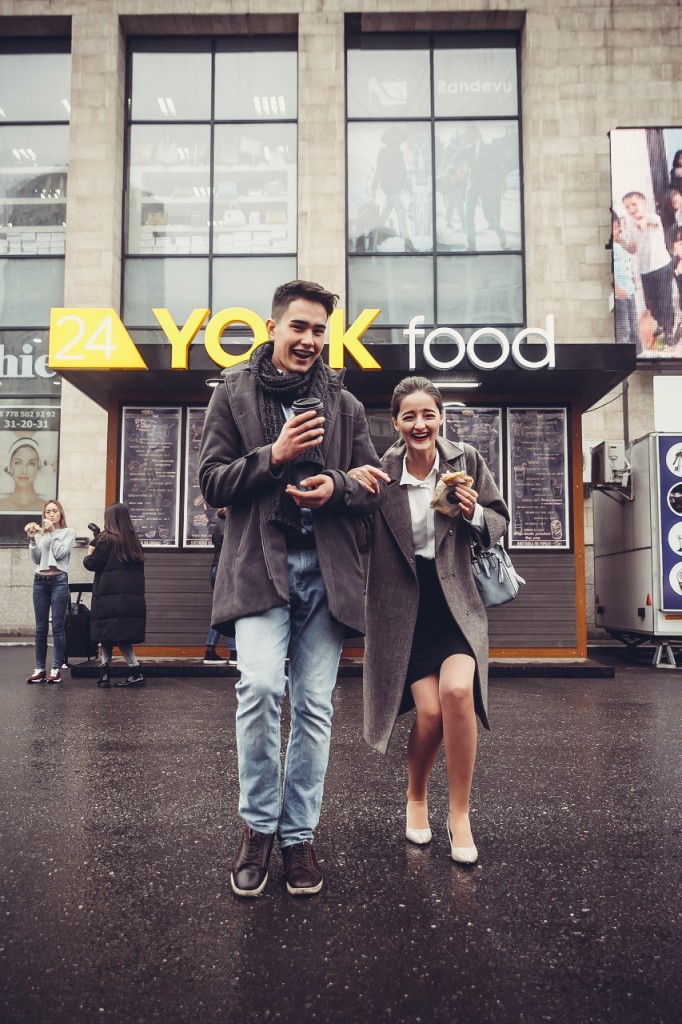 He started to delve into the food industry by attending workshops, tutorials and exploring different cities in Kazakhstan. Born in Karaganda, he heard positive stories about the best service in the south of Kazakhstan. He travelled to Shymkent and Kyzylorda, where he learned to treat every guest as his best friend. He upgraded his knowledge in Moscow with the help of Rosproject, a factory for training food specialists in post-Soviet states. When he returned to his homeland, he looked for a professional coach and found one in Astana. He worked and learned from the choicest restaurants and chefs, namely El Gaucho sous chef, Gulnara Temirzhanova who agreed to mentor him, which helped ease his way forward as a first-time entrepreneur. Along the way he learned to create his own recipes and developed a line of made-to-order burgers. At some point, he realised that burgers with kazy (horsemeat) were a food sensation Astana residents and tourists would embrace.

“At the very beginning, we opened a small project with an area of 12 square meters. With cash raised through my own savings and borrowed from family and friends to set up my own business. I then opened my first store in October 2017.  It worked so well that we have warmed the tummies of many satisfied consumers in the coldest days of Astana,” recalled Abdushahmanov.

Indeed, it used to happen that in October, a line would develop along the street outside waiting for their burgers. That response gave them the impetus to expand the project. They make their own home-made buns and are starting a permanent workshop in the Chubary area. Their cooks will learn and experiment with baking new buns, preparing new types of sausages. He wholeheartedly believes that Kazakh cuisine is rich primarily in meat delicacies, sweets and snacks and that should be further promoted, developed and rebranded.

Determined to maintain their eco-friendly attitude, his company selects locally-sourced items and only uses seasonal market sourced ingredients for their burgers with an emphasis on meat quality. “Our main feature is that we use whole meat while most establishments use diluted meat to make the product cheaper,” he said.

At York Food, every guest can assemble their favourite burger or pizza and have it delivered.

The company uses big data to know the preferences of the client and recommend goods based on the preferences and history of search as Amazon operates. And Abdushahmanov is already dreaming of bigger things. In just one year since the first restaurant opened, he’s launched a second restaurant and plans to franchise his chain in Atyrau.

“We will launch a yurt and finalise the current York Food establishments in the neighbourhoods. Now we are actively working with Respublika Plaza and we plan to open by the end of the year. Four to five projects will also launch in Almaty. In Atyrau, there is an increasing interest in opening our franchise,” said the entrepreneur.

Even though the street food in Kazakhstan is a very recent thing, with these types of projects and a recent upsurge in youth population, the Kazakh street food is leapfrogging and gaining a foothold in Astana.

With a growing business, Abdushahmanov is one of Astana’s innovative young food entrepreneurs.