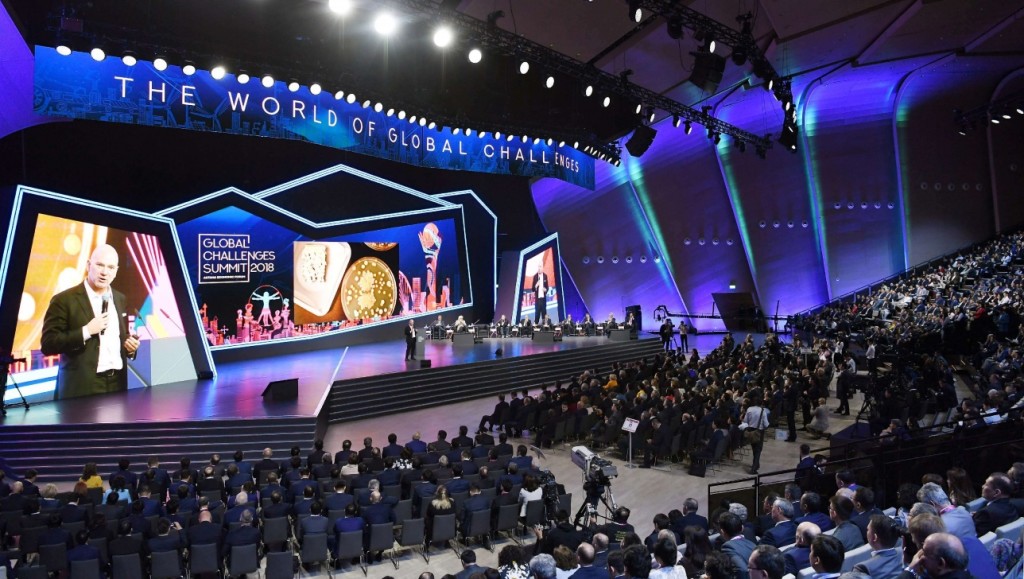 Opening the event, Kazakh President Nursultan Nazarbayev said the annual forum has evolved into a “good tradition” and a platform to “discuss acute issues in economy, investment and innovation.” He indicated five global trends and reiterated the need to establish G-Global platform under the aegis of the UN.

The five global trends include digitisation of all aspects of human activity, energy revolution, rapid global population growth, change in the pace and nature of urbanisation, and transformation of the global labour market.

“Since last year’s forum, we witnessed huge transformations worldwide. New confrontations have emerged, and it has become more difficult for states to find agreement. Distrust and unwillingness to understand the principles of an opponent are growing. This is a very difficult time for the world,” said Nazarbayev, addressing the forum’s opening plenary session.

Speaking about digitisation, the Kazakh leader noted a new economic model entails the digitisation not only of business, but people’s lives. 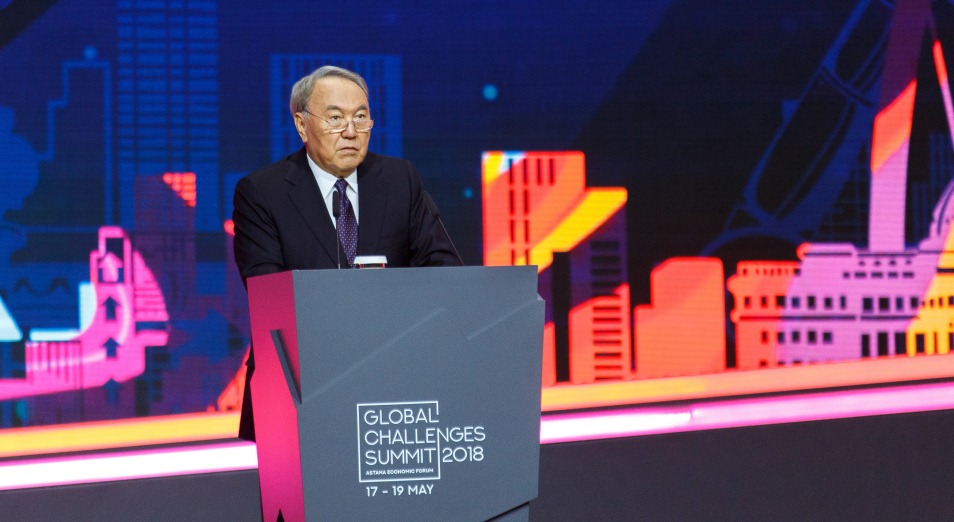 Digitisation, however, can also facilitate cyber crime, he said, which last year became the “most serious threat to businesses.”

The transition to clean energy is another global trend, according to Nazarbayev, with energy generated by renewable energy sources growing 13 times in 30 years.

“Despite continuing demand for natural resources, their presence ceased to be an advantage. All big players in traditional energy markets turned to investments in green energy. Kazakhstan is not standing still. The share of alternative energy in our energy balance will reach 30 percent by 2030,” said Nazarbayev.

Increasing global population and longer life expectancy achieved with science and technology progress bring other challenges, including increasing demand for food. The current global population is estimated at 7.6 billion people and forecast to grow to 10 billion by 2050, according to the UN.

Another global trend encompasses the transformation of the labour market, where experts expect robots to replace 80 percent of labour.

“Highly qualified workers became more important for companies than cheap labour. This is a challenge for national economies and social systems,” he said.

Education is a key to this end and Kazakhstan’s Bolashak programme launched in 1993 and meant to educate young talents abroad as well as the establishment of universities such as Nazarbayev University, Kazakh British Technical University, international IT University, foster the nation’s efforts producing high-quality labour.

With these global trends becoming increasingly evident, additional vehicles to address global challenges beyond current international platforms, such as G20 and G7, have become necessary. 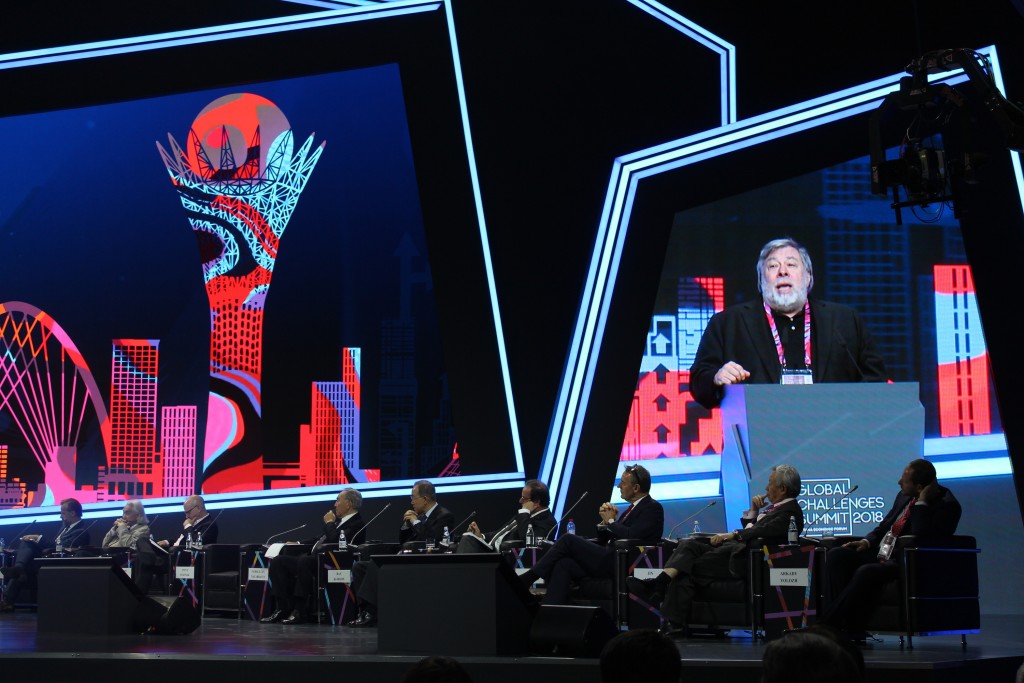 Former UN Secretary General and current chair of the Boao Forum for Asia (BFA) Ban Ki-moon stressed the need to address sustainable development and expressed concern over the recent withdrawal of the U.S. from the Paris climate agreement.

Though the climate convention is not fully ready and needs to be strengthened, according to the Korean diplomat, achieving agreement among 197 members of the organisation allowed “at least forming minimal boundaries to fight rising temperatures.”

“I sincerely hope that the U.S. will as soon as possible join this global agreement again and at the same time I am thrilled by the great support of other people, civil society. They are doing great job. We cooperate closely with governments, civil society and NGOs. And only by this means could we ensure the change in the situation,” he said.

In an effort to preserve peace for future generations, more countries worldwide seek to switch to a green economy, he noted, and the cost of energy solutions is becoming competitive to traditional, yet non-ecological energy sources.

“Kazakhstan is one of the leading countries in this area,” said Ban Ki-Moon. “I would like to note Kazakhstan’s achievements that 50 percent of all energy will be generated by alternative sources by 2050.”

He expressed confidence the International Green Technologies Centre presented by Kazakh Prime Minister Bakytzhan Sagintayev later the same day will be “good instrument allowing Kazakhstan to lead these obligations around the world.”

Francois Hollande also asserted U.S. President Donald Trump’s decision to withdraw from the climate agreement is a matter of concern.

Noting positive decisions made worldwide, Hollande also emphasised some decisions “raise concerns that can pose a threat to our process of transformation.”

“On the other side, there are other trends, limited exchange, increasing protectionism, questioning of international agreements and multilateralism. All these processes can negatively affect economic process and now the situation is sad in terms of conflicts in the Middle East and Africa that spur migration, terrorism, which urges us to take security measures,” said Hollande.

The financial crisis in 2008 and its consequences should be kept in mind, he added.

“Perhaps, the situation was not solved properly, including the fall of prices for natural resources like oil. Economic crisis affected all regions around the world leading to the creation of more rigid rules in trade and finance and consequences are sad,” he noted, highlighting objectives, including a focus on stability, security and a strategy for the future.

Concluding his remarks, Hollande supported the idea of G-Global at the level of the UN, which “needs to create own mechanisms and instruments allowing to achieve these objectives.”