ASTANA – The family of Yerzhan Tatishev, the chair of BTA Bank killed in 2004 by Muratkhan Tokmadi, published a statement in Forbes.kz April 5 thanking all those involved in the case for finally bringing it to justice. 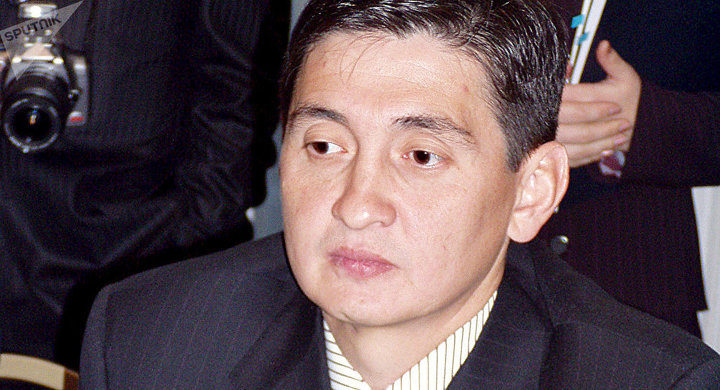 “Yerzhan lives in our hearts. Today, when the verdict entered into force and the criminals pleaded guilty, we want to say thank you to the people who, like us, believed in justice and supported us in this struggle. This struggle lasted for 14 years and justice triumphed over time.

“It was hard for us. It was hard and painful when monstrous crimes were hidden behind power and money and behind politics. But there were always people who, like us, believed in the power of law and fought for the truth. And the legal punishment that occurred was in the framework of an honest investigation and an open, fair trial.

“No one can escape punishment for their evil deeds. Today, after many years, we know and believe that all persons involved in the crimes against Yerzhan will be punished – without exception. This faith will not bring our son, brother, husband and father back to us, but a sense of justice gives us strength to live with the pain of loss.

“We want to appeal to all people who are looking for justice today. Do not stop. Fight until the end. Fight for justice even when no one believes in it.

This is the only thing worth fighting for,” reads the statement.

Tatishev, who headed one of Kazakhstan’s largest banks, was murdered by Tokmadi, a former business executive, during a winter hunt.  Tokmadi was sentenced in 2007 to one year in prison for manslaughter by negligence.

The case was reopened in October 2017, however, after he confessed in a KTK TV documentary to deliberately shooting Tatishev.

In his later testimony to the Zhambyl region specialised inter-district criminal court, Tokmadi stated he killed Tatishev on orders from Mukhtar Ablyazov, who within a few months of Tatishev’s death became BTA Bank chair.

The month-long trial involved more than 50 witnesses, including forensics and firearms experts from the United States. The court sentenced Tokmadi March 16 to 10 1/2 years in a maximum-security prison.

Ablyazov was convicted in absentia in Kazakhstan and sentenced to 20 years in prison for embezzling $7.5 billion from BTA Bank and 22 months in the United Kingdom for contempt of court. He is also wanted in Russia and Ukraine.