By By Aigerim Seisembayeva in International on 25 April 2018

ASTANA – What do Kazakhstan and Romania have in common? Which areas are best for cooperation for the two states? Tamara-Dorina Ciofu, member of the Chamber of Deputies of the Romanian Parliament, answered some questions for The Astana Times on the current state and prospects of Kazakh-Romanian relations following her recent visit to Kazakhstan. 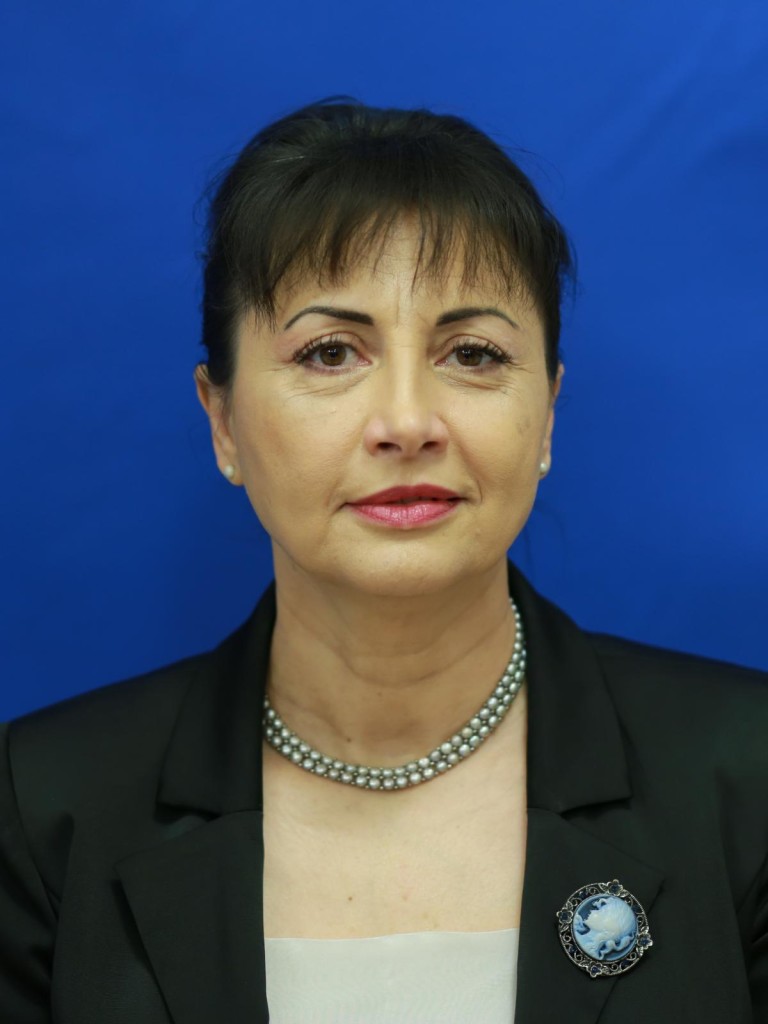 Please tell us your thoughts about Kazakh-Romanian relations: what has been achieved, what plans are there for the future and what still needs to be done?

Having stayed in Kazakhstan for a few days, I found that Romania has a very good image and perception here and there is a real interest in developing multiple partnerships. I would like to reiterate Romania’s support for the development of relations between our countries because we consider Kazakhstan the most important state in the region. Kazakhstan has become a respected member of the international community, a model for Central Asia. The history of relations between Romania and Kazakhstan, which started in 1992, is not only relevant from a political, diplomatic or economic point of view, but also from the perspective of human interaction, links between our people and our interest in better knowing each other’s culture and traditions and understanding our contemporary societies.

We believe education and people-to-people contacts are key elements that can ensure mutual understanding and bring support for values that our countries share, building bridges in areas that are sometimes affected by geographical distance. We reaffirm Romania’s interest to develop overall bilateral relations with Kazakhstan. In this respect, we noticed the increasing interest shown by our institutions and experts to cooperate in various fields like education, science, medicine and culture. In this regard, I would like to mention the establishment of the first lectureship of Romanian language, culture and civilisation in Central Asia in Karagandy on Jan. 24, 2014.

We are preparing to organise, in October 2018, the 14th session of the Joint Intergovernmental Commission, which will be hosted this year by Kazakhstan. This year, for the first time, beyond the usual format of this event, we will also organise a business forum. The Romanian delegation will also visit Almaty, where economic meetings will be held to identify new partnership opportunities.

A major priority is the development of bilateral relations. In this sense, we believe that together we will need to do more for knowing and promoting the common cultural values and I appreciate, in this context, the role of parliaments and the importance of developing parliamentary diplomacy. And here, I would like to mention the efforts made in the cultural sphere by the Embassy of Kazakhstan in Romania.

At the same time, as we discussed with Ambassador Cezar Armeanu of Romania in Kazakhstan, we consider that Kazakh Foreign Minister Kairat Abdrakhmanov’s visit to Bucharest, as well as Deputy Minister Roman Vassilenko’s visit, will constitute the major elements of the positive resizing of our relations on multiple plans. Beyond the clear political implications, high-level visits have merits on a technical level because they encourage our institutions to meet more often to find practical ways to implement the political decisions.

A new EU strategy for Central Asia is being elaborated now. What do you think its main purpose, messages and essential provisions should be?

The new EU Strategy for Central Asia will define the main priorities for further cooperation, and will be adopted by mid-2019, when Romania will hold the Presidency of the Council of the European Union

We believe that three major directions would be of interest in the forthcoming strategy: education, rule of law and environmental protection, plus programmes on the promotion and development of new technologies.

Also, cooperation may be strengthened in energy efficiency, education, human rights, strengthening civil society and increasing its role, the rule of law and gender equality, environmental protection, rational use of water resources and climate change, digitisation, developing the region’s transit and transport potential, modernisation and development of logistics and transport, and also the development of the ‘digital economy.’

I appreciate that the significant potential for cooperation, the growth of the region’s market and the geographical location of Central Asia as ‘the main gateway between Europe and Asia’ are among the reasons that explain the region’s importance to the EU.

The strategy needs to be more flexible in terms of how to implement its objectives, while it is more focused and result-oriented, taking into account the growing needs of young people and providing economic opportunities in a region without a diversified economy.

As you know, Kazakhstan is striving to become a link between Europe and Asia through its Nurly Zhol national programme and participation in China’s Belt and Road Initiative. What do you think are the prospects of this endeavour and what is Romania’s role here?

Romania welcomes this initiative and considers it a continuation of the Silk Road idea in the 21st century. The Belt and Road Initiative is one of the important regional initiatives to develop transport. The region must become a global market and develop global trade, but above all, it must achieve global connectivity. Cross-border trade and regional connectivity are also important. Those will facilitate economic exchanges between Europe, Central Asia and China. Romania is interested in all areas involved in this initiative, and welcomes Kazakhstan’s role and involvement in its development.

The Belt and Road Initiative will streamline the introduction of Romanian products in these markets and as a result, we are committed to contributing to the development of the project. China’s initiative to connect Europe and Asia is an important contribution to boosting cooperation and, as a matter of fact, we are already involved in infrastructure and investment programmes in the new road proposed by China.

I believe the global economy needs this project to increase cooperation and joint development, which will bring added value to Asia and Europe.

As an expert in human rights and national minorities, what is your assessment of Kazakhstan’s achievements in the sphere of protecting human rights and establishing a multi-ethnic and multi-religious state?

Kazakhstan is a secular, sovereign and independent state based on the rule of law. I know that due to the way human rights are guaranteed and respected here, including for ethnic and religious minorities, it has become a member of prestigious international organisations. I know that Kazakhstan is a member of the UN [since 1992], the [Organisation for Security and Cooperation in Europe] OSCE since 1992 and also held the 2010 chairmanship-in-office in that organisation, the Organisation of Islamic Cooperation, the Turkic Council and the Shanghai Cooperation Organisation, to name a few. At the same time, the Kazakh state has cooperation relations in various forms and stages institutionalised with NATO [since 1992] and the EU [since 1993]. It was the first Central Asian state to conclude in 2015 an Enhanced Partnership and Cooperation Agreement with the EU. All these achievements indicate the recognition of the fact that Kazakhstan is a national guarantor of fundamental rights, including those of minorities.During my stay, I visited churches belonging to a various range of denominations and I could remark upon the harmony relations between citizens.

You attended a briefing by Kazakh government officials concerning the advancements in Kazakhstan’s torture prevention mechanism. Could you tell us about the results of this event and your impressions?

I appreciate the efforts of the Kazakh party in solving issues related to equal opportunities, respect for human rights in all the valences of this issue, including domestic violence. We need to support judicial reform in Kazakhstan.

We support Kazakhstan’s legal reforms, providing experience and know-how, in particular through financial and technical cooperation and specific projects funded under the European Instrument for Democracy and Human Rights. Kazakhstan is the recipient of EU funding for humanitarian and civilian aid and disaster risk reduction measures as well as improving school safety and health system training.

I know that since Kazakhstan’s accession to the United Nations Convention against Torture and its Optional Protocol, much work has been done to create a national system to combat torture. The criminal legislation has been brought in line with the norms of international law; new criminal procedural and penal enforcement codes have been adopted.

The rights and obligations are both for the state and its citizens. The key is to respect the law and then everything will go well.

We believe the role of the diaspora is particularly important in strengthening bilateral relations, in ensuring better understanding among peoples. We particularly appreciate the permanent support that Kazakhstan gives to the Romanian community in your country, which is quite numerous, over 20,000 people. Whether living in Karagandy, Almaty or Pavlodar, they enjoy the constant care of central and local authorities. Similarly, in Romania, we have a small Kazakh community that enjoys rights and protection from the Romanian state and the authorities, and the Kazakh Embassy could confirm these aspects, because they are closely involved in these issues.

We will also try to support the organisation of events in the two countries designed to help preserve and promote their cultural identity without neglecting an important element: everything must be done with respect for and promotion of the national specificity of the countries of residence.

I would like to point out in this context that the way Kazakh President Nursultan Nazarbayev knows how to maintain balance and good understanding among more than 100 different ethnic groups can be a good example for anyone.