ASTANA – This year is a milestone for global nuclear non-proliferation efforts with a much-anticipated meeting of South Korean President Moon Jae-in and North Korean leader Kim Jong Un in late April, the first since 2007, and the U.S.-North Korea summit preliminarily scheduled for May. Though their outcomes are yet to be known, the willingness of the North Korean regime to engage in negotiations is a big step forward for anti-nuclear activists worldwide. 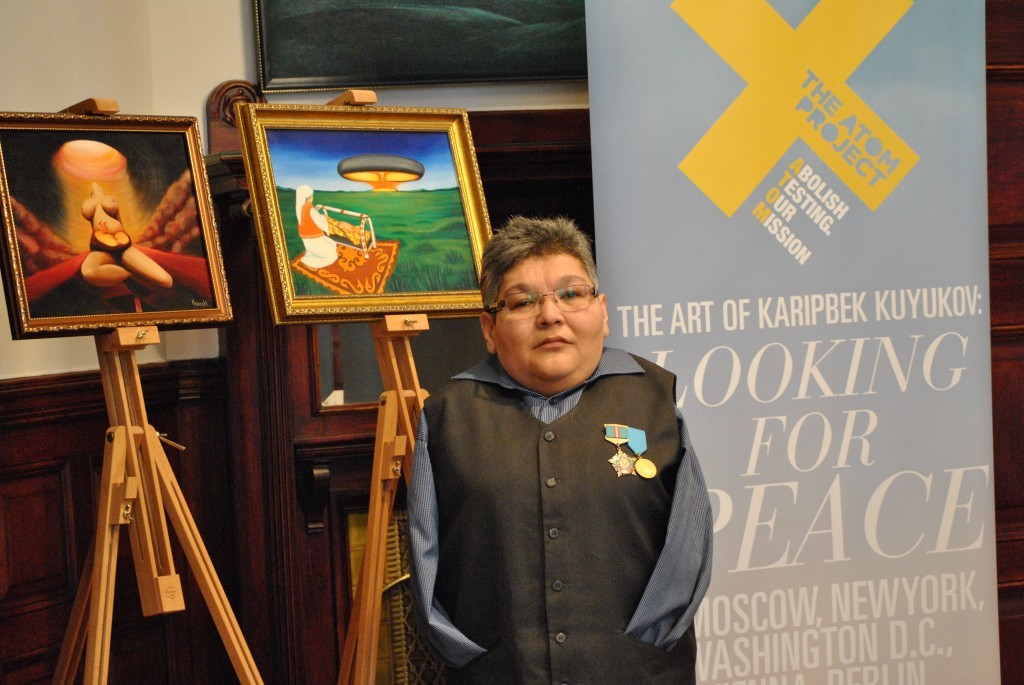 Kazakh anti-nuclear activist, artist and Honorary Ambassador of The ATOM Project, a global anti-nuclear weapons effort initiated by Kazakh President Nursultan Nazarbayev in 2012, Karipbek Kuyukov believes the upcoming U.S.-North Korean summit is an “unprecedented move,” but he does not hold great hopes the meeting will produce much progress toward significant disarmament.

“The meeting of the U.S. President and the North Korean leader will undoubtedly become an unprecedented step, but I believe this will be a simple attempt to discuss the current state of relations between the two countries. President Donald Trump seeks to show his willingness for negotiations, but I am not sure whether the outcome would meet his expectations. And this is what the North Korean leader understands,” said Kuyukov in the interview for the story.

The meeting should be approached with care, he said, because it could also have a negative outcome and even “produce an opposite effect.” “There are no positive heroes” among nations that continue to maintain nuclear arsenals, he said.

Nuclear disarmament is of great importance for Kuyukov, who is among 1.5 million people affected by the more than 450 Soviet nuclear weapons tests conducted at the Semipalatinsk nuclear test site in eastern Kazakhstan in the second part of the 20th century. Kuyukov was born approximately 95 kilometres from the test site.

Due to his mother’s exposure to radiation, he was born without arms but has overcome that challenge to become a well-known artist painting with brushes squeezed between his teeth or toes. He has dedicated much of his diverse art lately to painting victims of nuclear weapons testing. He travels the world as The ATOM Project Honorary Ambassador displaying his art and advocating for nuclear disarmament.

“Like never before, today we need to intensify our fight against nuclear weapons. I believe the countdown for peace has started. The nuclear situation has escalated up to a point when any spark might result in a catastrophe,” said Kuyukov.

The ATOM (Abolish Testing. Our Mission) Project is also a partner of The International Campaign to Abolish Nuclear Weapons (ICAN) that last year received the Nobel Peace Prize “for its work to draw attention to the catastrophic humanitarian consequences of any use of nuclear weapons and for its ground-breaking efforts to achieve a treaty-based prohibition of such weapons.”

The organisation with its more than 468 partner organisations in 101 countries stood at the vanguard of The Nuclear Weapon Ban Treaty adopted by the UN General Assembly in July 2017. One-hundred and twenty-two countries voted in favour of the treaty at the UN, not including nuclear weapon states and their allies.

“ICAN certainly carries out a huge work against nuclear arms. They managed to attract an enormous number of people to these efforts and this is very important, because this should be done together with the entire world,” said the Kazakh nuclear activist.

“It was an honour for us to cooperate with them. I got to know many activists and they became my friends. We organised press conferences, gatherings and meetings in Turkey, Vienna and Berlin,” he added.