ASTANA – Israeli and Kazakh diplomatic relations, celebrating their 26th anniversary this year, have significant potential yet to be explored, according to Israeli Ambassador to Kazakhstan Michael Brodsky. Israel, which is also marking the milestone of 70 years of independence, was one of the first countries to recognise Kazakhstan as a sovereign state. 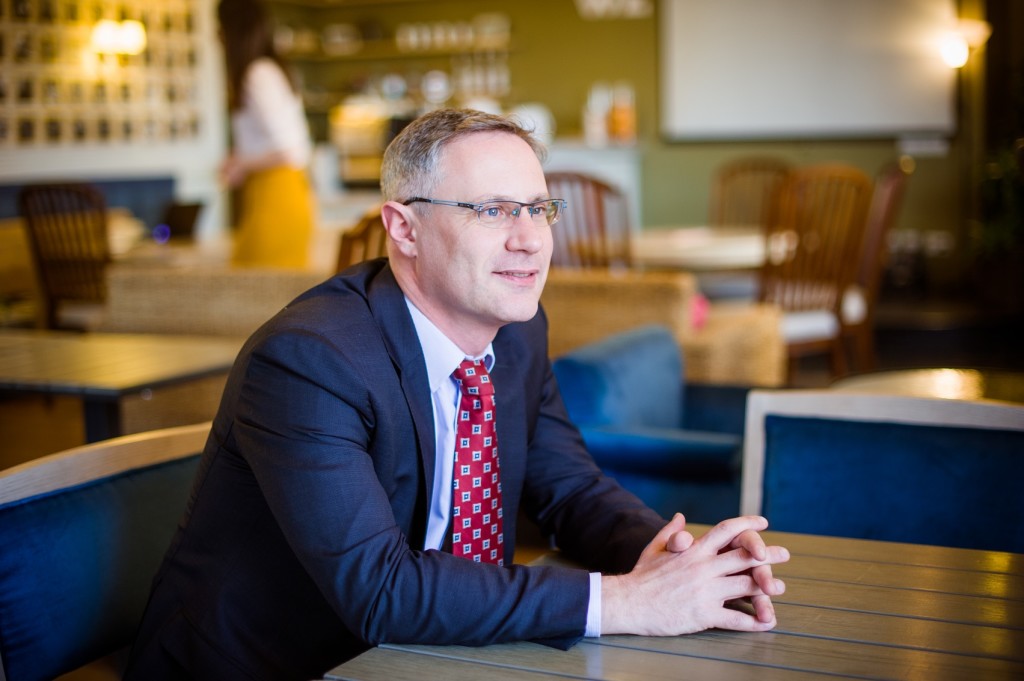 Established in 1948, Israel was at the time home to 800,000 people. To date, its population has increased tenfold to 8.5 million people who belong to different nationalities and confessions.

“Our main achievement in 70 years is that despite all the challenges we managed to preserve a truly democratic state where freedom of speech, political choice and religion are of real value. Israel’s history is, in several terms, unique. It is a state which constantly needs to think about its security; still, it successfully combats terror and aspires for peace, signing peace agreements with states such as Egypt and Jordan. Israel is aspiring towards success and wants other countries to follow suit,” said Brodsky.

He noted Israel is an island of stability in a sea of calamities, pointing to the unstable situations in Iraq, Libya and Syria.

Israel’s economic performance is also praiseworthy, as it recently was recognised among the 30 most developed countries. It also has a firmly established reputation as a nation of start-ups, with the largest quantity of start-up projects per capita.

“More than 4 percent of Israel’s GDP is spent on scientific research. Our country managed to move from an agrarian economy to a model with revenue mostly coming from high technology and its export,” he added.

The Israeli Embassy has planned a series of events, mainly cultural, in Almaty and the capital to celebrate its independence anniversary.

“For the third year in a row, an Israeli band has participated in the International Jazz Festival. Another band is also going to perform at an international festival of modern ethnic music, The Spirit of Tengri, this June. In Astana, there will be a concert featuring klezmer, traditional Jewish music. The band performed in the capital during expo. In the beginning of May, we also plan to hold a huge cultural project and stage the performance of the famous worldwide contemporary ballet troop Vertigo at Astana Ballet. The performance will not only be dedicated to 70 years of Israeli independence, but it will also be a gift to Astana residents on the 20th anniversary of the Kazakh capital,” said Brodsky.

April 10 marked 26 years of diplomatic relations between Kazakhstan and Israel.

“Throughout the period, bilateral relations have been characterised by friendly attitudes from both sides; however, relations between Israel and Kazakh people have formed over several centuries. It is important to note the period of the 1930-1940s, when tens of thousands of Jewish families sent to Kazakhstan were warmly greeted by the local population. We remember that hospitality and launched the Alghys (Gratitude) project,” he added.

This year, the Israeli Embassy held the Alghys project with the aim of collecting the stories of Kazakh citizens whose families helped Jews coming to their country. The winner, a school student from Almaty, was awarded a trip to Israel.

“We received tens of stories, examples of noble attitudes towards Jews, and learned a lot of new things from them,” said Brodsky.

“As regards to recent times, we started from scratch and achieved a lot in 26 years. In economic terms, Israel imports oil and other natural resources from Kazakhstan, with 15 percent of imported oil coming from Kazakhstan. At the same time, Israeli technologies in medicine, security and agriculture are popular in Kazakhstan. Numerous doctors had an opportunity to do internships in Israel. However, we want more intensive cooperation, which currently faces several obstacles, such as the absence of direct flights, for example,” he added.

The ambassador commended governmental attempts to modernise the Kazakh economy.

“Each resource-dependent country needs to diversify its economy and Kazakhstan has chosen a correct direction of development. However, this cannot be done alone. It is useful to use and apply the experience of other countries that achieved success in high technologies. Israel, perceived to be one of such countries, is ready to assist Kazakhstan. We welcome experts involved in the process to visit Israel, study and then apply our experience, if relevant. We have something to share, not only in medicine and agriculture, but also in infrastructure development and the energy sector,” he noted.

Israeli business people are ready to work in Kazakhstan. Mostly medium-sized businesses are represented in Kazakhstan and there are several joint projects in medicine, agriculture and security. Greenhouses and poultry farms have been built using Israeli technology. The potential has not yet been fully exploited.

“We can talk of more significant projects. To my knowledge, an idea of establishing joint fund for investments in agriculture using Israeli technologies is under discussion. Such a project, for instance, would certainly spark closer cooperation in agriculture,” he added.

Fintech and cybersecurity are other promising directions for cooperation. Recently, the Tel Aviv Stock Exchange and Astana International Financial Centre (AIFC) signed a memorandum of cooperation with a particular focus on cybersecurity.

“In the 1990s, thousands of Jewish families moved to Israel; however, there is a diaspora in Kazakhstan, mostly residing in Almaty. They feel comfortable, secure and have the opportunity to follow a Jewish lifestyle in Kazakhstan. I believe this is a bridge which connects two countries and assigns personal character to our relationships,” said Brodsky.