Ethics board to both prevent corruption and protect civil servants’ rights

The original meaning of the term of ethics was joint housing and the rules generated by co-residence, norms that unify the society, overcoming individualism and aggressiveness. 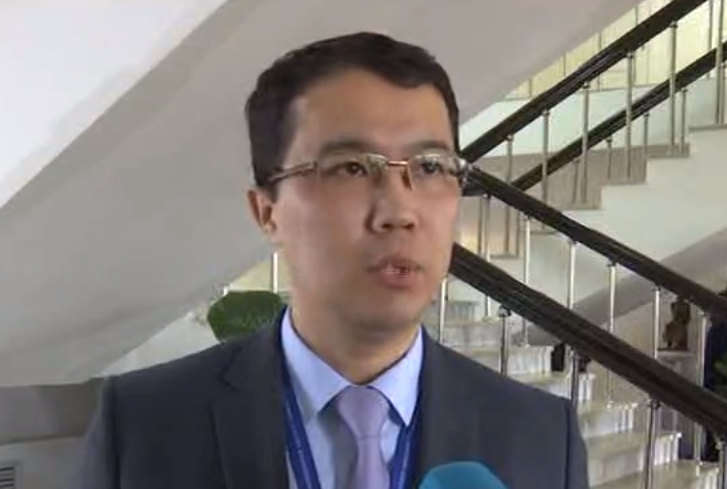 With social development, the meaning was expanded and is now understood to mean a conscience, mercy, justice, solidarity, which direct moral development of social institutions and relations.

In modern society, the term of ethics is used to refer to a system of moral and ethical standards.

In the civil service, ethics is very important. After all, in order to have a transparent, effective and credible government apparatus, it is necessary to develop a workplace culture and off–duty behaviour of civil servants.

So, in order to achieve the goal of forming a professional government apparatus, within the framework of the implementation of the President’s Plan of the Nations -– 100 Concrete Steps, from the beginning of 2016 the amended Law “On Public Service of the Republic of Kazakhstan” has been enacted. A new Ethics Code, which determines the values ​​and principles of service, regulates the standards of conduct of civil servants at workplace and at home, and ensures their anti-corruption behaviour, has been approved as well.

In light of the adopted new laws and regulations, and, following the course of the state aimed at the formation of a professional government apparatus, a new need has arisen for an institution that does not only aim to punish government employees for disciplinary offenses, but also takes precautionary, preventive measures.

This is the way how a new institute of Ethics Board was established by the decree of the President of Kazakhstan in December 2015, replacing the disciplinary councils.

Previously, the functions of the disciplinary councils included only the consideration of personal cases in relation to civil servants and persons equivalent to performing state functions who committed offenses.

A significant distinction of the Ethics Board is that in addition to considering the disciplinary cases in relation to civil servants and bringing responsibility, great attention is paid to preventing violations of the legislation in the field of civil service, analysing corruption risks, the work of ethics commissioners and the preparation of relevant recommendations.

This goes to approve the fact that the purpose of the state is not to punish government employees, but to adopt preventive measures which are aimed at preventing the offenses.

For example, if the ethics boards considered 1,783 issues in 2015, which includes 1,328 (74 percent) disciplinary cases, then in 2016 this figure was reduced to 54 percent, and in 2017 to 48 percent. At the same time, the issues of system-based prevention of offenses and norms of professional ethics were examined 297 times, including those which were considered on the basis of analysis of corruption risks. Simultaneously, at meetings of the ethics boards, much attention is paid to the social protection of civil servants.

In this vein, within the framework of the implementation of the Comprehensive Plan on Improving the Ethics of Civil Servants for 2018 developed by the Agency for Civil Service Affairs and Anti-Corruption of Kazakhstan, during the meetings of the ethics boards, different matters are considered, such as maintenance of the work schedule and work arrangements, possibilities of provision with housing and land parcels, free medical treatment of the government employees and their family members, free access to public institutions.

Another advantage of this institution is its composition, which includes representatives of the mass media, non-governmental organisations, the scientific and educational community, deputies of the Senate and regional maslikhats (assemblies) and heads of the regional branches of the Atameken National Chamber of Entrepreneurs . This is an evidence of the openness and transparency of this institution.

Also, it should be noted that our agency is taking measures to strengthen the role of members of the ethics boards. In this regard the territorial departments of Astana, Kostanai and South Kazakhstan regions tested a pilot project aimed at granting the right of independence to the members of ethics boards while carrying out activities on the prevention of offences and improvement the quality of public services.

Due to the positive results of the pilot project, all territorial departments of the agency applied the said experience as well.

In summary, it can be said with confidence that the Ethics Board is set to become not only a tool for the prevention and punishment, but also a platform for protection of the civil servants’ rights.

The author is Director of the Department for Control in the Civil Service of the Agency for Civil Service and Anti-Corruption of the Republic of Kazakhstan.