Central Asia must build relationships, seek solutions from inside out

Central Asia sees a new reality unfolding. Central Asia itself must progressively build its new regional identity. Up until now, it has been built from the outside. 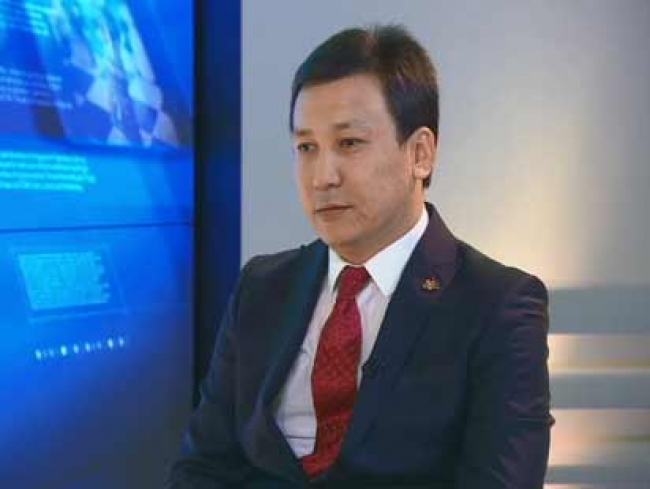 The region had a socio-political, cultural and economic order for these processes, which is, by the way, over 20 years old, for the warming of relations between the new independent states of Central Asia sharing cultural, linguistic, ethno-confessional and historical ties.

A common future not only based on beautiful and pompous words about brotherhood, unity, but based on the fact that pragmatism of modern international policy justifies mutual, pragmatic, mutually beneficial bilateral and multilateral economic relations.

More importantly, we need solidarity both regarding common external affairs (proximity to an unstable Afghanistan, the growth of extremism, risks of terrorism), and exclusively internal ones – water agenda and water and energy problems, trans-boundary rivers and water disputes, the Aral Sea, environmental issues, transport and logistics, unfinished demarcation and delimitation of borders, building regional relations with key neighbouring powers, Russia and China, as well as with Iran, India and Pakistan, as all the Central Asian countries have almost similar main vectors and tracks of interaction with them.

As for Kazakhstan’s interests, many of its problems are mostly of a trans-boundary nature, which can be solved only by joint, consistently concerted efforts, without unnecessary moves from Central Asian partners.

All our peoples have a proverb “One does not dig a well by the river.” That is, Central Asia has to find a solution and minimize external and internal risks by itself. That is why it is necessary to work proactively at the highest level, and that is what Central Asian leaders demonstrate, setting the tone for everyone, to actively increase trade turnover, mutual investment, to create a truly free space for capital flow, services and labour.

Here is a contrasting example. In the 25 years of independence, there has been no direct bus service between neighbouring Kazakhstan and Uzbekistan. And last year finally saw the launch of the bus service between Shymkent and Tashkent. Whereas Europe, the former socialist Central and Eastern Europe, has been having direct internal inter-country tourist bus tours such as Visegrad Tour, Shining Carpathians, Five Capitals for decades.

Given that foreign ministers of Central Asian states first met together only on Sept. 2, 2017 at the UN General Assembly in New York, it is clear that we need to catch up.

It should be noted, however, that with the arrival of the second president of Uzbekistan, Shavkat Mirziyoyev, the dynamics of bilateral and multilateral cooperation in Central Asia have shifted towards a positive direction.

Right after coming to power, President Mirziyoyev set a priority to normalise relations with Central Asian neighbours. His prompt visits to Ashgabat, Dushanbe, Bishkek and return visits of leaders of these states gave a powerful impetus to the positive trend. The visa regime unnecessary for the neighbouring Tajikistan and Uzbekistan, that share culture and history, has been eliminated.

Uzbekistan is the only Central Asian state that shares borders with all other four states of Central Asia and Afghanistan. A new constructive dialogue between Astana and Tashkent is efficient and meets national interests of the entire region. After all, figuratively speaking, each train has two locomotives.

Thus, in 2017 alone, Kazakhstan and the Republic of Uzbekistan signed 27 new bilateral documents of various levels, new agreements amounting to $1.2 billion; 400 companies entered mutual markets through active business forums. The target is set to bring Kazakh-Uzbek trade to $5 billion by 2020 and to reach $2 billion by the end of 2018.

The new Kyrgyz leader, Sooronbay Jeenbekov, also started his presidential tenure with clear signals to Astana and the region about the readiness for constructivism.

The crisis situations, which unfortunately took place between Kazakhstan and Kyrgyzstan at the end of last year, are, on the one hand, an indicator of the growth of relations, and ironically, their dynamics, and on the other, that bilateral relations require a new pragmatic approach.

Most importantly, the new President of Kyrgyzstan and President of Kazakhstan Nursultan  Nazarbayev prevented the precedent from turning into the norm of bilateral relations. However, this happens all too often, as the international practice shows. Central Asians can negotiate. Central Asia is probably one of the quietest regions of the world that prevented open military conflicts on any of the tracks over 25 years. The credit for this should also be given to Central Asian leaders, both acting and those who have gone to a better world, in particular, the first President of Uzbekistan, Islam Karimov.

In general, we need to shift away from any paternalistic notes in communication and interstate cooperation. There are no older or younger brothers. There are interstate relations and national interests. Adequate pragmatism will set things straight.

The state visit of the President of Tajikistan Emomali Rahmon to Astana on March 14 also resulted in opening new horizons.

Turkmenistan, consistently following the course of state neutrality, is an interesting market for goods and services from Kazakhstan and other Central Asian countries.

This means that in Central Asia, time and economic context lead to adequate pragmatism.

It is necessary to clearly understand that as long as this can and should be solved in the traditional format of Central Asian five countries, it is necessary to develop clearly aligned positions, rejecting the primacy of rigid state egoism.

The sixth player, silent at the present, now addresses its internal urgent problems of war and peace, but will soon announce its geopolitical vision of the solution of these issues. This is naturally about Afghanistan, which is not yet up to resolving regional issues because of a bloody war. However, sooner or later, after achieving military and economic stability, Afghanistan will make a case for its rights and interests on water use from trans-boundary rivers, hydropower agenda and many other issues.

Moreover, Central Asia should work together on issues of comprehensive assistance to Afghanistan. Peace and tranquillity in this country is the basis of regional security and stability. In this issue it’s time for Central Asian countries to show a clear and unambiguous regional personality.

An interesting situation has developed in the economic, military and technical spheres of Central Asia. Three states of Central Asia are not members of the Eurasian Economic Union  (EAEU): Uzbekistan, Tajikistan, and Turkmenistan. Three states of Central Asia are members of the Collective Security Treaty Organisation (CSTO): Kazakhstan, Kyrgyzstan, and Tajikistan. Uzbekistan withdrew from the CSTO membership in 2013 when Islam Karimov was the president. Three states are World Trade Organisation (WTO) members (Kazakhstan, Kyrgyzstan, and Tajikistan), the other two are not. But as one  can see, with political will, these issues cannot and should not become watersheds in bilateral and multilateral relations.

With all things considered, I would like to emphasise that Central Asia is absolutely not exclusive as a region on the political and economic map of the world. The problems that it faces are also not exclusive.

Similar agendas were faced by the countries of Eastern Europe – Poland, the Czech Republic, Slovakia and Hungary. They established an effective four-sided format of the Visegrad Group, which is unofficially called the Visegrad Four, Visegrad Quartet. The official slogan of the Visegrad Group: European Quartet – One Melody. This nice slogan reflects the geopolitical focus on joint solution of external and internal political issues.

I believe the expert and analytical community of Central Asia and regional foreign offices need to systematically study the experience of the Visegrad Group.

All five Central Asian countries sleep under the same patchwork quilt, and although they see different dreams, they should wake up at one time and take up the same things.

I believe we should fill the gaps of those 25 years, over which we did not establish a joint expert, scientific and research Central Asian centre, in which researchers and experts of all five countries and Afghanistan could now work together on a rotational basis, adapt to each other. It is high time to establish an Institute of Central Asian Studies.

Summing up, the format of the consultative meeting, which was proposed by the President of Uzbekistan Shavkat Mirziyoyev, supported by the leaders of other Central Asian countries, and resulted in a meeting in Astana on the eve of Nauryz holiday, is effective. Nauryz itself is symbolic, having acted as a logical trigger for the meeting, which some have called the Summit of the Heads of State of Central Asia. There are many stereotypes around Central Asia, from which partners need to get rid of both inside and outside the region.

In Central Asia, a new reality is emerging. Central Asia itself should build its new regional identity. So far, it was built from the outside. The meeting of the presidents of Central Asian countries on March 15 in Astana confirms that after 25 years of independence new pragmatic approach in bilateral and multilateral cooperation in the region is needed, which they are laying down as elites.