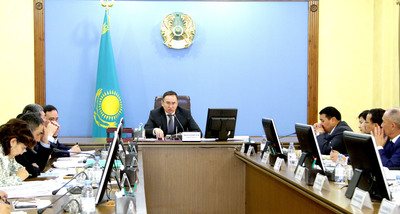 More than 630.2 hectares were cultivated in 2017 and the region plans to create 41 milk and meat processing cooperatives, adding to the existing 26 cooperatives across the region.

The farming sector is also expected to increase output, as last year beef production reached 59,400 tonnes and is expected to rise to 72,100 tonnes by 2021. The region also plans to increase the number of small cattle up to 2.9 million heads by the same year, said Nurzhigitov.

Entrepreneurship and Industrial-Innovative Development Department Head Karlygash Aralbekova said the priorities envision the systematisation and development of processing industries, more loans for entrepreneurs and funding for investment projects in the region.

The development map, she noted, lists 330 enterprises in the processing industry and identifies challenges to growth.