By Aigerim Sadykova in International on 4 March 2018

ASTANA – The Baku-Tbilisi-Kars (BTK) high-speed railway route initiated last fall will transport Kazakhs to Turkey and Europe by the end of the year. 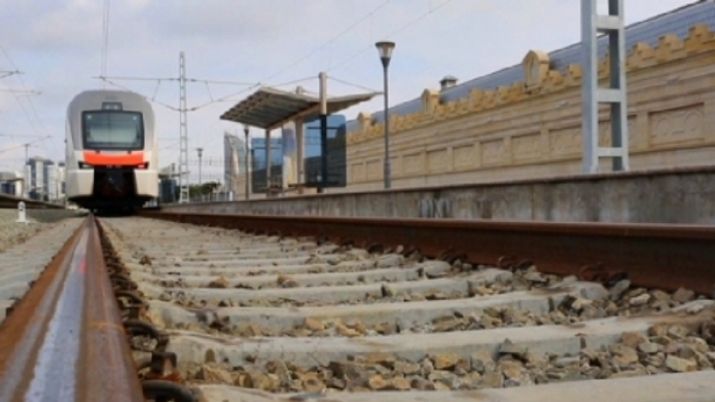 “One of the important factors of tourism is transport. The BTK railway route opens great potential for tourism passing through the Great Silk Road. This is a good opportunity for tourists from Kazakhstan and other Asian countries visiting Turkey and other countries,” said Azerbaijani Ministry of Culture and Tourism press secretary Vugar Shikhmamedov.
The system is scheduled to carry tourist trains as well as provide special projects for travellers, he added. Trips will include two-three day sightseeing tours along the Great Silk Road. The trains will have a capacity of one million passengers per year.
Azerbaijan Railways, which intends to provide passenger trains on the route, is in the process of solving certain technical issues.
“The technical issues are that the rails on the Azerbaijani territory are 1,520 millimetres wide, while the Turkish are 1,435 millimetres. We need to replace the wheels or implement this process in an automatic mode in order to change one set of rails to another. We have already booked carriages with the required technical conditions,” said company head Javid Gurbanov.
The system expects to begin passenger runs to Kars by the end of the year. BTK will significantly increase the tourist flow from East to West and back.
The 826-kilometre route is part of the Trans-Caspian International Transport Corridor, which connects the railway networks of Azerbaijan, Georgia and Turkey. Starting at the shores of the Caspian Sea in Azerbaijan, it runs through Georgia’s capital and the eastern part of Turkey before merging with the Turkish and European railway systems.
Kazakh Prime Minister Bakytzhan Sagintayev, Azerbaijani President Ilham Aliyev and Turkish President Recep Tayyip Erdogan took part in the opening ceremony last autumn, demonstrating the importance of the project to the Central Asian and Caucasian nations.
The European Union (EU) greeted the BTK launch, calling it the main element of the transport system connecting its countries with Azerbaijan, Georgia, Turkey and Central Asia, according to the EU website.
The BTK railway is expected to transport up to eight million tonnes of cargo by 2020.
“Nearly 15,000 containers are to be transported from Turkey to Kazakhstan, Central Asia, China, the Caspian Sea ports, the Black Sea basin and in the opposite direction. Through 2020, we can safely achieve more than seven-eight million tonnes of traffic through our corridor,” said Kazakhstan Temir Zholy President Kanat Alpysbayev at the November roundtable in Washington, D.C.