By Dana Omirgazy in International on 20 March 2018 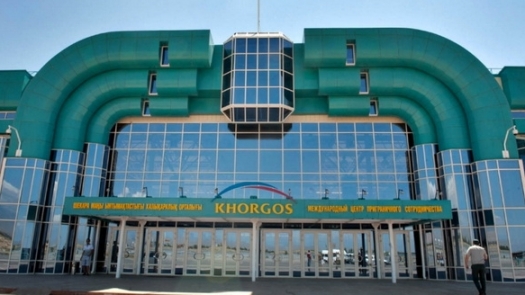 Each tourist may take only one bag on the bus at the Kazakh-Chinese border; the rest of the cargo is delivered through KazPost points, according to the centre’s press service.

“Unsatisfied with the imposed restrictions, certain unscrupulous entrepreneurs try to destabilise the situation, carrying cargo of 50 kilogrammes several times a day. They literally storm buses, trying to transport cargo in large quantities. Employees of the centre prevent this practice and intend to restore order to the passengers and baggage transportation system,” said the report.

The Kazakh part of the centre currently has a sufficient number of buses for its passengers. Ten more vehicles were purchased in February and a fleet of 50 new buses will begin operation by the summer. Cargo, however, will not be permitted on passenger buses.

At the same time, work is continuing to arrange adequate transportation for tourists and their baggage.

“To provide quality service for luggage transportation, the centre is improving the system for passing goods through luggage terminals, where their registration will take place. There are plans to open three additional baggage drop-off points on the Chinese territory of the centre. Baggage will be transported by truck separately from the passenger and will be brought to the baggage claim area outside the customs control line. Further work on baggage transportation provides for differentiation of oversized cargo, commercial and tourist. For this, new trucks have been purchased,” reported the press service.

Plans are underway to build a new luggage terminal by the end of the year. With its completion, transporting goods, customs control and receiving baggage at the centre’s exit will be fully automated.